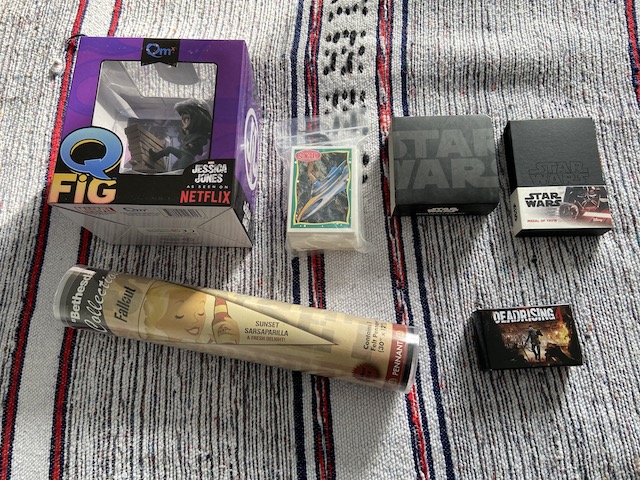 This review is for the February 2021 box, which arrived with me through Royal Mail. There was no separate internal box this time, just a standard looking outer box covering a range of The Hut Group companies.

The items in these boxes can vary a lot from subscriber to subscriber. As such, there was no information card included.

Subscriptions to My Geek Box are available. The price within the UK is £23 GBP ($29 USD) on a month-by-month basis, with postage included.

This one is tough. I like Q-Figs in their oversize packaging. But this is the fourth time I’ve received this one, which was originally a Loot Crate exclusive.

If you want to see when, I’ve had this in the December 2017 Bonus Loot Crate, the August 2019 My Geek Box and the October 2020 My Geek Box. Yes, three times in My Geek Box alone! Still, never twice in the same year.

For consistency, I’ll continue to value this at $10 USD. 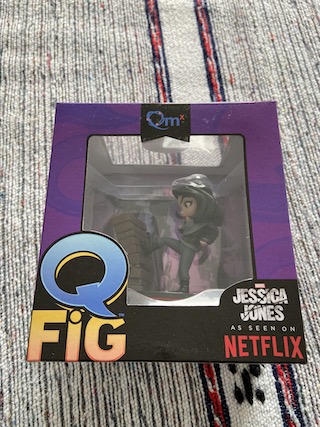 Now, this is the kind of item I could get excited about…

I say could… as I only received it last month in the January 2021 My Geek Box!

Now, on the positive side, this one is genuinely useful, so I could very easily give this away as a present. It is a multi tool, so you can have a screwdriver, pen knife and other items all at hand in a compact tool.

This is actually the third time I’ve received this, as it was also in the October 2018 Zavvi ZBox.

For the value assessment, I’ll stick at $4 USD. 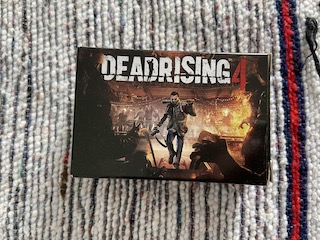 This unrolls into a triangular banner.

I have had other pennants in this series before with My Geek Box, but not the Fallout one.

It isn’t to my taste, but there is some value here. I’ll assign this at $9 USD. 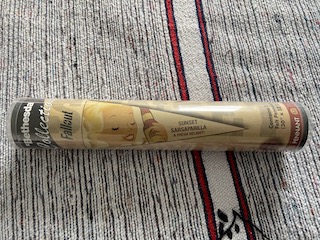 This is a nicely boxed item, which also comes in an internal bag. It is produced by Tomato Source Ltd in the UK. It is an official Disney item.

You can see a similar Japor Snipper Necklace on Amazon.com, but that one is made by a different company and is in a differently styled box.

This one is hard to value as I’m struggling to find this version online. There are other similar necklaces. I’m going to go with $15 USD. 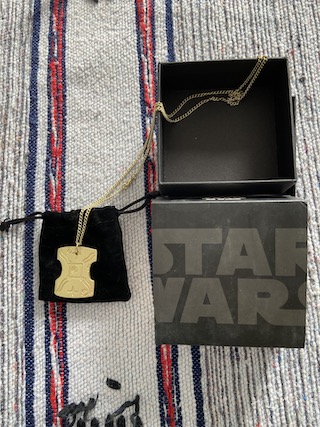 Another official item made by Tomato Source Ltd. Again, it is neatly boxed.

Despite what the name suggests, it is a pin, with a printed ribbon on the box it’s attached to. I’m not much of a fan of pins, but this one is decent. 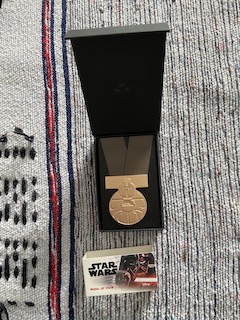 A really cool item! This is a full set of 66 trading cards, originally released in 1993. They came in a plastic bag and cover Thunderbirds, Stingray, and Captain Scarlet.

Originally, you would have purchased these in mystery packs and tried to collect together the full selection.

I’m not sure what the story is behind these, but I believe they are new.

They do seem quite readily available from a few sources. As such, I’ll value them at $10 USD, but I do think this is the best My Geek Box item I’ve had for quite a while! 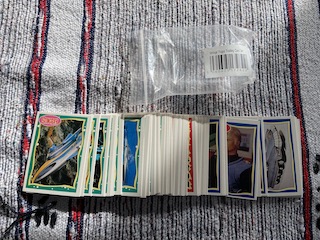 The most interesting My Geek Box I’ve had for quite a while.

I get $58 USD of value, which is double the cost price. Now, the box has the same problem My Geek Box often has – of duplicate items. And really there’s no excuse for sending the same item two months in a row. But the other items make up for it.

I love the trading cards. So interesting to have, to look at the photos and read the facts.

The Star Wars items are a lot of fun too.

I’m keen to see what is in the next My Geek Box. They have access to a lot of very good and unusual items. I never thought I’d say this, but the return of a T-Shirt to the box would be nice!