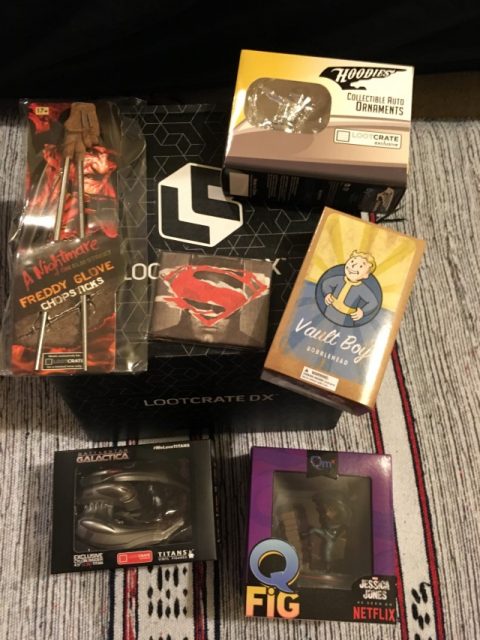 Loot Crate is a mainstream geek subscription box that often produces its own line of unique items. It also often gives special offers.

This is the review for a bonus box that I picked up recently. The Loot Crate deal was to provide a special package alongside any twelve month subscription.

I picked up one of the Loot Wear (geek clothing line) deals, which will give more reviews for this site over the next 12 months.

The special box arrived in the UK without fanfare and in a giant size box, well one rather big for Loot Crate. Based on the box it looks as this is the one used for Loot Crate DX.

The box itself was rather light, so I didn’t expect to find much inside, but I was pleasantly surprised. I don’t recall a shipping notification, so the box arrival was also a surprise.

This was a special box, so I don’t have a price comparison, but if you are interested, Loot Crate has a few differently monthly subscription options available. Taking into account UK shipping, their main box (which prices in pounds and which can vary based on the exchange rate) goes for £24 GBP ($30 USD).

If you are in the UK, Loot Crate now ship from the UK (I presume that they send everything to a central point and it’s passed on through there). That’s handy if you’re worried about custom charges.

This looks like it dates back to the November 2015 Loot Crate. It’s new to me.

I’ll value it based on similar items at $10 USD. 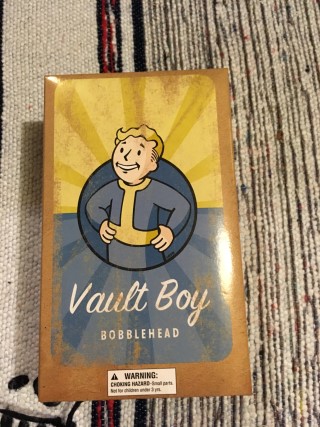 I like this style of wallet, made of tyvex and meant to be impossible to rip, although they don’t have a place for coins.

Unfortunately it’s now a triplicate (I’ve received this twice before), including in a Mystery Loot Crate from May 2016. 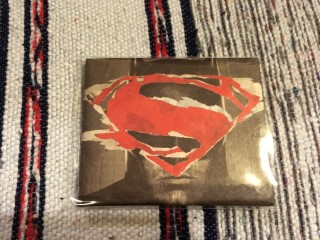 This is rather a nice figure, which dates back to the April 2017.

It is rather easily available now across the Internet, including from Loot Crate itself, so I’ll value this proportionally at $7 USD. 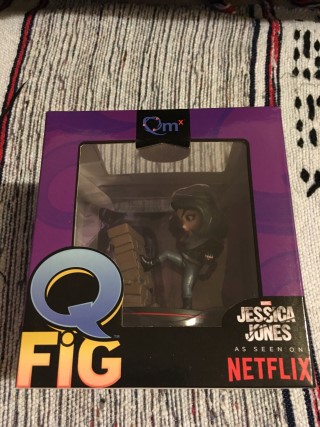 These are different. They were in the October 2016 Loot Crate, appropriate for Halloween.

I’m not good with chopsticks, but I’ll give them a go. A price point at $5 USD seems appropriate. 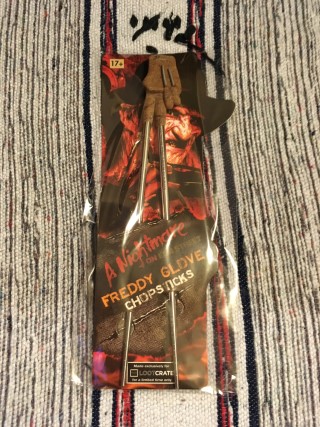 This is something different, dating back to September 2016. Although I can’t really imagine putting this on a car. 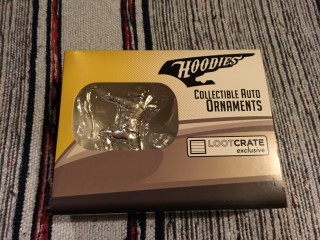 This is another exclusive, from the Titans Vinyl range. It’s a 4.5″ figure.

It was originally distributed in the September 2016 Loot Crate.

I love the show and it’s a neat ship to own.

I’ll use a standard value of $10 USD for this item. 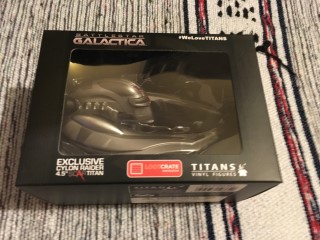 Like These Sample Items? Find Out More About Loot Crate Here

A really great free box from Loot Crate and packed through of their exclusives from their archives.

I get $52 USD of value, better than many of their main monthly boxes.

I always find the archive style boxes interesting, just because they are so unique. This box is no exception.

I think my favourite item is the Cylon Raider vinyl figure, but everything is interesting.

Where Loot Crate does come into its own is with the best of their exclusive items. This particular mystery box had a good mix of them all (and I didn’t miss not getting a T-Shirt).