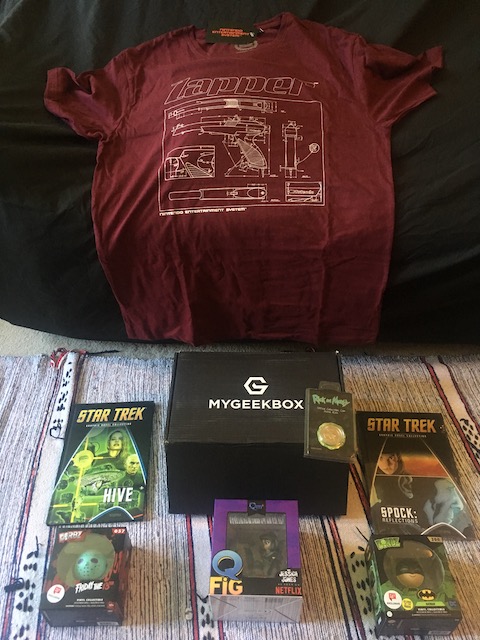 The August 2019 My Geek Box arrived with a selection of geek mystery items and a lot of weight to it.

This a well-established UK geek box. The boxes don’t tend to be themed or come with an information card, so different customers may get a slightly different selection of items.

If you want to subscribe to My Geek Box, it goes for £23 GBP ($29 USD) per month. That price include postage within the UK.

So what was inside? Let’s take a look.

This is an official T-Shirt and a cool retro design.

I like the maroon red colour of the T-Shirt and the line drawing design. 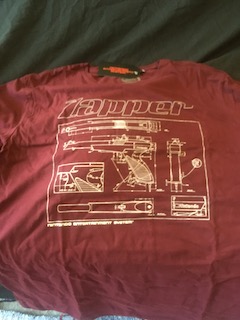 This is the Walgreens exclusive version of this Dorbz. I like Dorbz anyway and it’s especially cool to have a variant including in a geek box.

It’s painted in different colours to the standard version of Dorbz #57.

You can see the Jason Dorbz Variant on Amazon.com.

These variants are always hard to value, but this one looks like it sells for more than a standard Dorbz. I’ll value it at $12 USD. 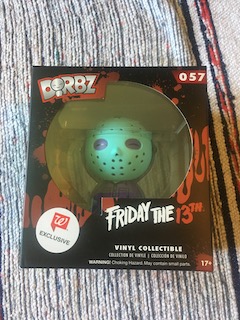 This is Batman in green and it’s a glow in the dark version.

You can see various versions of the Batman Dorbz on Amazon.com. This version is quite hard to find. 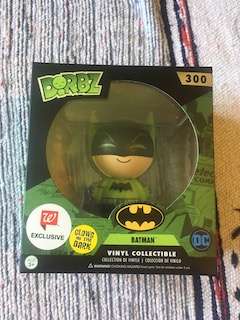 My Geek Box tends to contain a collectible coin every month. This box contained another one.

Unusually, it is not numbered, although it is from a popular franchise. This one is made by FaNaTtiK.

This coin is hard to find online. I’ll use a value of $5 USD. 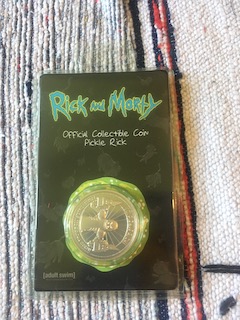 My Geek Box has had a lot of previously exclusive items from Loot Crate in recent boxes. I believe this is another one, dating from their April 2017 box, although there are no Loot Crate stickers included.

I’ll value this at a typical value for this type of figure of $10 USD. 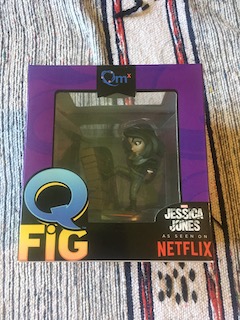 There are hardback books with a collection of Star Trek comic strips inside, originally released as part of a collectible series.

This Graphic Novel Collection, originally released in 2016, contains four issues of the Hive story from IDG, along issue 3 of the Star Trek comic released by Gold Key in the 1960s.

These are hard to value. The cover prices are expensive, but the early issues were made in much higher numbers than the later volumes and so are quite easy to get hold of. I’ll go for $8 USD. 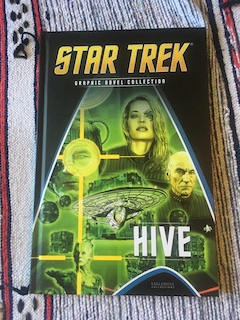 This is Volume 4, containing four more IDW issues. This is a mini-series based around Spock and leading up to the 2009 Star Trek film.

There’s also a Gold Key comic with the story The Peril of Planet Quick Change, which also happens to be focused around Spock.

The book contains a paper slip saying that Volume 4 is the final issue of the Star Trek Graphic Novel Collection, which is interesting. This has now had something like 100 volumes published and is released weekly, so they must have resolved whatever issues they had. 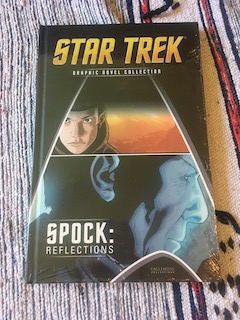 Excellent value in this My Geek Box. I get $68 USD of value, which is over double the cost price.

Most importantly, the items are interesting, with several hard to acquire items inside.

There are two books that will be read, a T-Shirt that will be worn and some interesting Dorbz variants. Only the coin lacks value to me, but even that’s a step up on the pins a lot of boxes contain.

I continue to recommend My Geek Box for the great collection of geek items you can find inside.