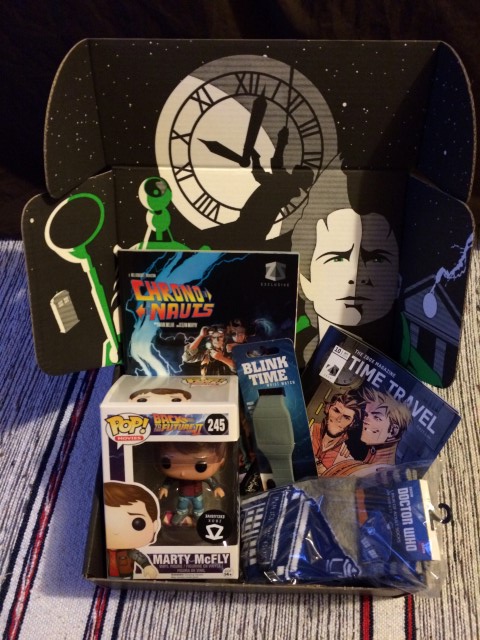 The ZBox has also changed the time of the month it gets released, now being sent out at the start of the month.

The changes have had led to some Customer Services challenges. I ended up with two subscriptions (and subsequently two of the November 2015 Time Travel box). despite attempting to cancel one and being told that this had happened. To their credit, Zavvi have agreed to pay for the duplicate box to be returned and I so I have to presume that the additional payment will be refunded without incident.

The standard subscription, paid monthly, including delivery within the UK is £19.99 GBP ($30 USD). This time, the boxes (both of them) were delivered by Royal Mail, making this a smooth delivery experience.

Back To The Future Marty McFly Funko POP! Vinyl (Exclusive)

Zavvi advertised this in advance of the box being sent out, so this wasn’t really a surprise.

This is the companion to the the Dr. Emmett Brown POP! sent with the October 2015 Loot Crate.

The design shows Marty on the Hover Board from Back To The Future 2 and I’m sure that this will be a real collectible.

The standard Marty McFly POP! Vinyl sells for $12 USD on Amazon.com. I’ll use the same figure to value the exclusive, but I’m sure that this is really worth more. 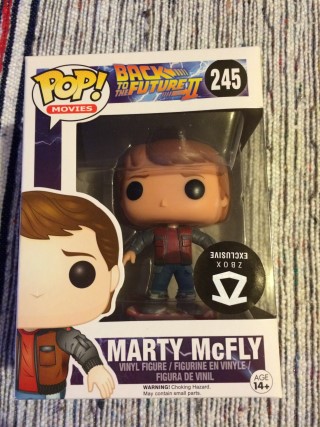 This is a cool design. Grey socks with a blue TARDIS.

These come in UK size 6-11, which will meet most people’s needs.

There are plenty of Doctor Who TARDIS socks available on Amazon.com.

I typically value official geek socks at $10 USD and that figure seems reasonable for this pair. 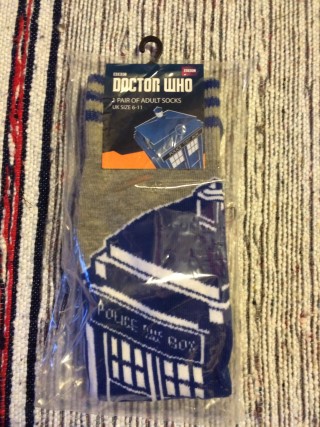 Watches are always useful things to own and this is an exclusive, but I need a more sophisticated timepiece for my day-to-day life.

The novelty for this one is that you have to push the front of the watch and the time is slowly displayed using a red LED. There are loads of similar Blink Time watches available on Amazon.com and Loot Crate featured one earlier this year. 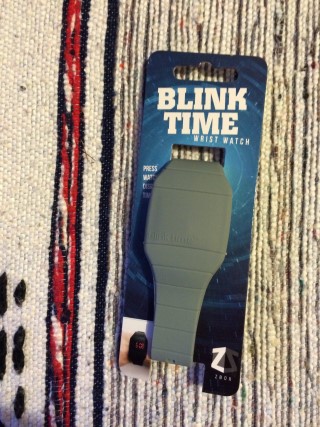 This is a collected graphic novel of a four issues comic mini series, published by Image Comics.

The regular Chrononauts trade paperback is widely available on Amazon.com. The list price is $9.99 USD, which is also the cover price for this exclusive edition. Both versions were only released in September 2015, which is good to see.

The ZBox exclusive version has a different cover, reminiscent of Back To The Future (I believe that this was also used as an alternate cover for one of the comics). 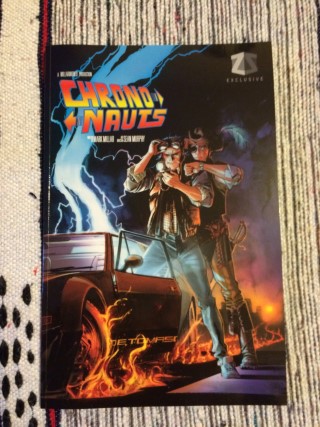 The magazine contains details of the items and some short articles and Zavvi promotional information. There’s not enough here to put a value on it, but it’s useful to have included. 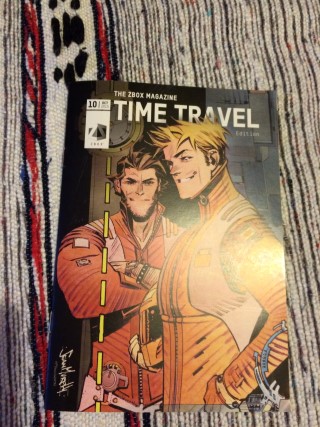 Like The Look Of The ZBox? Find Out More Here

The box had decent weight to it, mostly due to the trade paperback, so I was rather surprised to find only four items.

On a positive, all the items have value to them, although I can’t see much use for the watch. I make that $37 of value, which is slightly above the cost price for the box.

The highlight is easily the Marty McFly Funko POP! which is an excellent design and an exclusive. Just a shame that the “exclusive” sticker was put on upside down.

I’m also looking forward to dipping into the book (which I understand is already optioned as a movie and has a follow-on comic series being released soon).

The socks will get plenty of wear too – they are a really fun and official design.

Happy with the time travel box. I think that this was one item short of being a complete winner, but I’m ready to read Chrononauts (or is that Cosmonauts, Zavvi?) now!