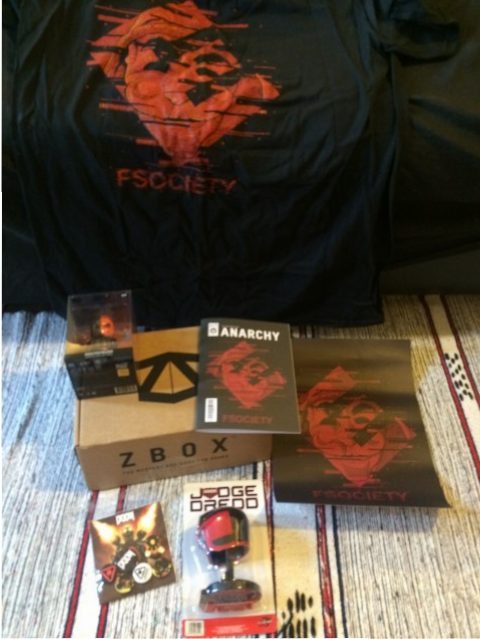 The March 2017 Zavvi ZBox came with the theme Anarchy. The ZBox is one of the most-established of the UK based geek subscription boxes, being backed by The Hut Group.

The box arrived safely through Royal Mail coming in a simple brown printed box. Everything arrived safe and well-packaged.

The box also contained a mini magazine giving details of the items inside with the Anarchy theme, as well as some short articles.

I’ve still never seen this show, but I like the T-Shirt design, which is a simple red print on a black T-Shirt.

I’ll assign a value of the T-Shirt standard here of $10 USD. 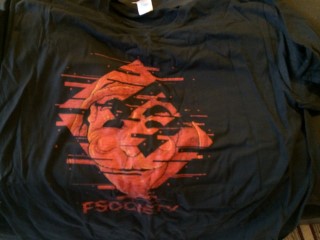 This is a cool figure from DC which is billed as an exclusive.

Based on the standard version of this figure, I’ll value this at $15 USD. 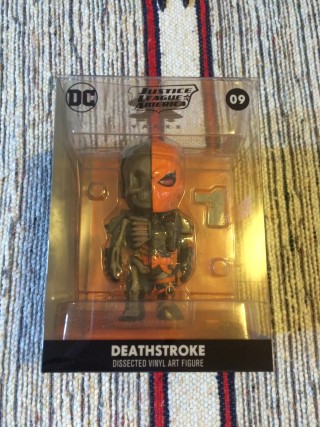 This is almost like a trophy, with a helmet mounted on a stand.

It would look great on a desk.

There are plenty of items billed as a Judge Dredd helmet on Amazon.com, although nothing I can that really reflects this. Based on other items of this type, I’ll value this at $10 USD. 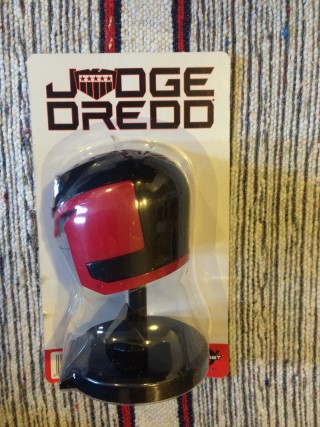 This is a package of six badges. I don’t know if they’re all unique, or if it’s just the way they’re packaged that makes them unique. Still pretty good as geek badges go.

As this is a complete set, I’ll assign a value of $4 USD. 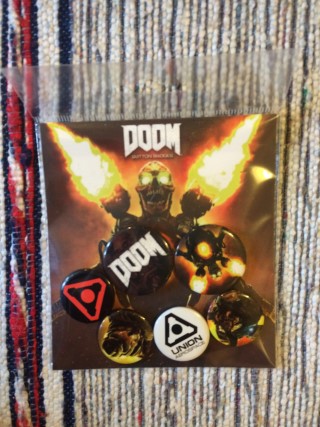 This is either a large print or a small poster. It carries the same design as the T-Shirt, so great if you’re a fan of the TV show. 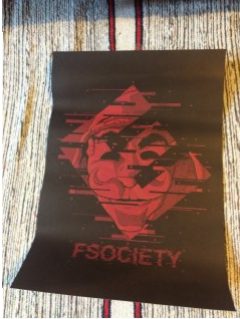 A great Zavvi ZBox if you like Mr. Robot. The same print was used on the poster, T-Shirt and the front of the mini magazine.

Despite that, this is still a much stronger box than the previous Zavvi ZBox I saw, with lots of exclusive and higher value items. I get $41 USD of value, which is well above the cost price.

I do like the T-Shirt design, even though I’ve not followed the series and the exclusive figure is cool too.

Zavvi ZBox is a mainstay of the UK geek box scene for good reason. Their boxes are well worth a look, particularly when packed full of exclusives.