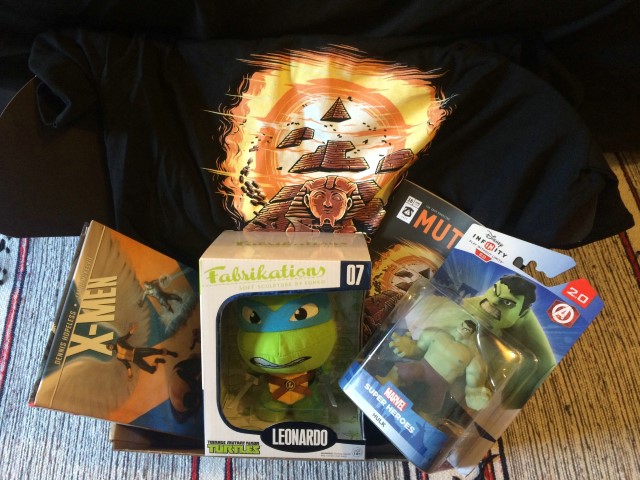 Zavvi provided this ZBox geek box free of charge for review purposes. This does not affect the editorial content of the review.

The Zavvi ZBox seems to vary its release date during the month. Currently, this seems to be on a schedule where the box gets posted out in the middle of the month.

The June 2016 box arrived smoothly, coming with the theme Mutate. The box seemed slightly bigger than usual and certainly heavier, suggesting some interesting contents inside.

If you’re looking to subscribe, the standard Zavvi ZBox price for a rolling month-by-month subscription is £19.99 GBP ($28 USD), which is the price point I’m expecting to see reached in terms of overall box value. That price also includes delivery within the UK. There are sometimes discount offers available for the ZBox too.

The box also comes with a mini magazine detailing the items and carrying a few short articles. I won’t specifically review the magazine, but I thought that the articles were slightly improved on the previous months and this is certainly worth a few minutes reading.

With the launch of the movie, tie in items are all around.

I wouldn’t have necessarily associated this T-Shirt with the X-Men film, but I do like the design and the whole mythology surrounding the pyramids. 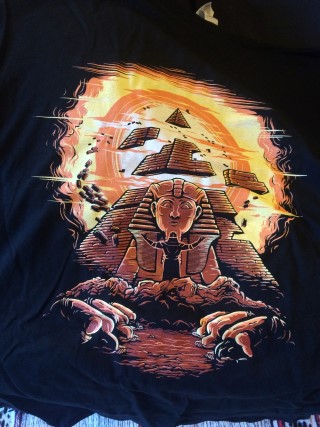 I’ve not come across this series before, but these are large plushes designed for display. They come with feet designed to make them stand up and rotating heads.

Take a look at the Leonardo Fabrikations plush on Amazon.com. The prices for this one are all over the place across different sellers. I’m going to stick with a standard point for the rest of the range at $10 USD. 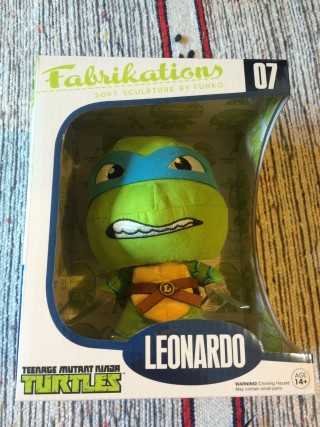 I’ll just rate this as a larger than average figure, with a base to stand it on and a decent weight to it.

The Disney Infinity 2.0 Hulk figure is available on Amazon.com. The standard selling price is $11 USD. 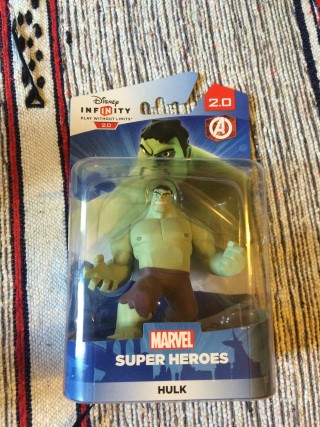 This is a hardback X-Men collection. It took me a bit of detective work to understand the concept behind this one.

Back in 2012, Marvel released a series of books retelling the origins of some of their popular characters, in a modernised seting. Unusually, these were released straight away as books (not as as a collection of previously published comics).

It seems like the idea of these is also to look at the origins from different viewpoints and adding depth. Now, the downside is that these have since been superseded, but they seemed well-received in general when they were released.

From what I’ve read, it looks like this takes an episodic format, similar to if this was a five issue arc of a comic series. Looks interesting and I obviously didn’t read this one first time around, so it’s good to have received this in the box.

You can buy the X-Men Season One book at Amazon.com.

The cover price is $24.99 USD, but this is clearly selling for much less, so I’ll value this at a more reasonable price of $10 USD. 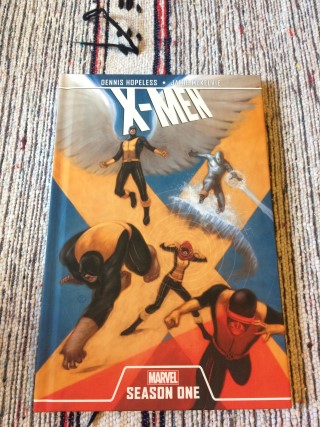 Like The Look Of The Zavvi ZBox? Get Your Own Zavvi ZBox By Following This Link

The downside here is that there are just four items, down on previous boxes, even if they are well-selected.

I make the value here $41 USD, which is certainly up on the purchase price. There are no really cheap looking items, which is always a plush.

Most of the recent boxes have had Funko POP! Vinyls in them, so it was unusual to have a plush (even if made by Funko) instead. As plushes go though, this is one of the better ones that you’ll see.

I always like receiving books in the box too, so it’s great to have had one included this time.

Zavvi is clearly one of the leaders in the geek subscription box world. The boxes are varied, so you don’t always know what’s to come, but really that’s a good thing. I’ll continue to enjoy opening the Zavvi ZBox each month.

Find Out More About The Zavvi ZBox Subscription Options Here