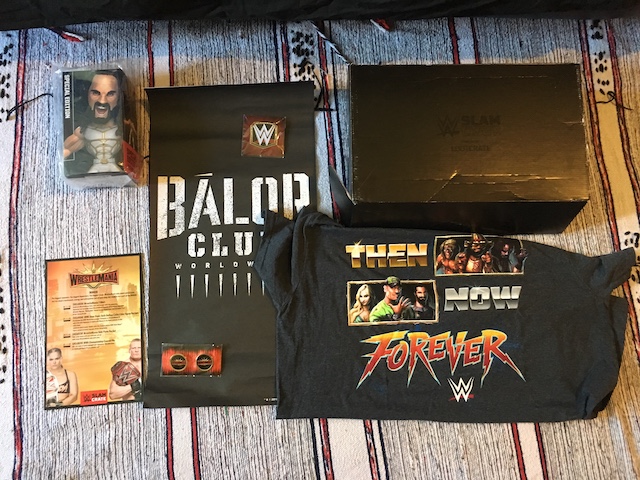 WWE Slam Crate for May 2019 arrived very late, as is the custom for Loot Crate family boxes as of the past few months.

For the unaware, this is a wrestling themed box, released every two months. The May 2019 box came with the theme Mania, as well as an information sheet.

For pricing, including delivery to the UK, this goes for £39 GBP ($49 USD). Unusually for a box shipped from the US, payment is made in pounds, although this can change sometimes based on the exchange rate. Discounts are offered through signing up for a term longer than one crate.

A picture based T-Shirt. Not overly keen on this one, I prefer WWE T-Shirts that are a bit more subtle. But it’s fine. 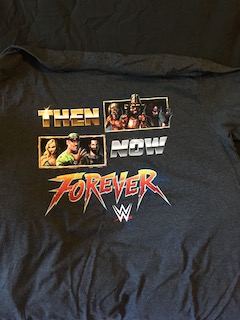 It’s traditional for the boxes to have one of these Slam Stars figures in the box.

I’ll use a standard value, similar to Funkos and the like, of $10 USD. 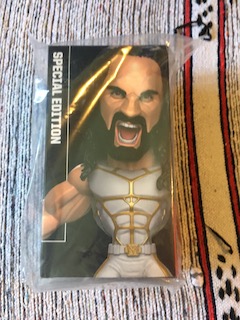 One of the nicer looking belts. This works well as a pin. 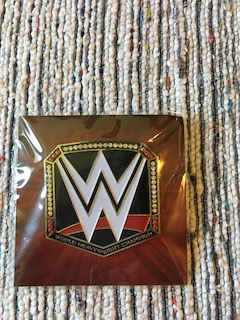 Two sets of pins in one box is really excessive.

I’m not feeling charitable enough to value these more any higher than $2 USD (that’s for the pair). 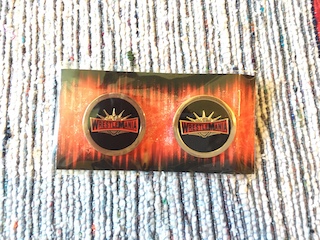 This isn’t on the information sheet, but it may well be a promised item that was missing from the previous box.

It’s a pretty plain poster, long and thin, which does comes with a useful cardboard tube. 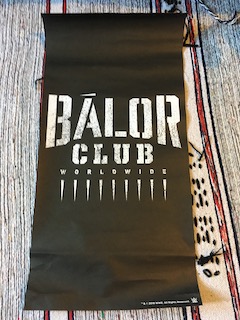 For one of the more premium boxes, this is disappointing, with only two items of value.

It’s hard to see any real value in two lots of pins and a small poster. I get $25 USD of value, which is half of the cost price.

You might see more value in the exclusives than I do, but there just isn’t enough here to warrant the cost price. There are better boxes for wrestling fans available.