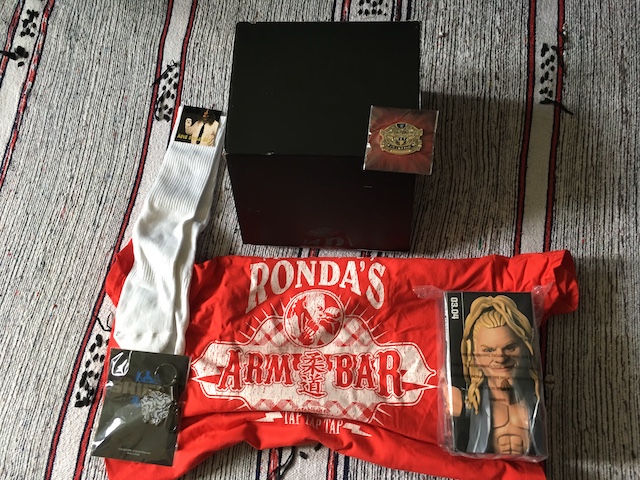 WWE Slam Crate is released every other month, containing a selection of WWE related items. The March 2019 box came with the theme In The Room, with the items arriving in a good sized box.

Unusually, there was no information sheet inside (these usually come with a poster of a WWE superstar on the back). It’s hard to tell if this was a mistake or not, as another recent Loot Crate family package was also missing the information sheet.

WWE Slam Crate arrived in a big box, with a decent amount of weight to it.

The box has recently gone up in price due to a new postage component being charged to UK subscribers. Including delivery to the UK, this is now £39 GBP ($49 USD). Payment is made in pounds, although this can change sometimes based on the exchange rate. Discounts are offered through signing up for a term longer than one crate.

As I mentioned, there was no information sheet included in the box, so I have to assume that these items are all exclusives as usual.

An excellent T-Shirt of one of the WWE’s hottest commodities. This is appropriately red and channels Rowdy Roddy Piper. 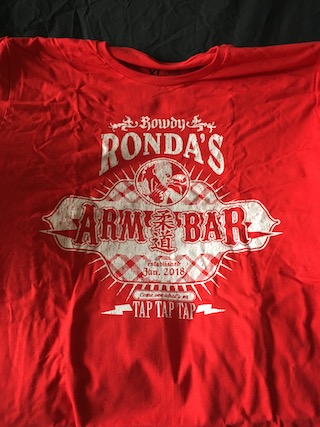 Rounding off the latest series of WWE Slam Stars is this Y2J Chris Jericho figure.

I’ll use a standard value, similar to Funkos and the like, of $10 USD. 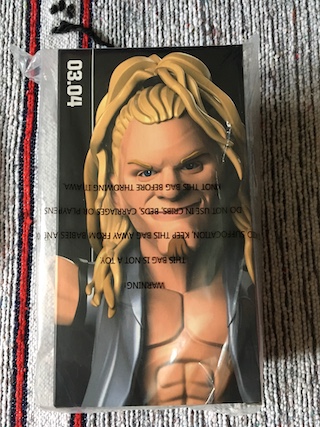 This is an unusual choice of item to include, as it’s a championship that hasn’t existed for a few years. They must have run out of current championships. 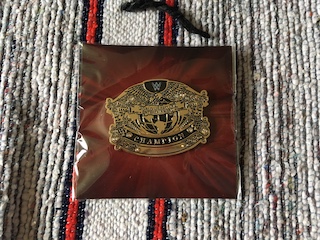 Who knows what these white socks are meant to be called, but they have Mankind rather than Mick Foley printed on them. One has a Mr Socko face. 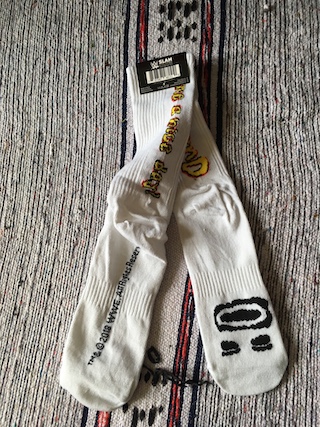 This is a decent key chain as they go, with The Shield logo on it. All made out of heavy metal. 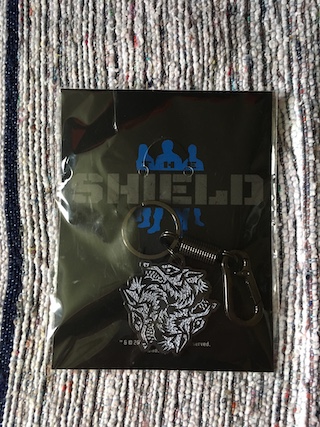 There are two WWE items included which seem to have some value, the T-Shirt and the Chris Jericho figure.

I get $36 USD of value, which is quite a bit below the cost price.

Nothing wrong with the socks, but with these just being largely white socks, my valuation for these is charitable.

I’m not a fan of filling these boxes up with cheap looking items, pins and key rings. They’re higher quality than many others in geek boxes, but they don’t seem to carry the same value.

The Loot Crate owned boxes have had some problems fulfilling deliveries recently. This box was no exception, it was delayed and I also saw other people complaining about a missing Finn Balor item. Who knows if that has just been dropped or if it will ever arrive. The missing information sheet makes it even harder than usual to tell.

These are fun to unbox if you’re a WWE fan. This one didn’t quite hit the mark, but there was enough there to feel there’s still a lot of potential with this subscription.