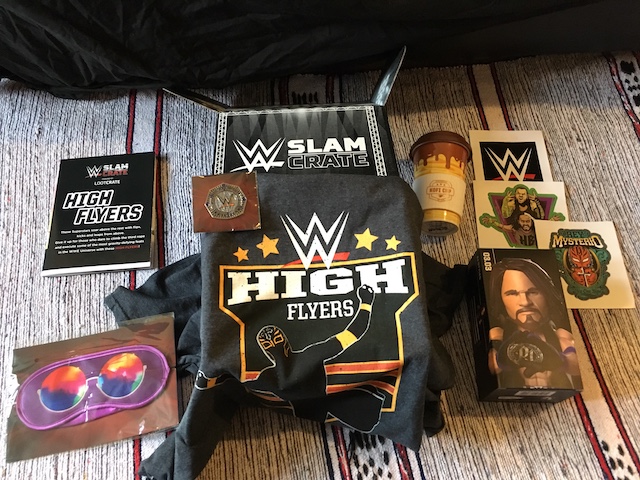 WWE Slam Crate tends to be a box filled with high quality exclusive items. It’s released every two months, with each box coming with a theme. For the month of January 2019, this theme was High Flyers.

The box arrived safely in the UK through Royal Mail, with a good amount of weight present in the box. The logo at the top of the box was almost invisible, but there was no other damage to the box and the items were intact.

The box also comes with information about the items. This took the form of a poster, with one side having a picture of AJ Styles, the other having the item information. Always useful.

Being a premium box, this is at the upper end of those Loot Crate offer. UK. The standard price for a one-box subscription, including delivery to the UK, is £36 GBP ($45 USD). These boxes are priced in pounds for UK customers, which is handy, as you don’t end up with any additional charges for currency conversion on your UK bill.

A decent T-Shirt to kick things off, with Rey Mysterio presented in outline form. This really captures the theme of the box. 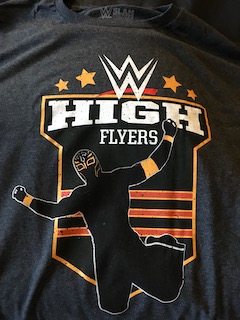 These figures, exclusive to the WWE Slam Crate line, are now in their third series.

AJ Styles is a great choice of wrestler to include. I’ll use a value along the lines of other figures of this type, which is $10 USD. 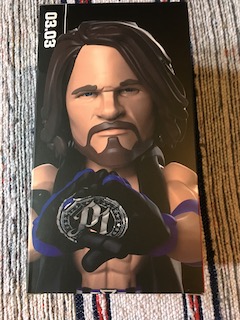 This is a well-made pin and also the championship which best fits in with the theme for the box. 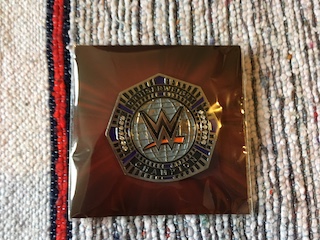 A useful item from an NXT superstar. 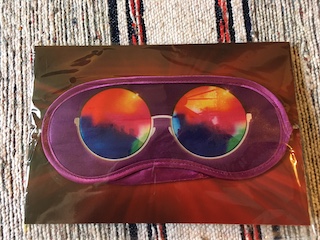 A good portable style reusable mug, complete with a lid. I’ll value this at $10 USD. 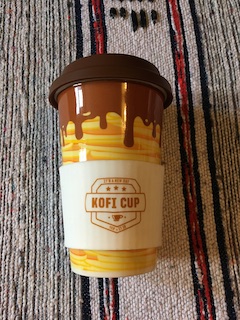 This set consists of three stickers, with the WWE Logo, the Hardy Boyz and Rey Mysterio all depicted. 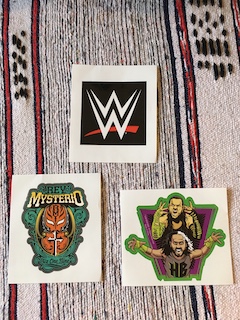 As is usual for WWE Slam Crate, this box contained all exclusive items.

I get $39 USD of value, which is slightly below the cost price, but your value assessment may vary. I also picked this up with a slight discount, which balanced things out a bit.

As far as the items go, they’re good. All recognisable WWE superstars. I particularly like the T-Shirt and the cup in colourful and useable, whilst also not being too in-your-face regarding being a wrestling cup.