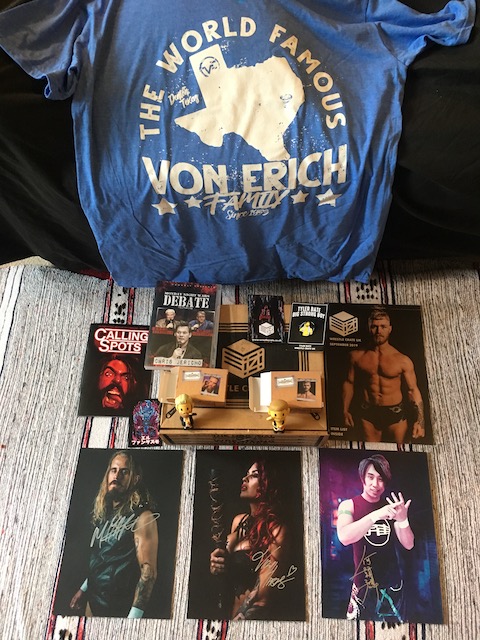 It’s been a while since I’ve looked at Wrestle Crate UK, one of the leading pro wrestling mystery boxes. There used to be a Wrestle Crate US, but I don’t believe that version still exists (or, at least, their social media hasn’t been updated in months).

This is a review for the larger (Ultimate) size of Wrestle Crate UK, which arrived safely with me through Royal Mail. As you’d expect from the name, this is shipped from within the UK and often contains items of interest to British Wrestling fans.

I took advantage of an offer and received extra items not included in the standard box. I’ll indicate those bonus items in the review.

The box comes with a decent four page information brochure with details about the items. It is printed on decent card.

There was also a voucher for 20 days free access to Independent Wrestling TV, which I haven’t included in the value.

A good retro style design here. A blue faded background with a white print, celebrating one of the most famous wrestling families of all time, even if theres was rather a tragic tale. 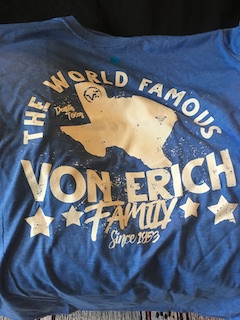 This is an A5 fanzine, which has been running for a while now.

This isn’t their best issue, but there’s enough to read to make it worth including in the box.

Based on the selling price, I’ll value this at $3 USD. 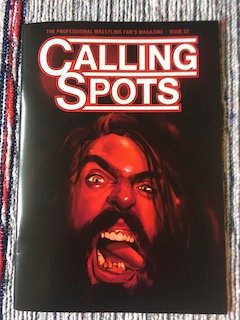 A well-composed pose with Mark Haskins autograph prominent at the front. 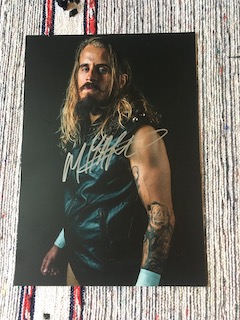 Another great photo, which I’ll again value at $10 USD. 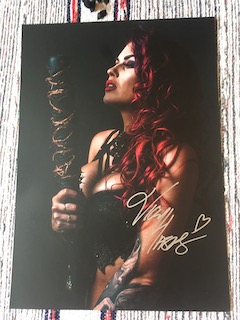 This one looks interesting. Chris Jericho chairing a debate between Eric Bischoff and Bruce Pritchard, apparently filmed in 2015.

Looks like this was originally released by RF Video, although the logo has been removed from the top left corner. The DVD disk itself has had the Wrestle Crate logo including on it.

Based on the RF video selling price, I’ll value this at $10 USD. 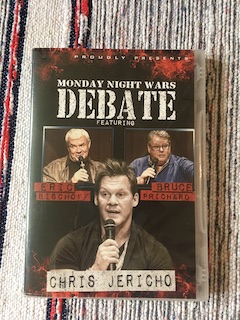 A fun pin, on card backing, with an outline in red (there is also a rarer variant in blue).

I don’t value pins highly, so for me this is worth $2 USD. 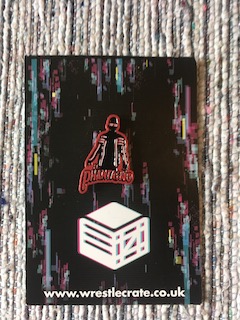 This is a small figure, but one which is very well made and comes boxed, showcasing the first ever WWE NXT UK champion. 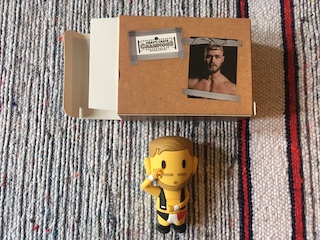 I presume this is a bonus item as it’s not mentioned on the information sheet. Cool enough, but I won’t assign a value. 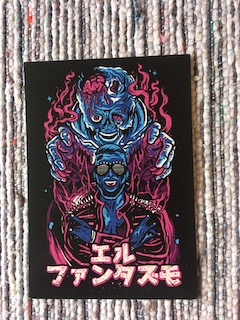 A good enough photo to be included of the star from Hong Kong.

I’ll stick with the $10 USD valuation. 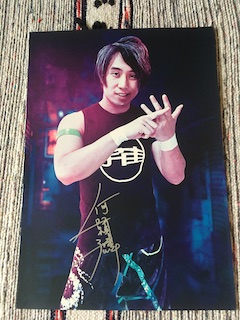 This pairs well with the Tyler Bate figure.

Both figures are doing the Moustache Mountain pose. 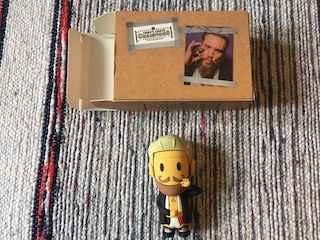 Can you ever have too many Tyler Bate items.

This one is decent and to me is worth the usual $2 USD. 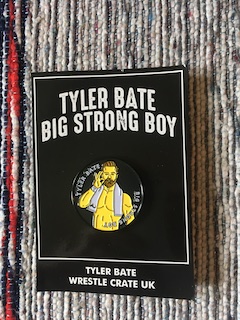 A pretty good combination of wrestling items, including several exclusives.

With the core items, I get a value of $50 USD. With the bonus items, I get $67 USD. Both are decently above the cost price.

I have been quite generous with the value of autographs, but these are always cool to collect. I do like the inclusion of an interesting DVD. And the two figures are pretty cool.

I have to say that this box stands head and shoulders over other wrestling boxes I’ve tried recently, particularly if you like indie and British wrestling.

Sign Up Right Here To Get Your Own Wrestle Crate UK