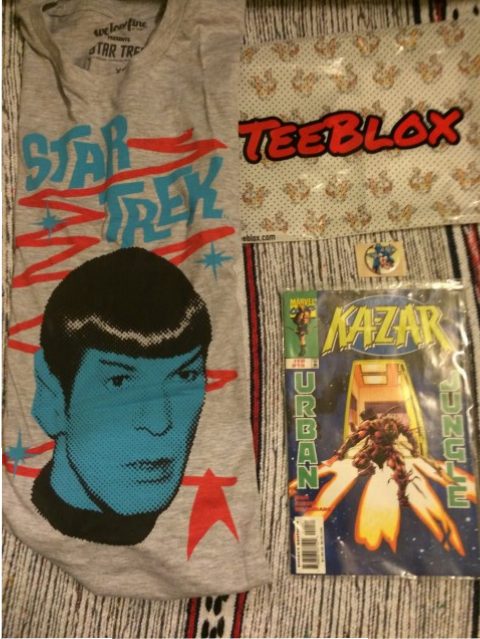 It’s over a year since I last checked out TeeBlox, a US based service which ships a T-Shirt and some other small items to your door each month.

One thing I do like about this geek subscription is that the items arrive in a letterbox shaped plastic envelope. These fit through my letterbox so I don’t have to wait around to open the door when the post is delivered.

Another selling point for TeeBlox is that they choose from a selection of officially licenced T-Shirts. That means that there’s no guarantee that any two subscribers will get the same package.

You can also choose to theme your monthly subscription from a wide choice. I went with the Movies and TV Shows package, but there are plenty of others. I suspect that there’s some crossover between the possible themes as well depending what T-Shirts are in stock.

Shipping for this, in the light envelope, was fast, with the orders seemingly sent out near the beginning of the month.

I signed up for an annual subscription during a special sale, largely to offset the postage costs, which always make ordering international boxes less desirable to those of us in the UK. The standard pricing for this subscription is $25 USD (£20 GBP) when paid on a monthly basis.

There’s no information card included within the package which I guess is due to the unique nature of what every subscriber receives.

This is a cool design of Mr Spock on a traditional grey T-Shirt stock, very reminiscent of the original series.

I’m going to value this at the T-Shirt standard price I use, which is $10 USD. I do appreciate that many of these sell for more than this. 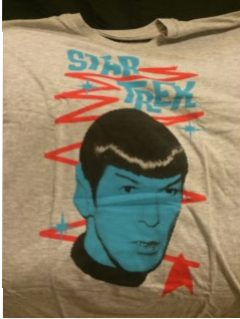 This came bagged and in a condition that’s well looked after. It’s a Marvel series, but not one I know much about. Always a fun thing to have included in a box.

Second owner comics are harder to value. Looking at similar comics in the series, $1 USD sounds fair to me. 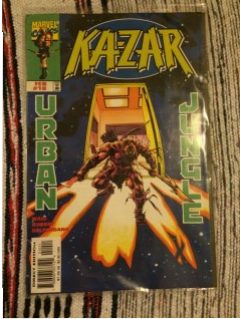 This is a single badge cut from a larger cardboard sheet.

I’m not that into receiving badges in geek boxes, but as a bonus alongside the T-Shirt, this works quite well. It’s a good character too. 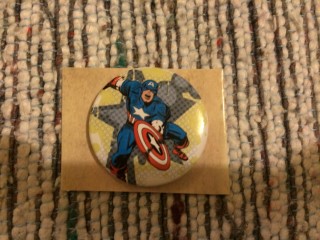 Not quite as much in as the previous TeeBlox package I received, but that purchase was right when this first went on sale. Still, a good selection for a small envelope.

I make this $12 USD of value, which is below the standard price, although I did get a discount and I appreciate that branded T-Shirts do often sell for more than my standard valuation.

TV and Movies has led to one Star Wars T-Shirt and one Star Trek T-Shirt. So, this could also fit quite nicely as a Sci-Fi package as well.

As a starter package for a geek box fan, I think that TeeBlox will appeal.