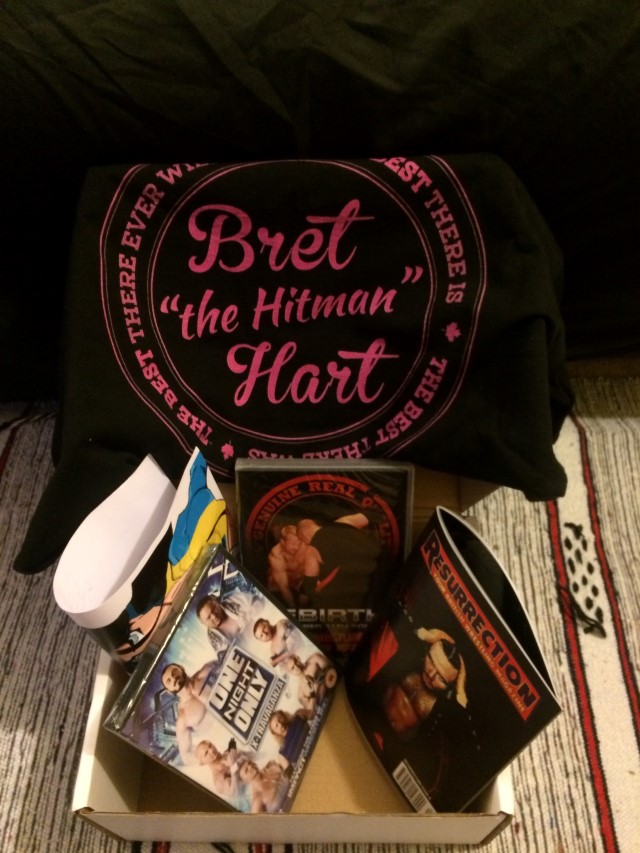 The professional wrestling audience has a big crossover with the geek audience and a growing number of mystery subscription boxes are emerging to serve that market.

Slobberknocker Box is one such UK based box, which has slowly been gathering an audience in recent months.

The standard pricing for Slobberknocker Box is £20 GBP ($28 USD). That includes delivery within the UK.

Delivery for this box was smooth, with Slobberknocker Box delivered through Royal Mail and the contents arriving in a branded box with decent size.

The box did not contain an information card. I do recommend that more boxes include these and provide information about the items inside the box (as well as an advertising opportunity).

This is a good T-Shirt design of one of the best remembered wrestlers of the past 20 years. It comes with the trademark Bret Hart quote and is printed in traditional print

There are plenty of Bret Hart T-Shirts available on Amazon.com but I can’t find this one online anywhere. It’s not clear if this is an exclusive or if it’s an official item. 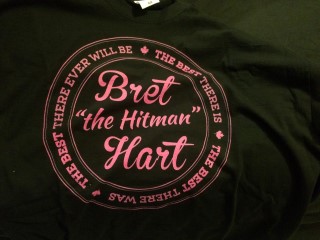 This is an interesting looking DVD from 2006, from a promotion bringing together the best of British Wrestling at the time, largely featuring guest matches from other promotions. RQW also had a weekly TV show around this time, airing on a satellite channel.

The main event is Doug Williams vs Martin Stone, two wrestlers who went on to have careers in American promotions TNA and NXT respectively.

These DVDs are largely out of stock now, with some RQW DVDs being sold with clearance pricing. I’ll use a valuation of $10 USD. 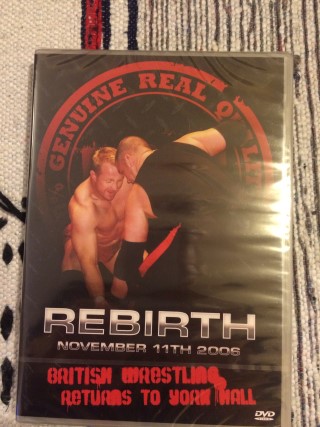 TNA One Night Only X-Travaganza DVD

This was part of the TNA series of shows filmed to show as prerecorded PPVs in the United States (and to fulfil international TV contracts). They were standalone events, which ignored ongoing storylines. I remember watching this one when it originally aired.

You can buy the TNA X-Travaganza DVD on Amazon.com. The typical selling price is $9 USD. 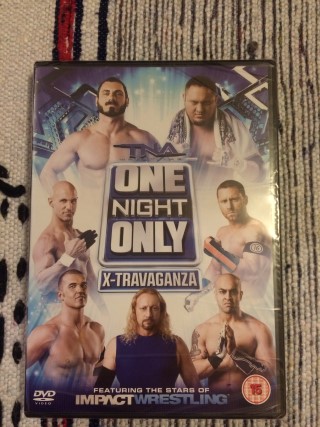 This is a fun comic book inspired A4 size poster of Leva Bates, who formerly wrestled in WWE NXT as Blue Pants. It is personally autographed and is billed on the Slobberknocker site as an exclusive.

The design is good, although I think that this could be better presented on more durable stock.

I’ll use my standard valuation for autographs of this type of $5 USD. 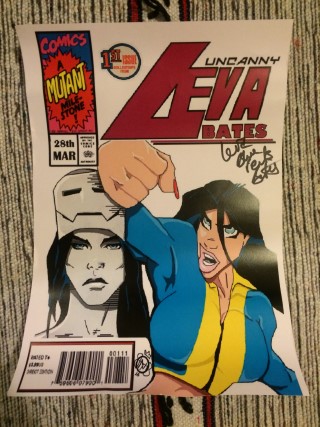 This is a fanzine focused on British Wrestling, running 44 A5 pages, with interviews, articles and lots of (black and white) photos.

Wrestling fanzines are a dying breed now all of the content is available on the Internet, so it’s nice to have an item like this included.

The standard selling price for Resurrection is around $3 USD. 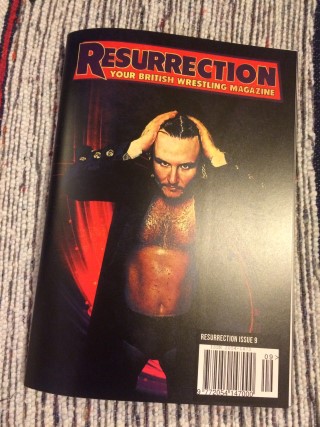 Get Your Own Slobberknocker Box Here

This is a good professional wrestling styled box.

I make this $37 USD of value, which is above the cost price, including several interesting and collectible items.

Now, a downside here is that there is little here that you couldn’t buy on your own. Similar wrestling DVDs and items are easy to find. The items are well curated though.

I’m looking forward to watching the RQW rebirth DVD. Although I may have seen some of the matches on TV, I don’t remember watching the whole thing at the time.

It’s great to have the exclusive autograph as well.

The box is quite biased towards British Wrestling. That’s fine with me, as a long-time follower, but that may not be for everyone. There is a lot of talent on the British Wrestling scene, so that’s no bad thing.

Slobberknocker Box has set something of a standard for wrestling boxes in the UK. There are several competitor boxes on the market and it will be interesting to see how they respond.

You Can Join Slobberknocker Box By Following This Link