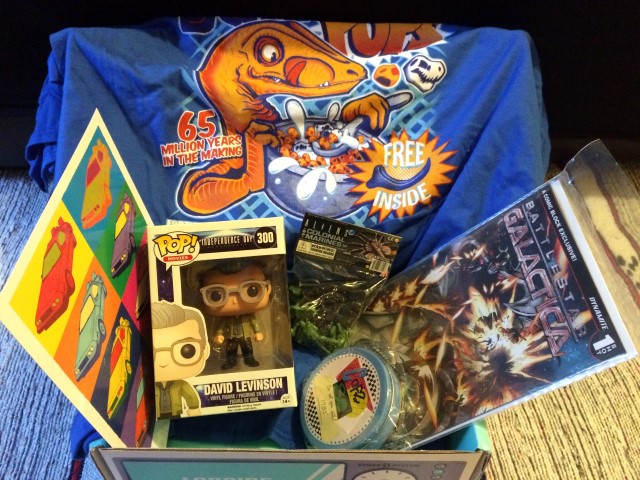 Sci-Fi Block is always a favourite of mine, as it contains items relating to science fiction, just as you’d expect.

The June 2016 box arrived later than usual, but with all of the items in one piece.

I’m going to quote the subscription cost based roughly on the exchange rate I used at the time of purchase. The standard subscription cost, including shipping to the UK is $32.49 USD (£22 GBP). That price is based on a subscription purchased on a recurring monthly basis. At present, this is more expensive for UK buyers due to the weakness of the pound.

These boxes aren’t themed, but there is an information card included with details of the items. The box also contains a $10 gift card for Shirt Punch, although this cannot be applied to shipping costs.

This is a fun T-Shirt that channels Jurassic Park as if it was re-imagined as the front of a breakfast cereal box. 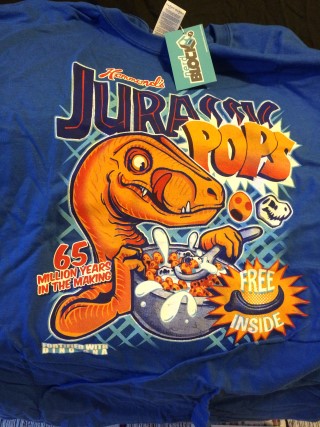 This POP! is from the new Independence Day Resurgence film and is one of two options in the box (the other was Jake Morrison). It’s part of the POP! Movies collection.

It’s a decent design, although wouldn’t be top of my purchase list.

You can buy the David Levinson Funko POP! Vinyl on Amazon.com. The typical value for this is $9 USD. 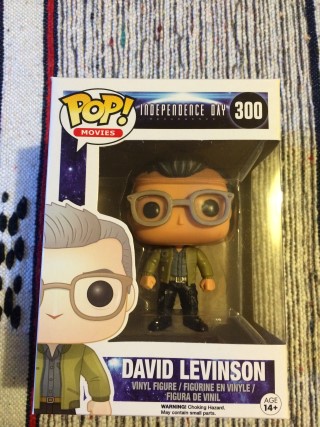 Back To The Future Coasters (Exclusive)

There are four good round coasters here, each of which has a metallic front and a traditional coaster board back. They’re also well-presented in a metal tin. 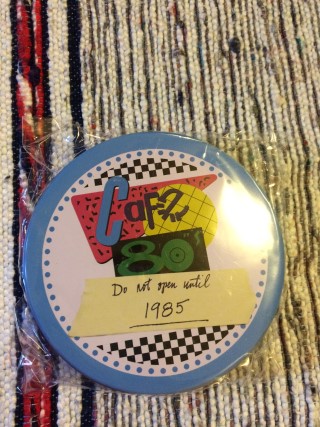 This is a weird item to have included. It rather like a box of plastic army figures that you might have received as a young child.

They could probably work well with certain battle games and they’re different.

There are many sets of toy soliders available on Amazon.com. They sell very cheaply in larger sets. As this is a smaller set, I’ll assign a higher value per toy solider and a $2 USD value overall. 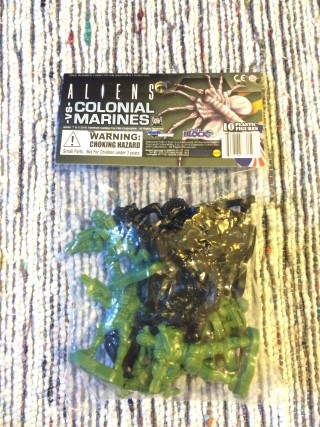 Back To The Future Art Print

I really like this lithograph design, which comes on card.

Unusually, it’s not an exclusive, but it does carry the official Back To The Future logo.

I’ll use my standard valuation for prints of $2 USD. 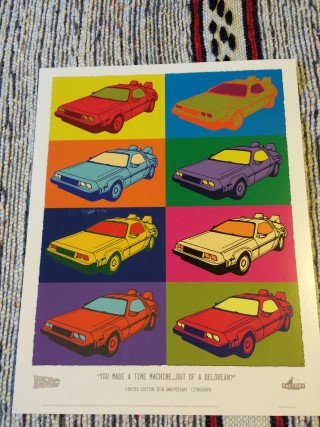 This is a one-shot comic from Dynamite. It’s billed as an exclusive, although it’s not clear to me if this means it’s an exclusive cover, collected from previous publications, or written exclusively for this box.

To add to the confusion, it’s billed as in Comic Block on the front on the comic itself.

There’s no price indicated, so I’ll use a standard comic value of $4 USD. This is a good read, but does seem thin, which makes me think that this may have been an exclusive.

This comic relates to the re-imagined Battlestar Galactica, but there’s also an advert inside for a new run, based on the original series, coming later this year. 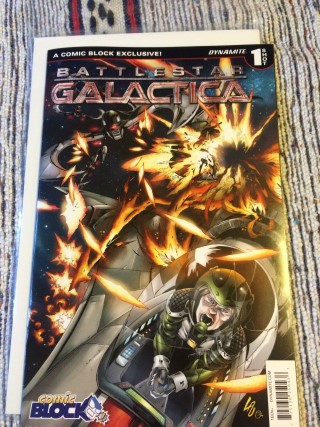 Check Out Offers On Sci-Fi Block And Buy Yours Here

A decent enough box. I get $37 USD of value, which is above the cost price.

There are lots of exclusives here, although I don’t quite feel the overall value in this box that I’ve seen some other months.

For me, my favourite items are the comic and the art print. The coasters will get used at some point as well, which is good, as most coasters sets in geek boxes never get used.

One thing that would be good to see next time is more British Sci-Fi. There are lots of memorable series to choose from, not just Doctor Who. Maybe something for Sci-Fi Block to think about.

Above all that, Sci-Fi Block always has something to offer. One of the most interesting of the geek boxes.