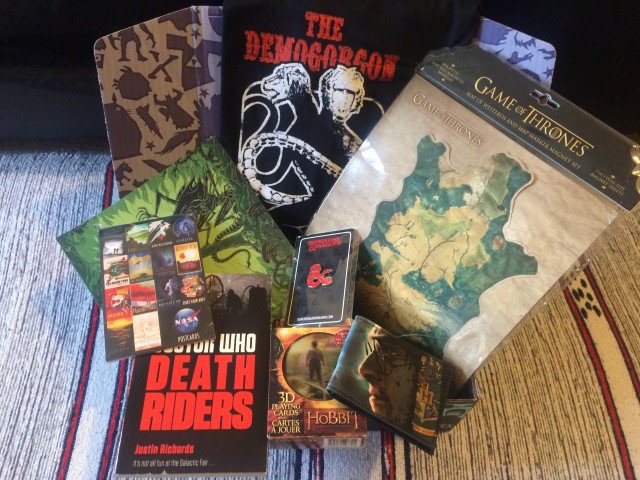 I tend to enjoy looking inside Sci-Fi Block as this relates closely to my fandom interests.

The January box had some changes. To start with, the box came with the first issue of the Nerd Block magazine. This is a small promotional magazine like those found in other geek boxes, with short articles and details of the items. It looks like all the monthly boxes will get identical magazines, with the exception of the pages describing the items in Sci-Fi Block.

The box also has had revised packaging, giving it a more exclusive feel. It also comes shrink wrapped, removing any concern that the box may have been tampered with on route.

The other big change is that the box was announced as having been rebranded as Sci-Fan Block, to allow it to also contain fantasy items. It’s slightly unclear what’s happened here though. The box packaging and magazine contained to call this Sci-Fi Block, as did the details about the February 2017 box. On the other hand, the website has already been updated. For now, to avoid confusion, I’ll continue to refer to this as Sci-Fi Block.

The standard subscription cost for Sci-Fi Block, including shipping to the UK, is $32.49 USD (£27 GBP). There are discounts available for subscription terms of longer than a month.

The January 2017 box arrived in good time, with the final part of the delivery coming through Royal Mail. This was a heavy box, giving an immediate indication of the types of items to be found inside.

The box also came with $10 credit for the Nerd Block shop. I don’t tend to value the credit, as it can’t be used on regular boxes and the shipping costs to the UK make the credit of little use.

This is an official Wizards Of The Coast T-Shirt entitled The Demogorgon. I like the red and white design, which comes on traditional black stock and think this is a great fandom to have had included. 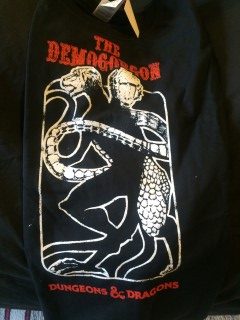 This is a nice wallet, although like so many found inside geek boxes, it’s missing a place to put coins.

The design on the front works well.

There are plenty of Harry Potter wallets on Amazon.com to choose from. As this is a smaller wallet, I’ll assign a value at the lower end of $10 USD. 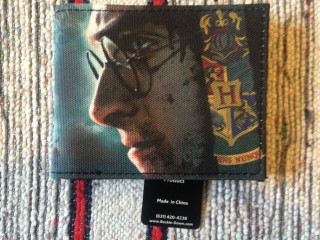 This is a set of 18 postcards, all symbolising items of interest to NASA followers, such as missions, planets and events. I imagine that these will have started out as posters. 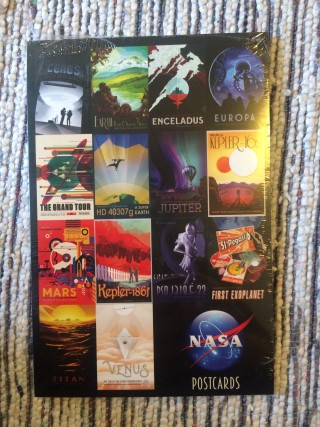 This is an interesting set of playing cards based around The Hobbit An Unexpected Journey film.

They come in a metal pin and are printed as lenticular cards to give a 3D effect. A nice item.

You can see The Hobbit playing cards on Amazon.com. The typical value is $7 USD. 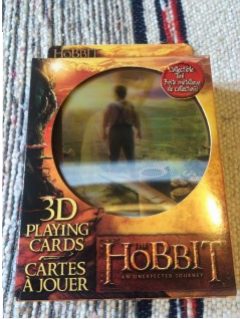 This is a large red pin with a traditional Dungeons and Dragons style icon, a fire breathing dragon which also looks rather like an ampersand sign.

As this is an official pin, I’ll value this at $5 USD. 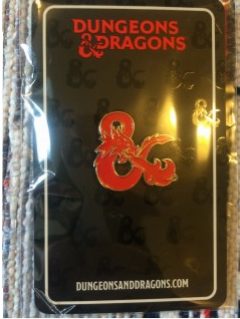 This is the item that contributed most of the weight to the box. It was also slightly too big for the box, so folded around the other items to make it fit.

The set is a map of Westeros, which is a single press out piece, along with 16 chess style pieces, presumably used to track campaigns and battles that are going on.

Could be a fun talking point to put on a fridge.

You can get the Game Of Thrones Westeros Magnets Set on Amazon.com. The typical value is $11 USD. 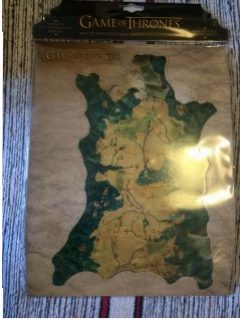 This was originally released in 2011 as part of a two-in-one deal. This a reprint as a single fiction volume in 2015. This features the 11th Doctor (who was the TV Doctor at the time that this was written).

I do buy a lot of the Doctor Who novels already, but this is from the series aimed at a younger audience so I haven’t read it. It’s written by Justin Richards, who is one of the better writers of the TV tie-in books, so I’ll certainly give it a go.

You can buy Doctor Who Death Riders on Amazon.com. The cover price is $9.99 USD, but the selling price is around $7 USD, which is the number I’ll use for the overall valuation. 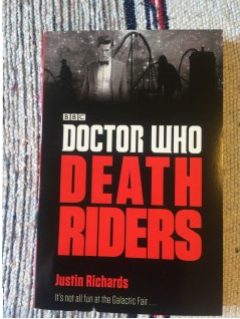 The Hobbit And Xenomorph Print (Exclusive)

This print is an interesting mashup of characters in the Hobbit and Alien. It’s printed on thin card stock.

It’s a fun print, mostly in shades of green, but I find it hard to assign any real value to these as they’re made by the bucketload.

Based on pricing I’ve used previously, I’ll value this at $2 USD. 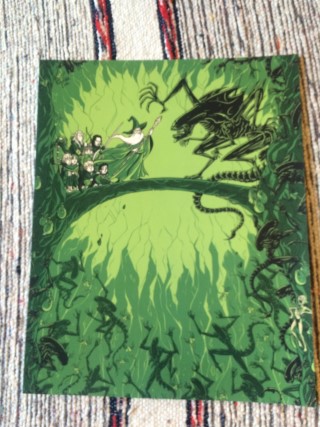 Claim Your Own Sci-Fi Block Here

I make that $62 of value, which is almost double the cost price.

That includes several exclusive items. I find space fascinating, so love the NASA postcards, but also highly value the T-Shirt and book and like all the rest of the items. That’s very unusual!

There are a couple of smaller and cheaper items, but because there are so many interesting large items, these don’t detract from the overall value.

I like this model for a box, with exclusive items, but also some older interesting items to bulk out the box.

Sci-Fi Block continues to go from strength to strength. Check it out!