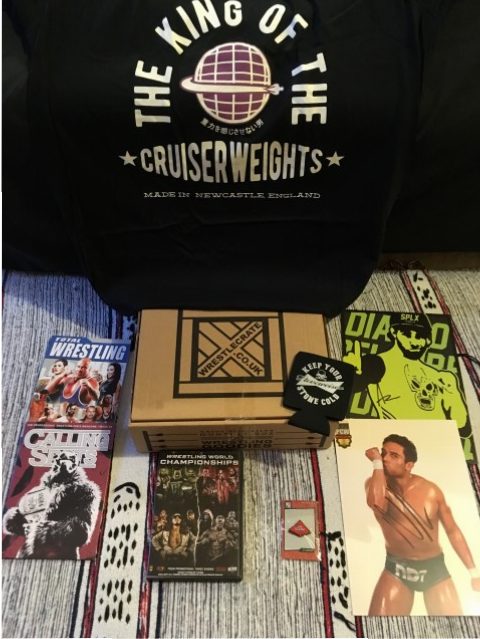 A good box for wrestling fans is Wrestle Crate UK. This is a version of an international box which is shipped from the UK and tends to have a few items that British Wrestling fans will appreciate.

I’ve purchased a few of their boxes in the past and found them interesting so I jumped at a chance to grab their Second Chance Box at a discounted price. This is a box they have regularly available in their store, with similar items to their monthly box, but items taken from their remaining stock. It’s something of a gamble, but also a good way to get hold of missed items from previous months and to get a box slightly different to everyone else.

I find these one-off boxes to be a lot of fun to look inside as they are so unique.

This review covers the equivalent of their Ultimate Box and they call it their One-Time Wrestle Crate. This sells for the same price as the standard monthly box, weighing in at £25.99 GBP ($33 USD) including UK shipping. You can also choose a smaller Standard box which goes for £15.99 GBP ($20 USD) and again is available in both monthly and one-off options.

The box came with a card allowing the download of a 3CW show. As this is open to anyone, I haven’t separately included this in the box value.

There was no information card in the box, which isn’t a surprise as this was a one-off box, although I don’t believe that the regular monthly box always comes with an infromation card either.

Delivery was good, coming through Royal Mail with second class delivery. The Royal Mail side was a little slow, taking over from a week from the email arrived saying that the box had been posted. However, all arrived in one piece and in a box with decent weight to it, which is the important thing.

I’m going to assume that this is an exclusive, although it’s always good to have an information card to be able to say for sure.

This is a pretty catchy design, paying homage to Neville’s history and his development in the North East of England. 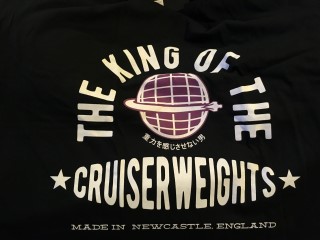 This is a good quality A4 portrait of Noam Dar, with the Preston City Wrestling logo in the top corner. It was presumably signed before Noam Dar joined the WWE.

A good idea to have in the box. I’ll use my typical celebrity autograph value of $10 USD. 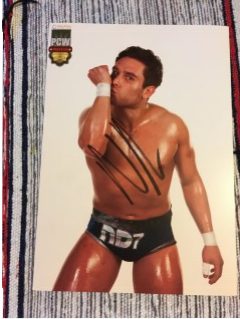 A second autograph, this is an A4 card stylised design, which works pretty well in green. I think this may be an exclusive design, but am not sure.

The autograph is pretty short and sweet, as you should be able to make out on the photo.

This is an A5 sized UK fanzine, produced within the UK.

This is issue #23. It’s not dated, but based on the articles, I’d estimate that this is from 2015 or 2016. The main feature is an interview with Marty Scurll.

A fun enough read to pass a bit of time. As this is an older issue, I’ll value it at $1 USD. 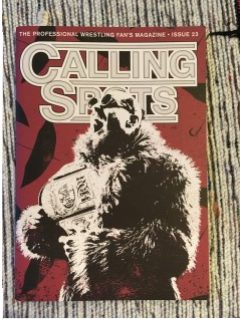 This is a quadrilateral shaped pin, in red, with the The Icon printed on it and a scorpion in the background.

Not bad as these type of items go. I presume that it was an exclusive. 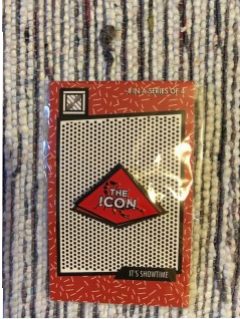 Another item that I have to assume was an exclusive.

These can coolers are handy and this one has a pretty good design. And, the Steveweiser reference is probably the best beer-related reference in all of professional wrestling. 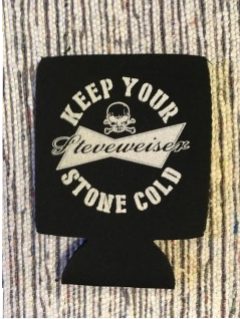 I already have the Show 1 DVD in this series from an earlier crate, so this one fits in well.

This is a Preston City Wrestling release. The front and back cover are the same as volume 1, just with the volume name changed. A list of wrestlers is given, but no match listing.

Will be fun to dip into sometime. I’ll use the same value as the previous DVD in the series, at $8 USD. 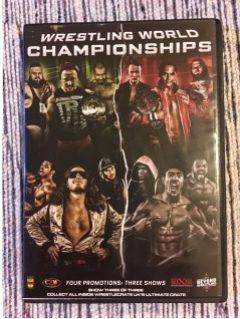 Total Wrestling was published as a newsstand magazine in the UK between 2002 and 2004. For some reason, I though that this was around for a lot longer than that, but this special edition gives a bit of history into Total Wrestling.

The magazine did survive, being relaunched as an online publication and, more recently, again a print title (albeit one that you can only by mail order rather than on a newsstand).

This publication, The Best of the Digital Years, Volume 1, is printed slightly smaller than traditional magazine format and runs to 140 pages. It was released in 2017 nd collects together articles that haven’t been in print before, including lots of interviews.

It’s a good read, although some of the interviews have dated.

There is no cover price given, but this is available directly from the Total Wrestling site at £10 GBP. I’ll compare this to a similar issue on the newsstand and believe that an $8 USD valuation is fair.

Still, a good item to receive, especially since I like to see magazines and books with a bit of depth to them appearing in geek boxes. 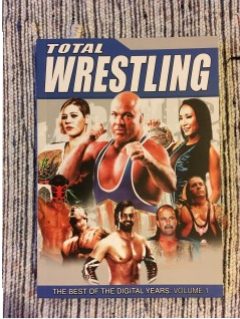 Like Pro Wrestling? Find Out All About The Wrestle Crate UK Subscription Options Here

This is easily the best box I’ve had from Wrestle Crate.

I get $54 USD of value, which is well above the standard cost price. This was an even better deal as I picked this up during a limited offer.

Most of these items are available separately as individual items in the Wrestle Crate second chance store, but I don’t feel that this detracts from the overall value.

I particularly like the printed items this time and also appreciate having two signed pictures included in the box. The exclusive items are all fun too.

Wrestle Crate has a lot going for it. Do check out their site if you’re into pro wrestling and want to know more.