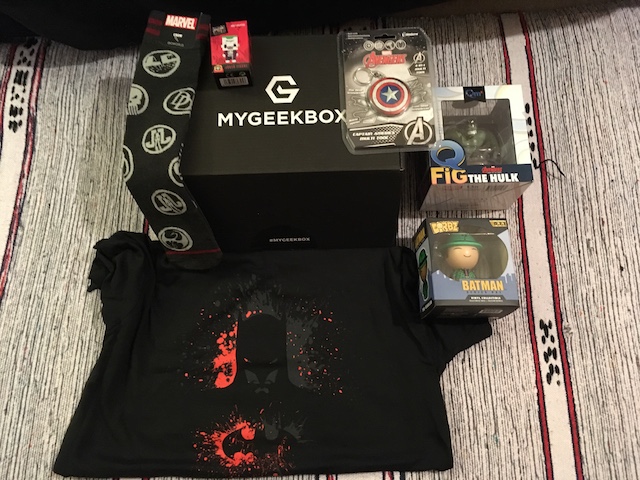 My Geek Box is a well-established UK based service for geek subscription box enthusiasts.

They’ve recently changed the way their subscriptions work, so I hope I’ve summarised this correctly.

Now, they release a box every week, all of which have a theme associated to it. If you buy these as one-off boxes, they’ll cost £28 GBP ($35 USD) including UK postage.

You can also join as a regular subscriber. My Geek Box collate multiple geek boxes a month (they say up to 10 different variations a month). You can choose whether you want to get one, two or three of them. Purchased this way, each box will cost £20 GBP ($25 USD) including shipping, which is a big saving. The only downside is you won’t know which three of that month’s boxes you’re going to get. They might be some of the weekly boxes, they might be some of the other boxes for the month, or you might end up with a combination of the two.

My Geek Box sent me one of their new look boxes to review, which they told me had the theme Clash of Fans. This wasn’t mentioned inside the box and no information about the items is given. A bit of investigation reveals that some people received this box back in June 2018, so it isn’t a completely fresh box, but the contents were new to me.

What My Geek Box say about this new arrangement with lots of box options every month is it makes the boxes much more interesting to receive. There’s a lot more variety, so you won’t get get spoilers if you see other reviews or watch unboxing videos. I think the new system has a lot going for it.

The box did arrive safely, with outer packaging and the trendy My Geek Box inner box. The box had reassuring weight to it too, which is always a good sign.

One of the best T-Shirts I’ve had in a geek box for quite a while to kick things off.

I like the simple red, grey and black design, which stands out subtlety against the black T-Shirt behind.

I’ll use my usual geek T-Shirt price point for the valuation here, which is $10 USD. 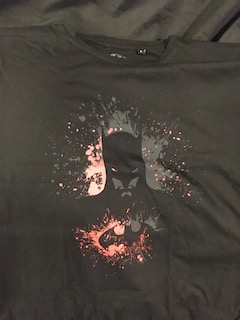 Marvel Guardians Of The Galaxy Socks

These are Loot Wear branded and I believe they were shipped in the May 2017 Loot Wear.

They’re new to me as I didn’t pick them up first time around. Still, I always find it odd when items intended for another subscription end up in the UK boxes.

I’ll use my usual sock valuation of $10 USD. 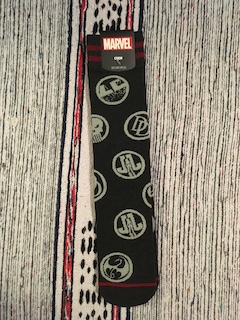 This comes from Avengers Age of Ultron.

It’s not indicated on the box, but dare I say it that this was another Loot Crate exclusive. All the information I can find about the item say that it came in the May 2016 Loot Crate.

It is new to me and I do like it. Hulk really looks the part.

You can find the Hulk QFig available on Amazon.com. 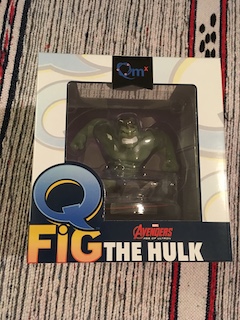 Another cool item, representing one of Batman’s best known villains.

Here, you can see The Riddler Dorbz on Amazon.com.

Dorbz tend to be quite highly priced, considering they’re much smaller than similar ranges such as Funko POP! Vinyls. I’ll value this at $10 USD. 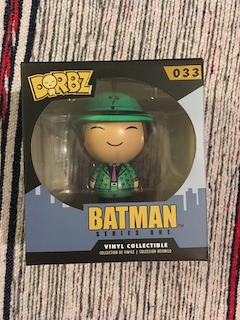 A fun item. This is a key ring with a multi-tool attached shaped like Captain America’s shield. It provides access to two screwdrivers, scissors and a bottle opener.

An easy and useful item to add to your key chain. 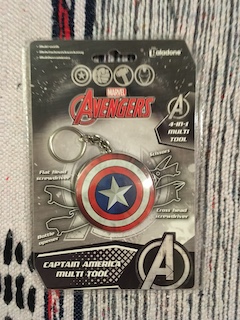 This is a block shaped figure, made by SD Toys. It depicts The Joker from Suicide Squad.

It’s a small item, a couple of inches tall. A neat way to round out the box.

Based on selling prices elsewhere, I’ll value this at $3 USD. 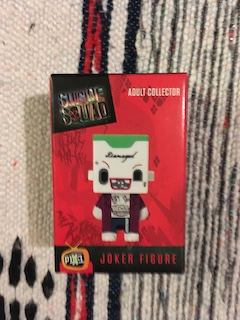 You can’t fault the value with this My Geek Box.

I get $51 USD of value, which is well above the cost price whether you purchase these as one-offs, or through a subscription.

It does seem odd to have Loot Crate items included (both of which they previously billed as exclusives), but both are interesting items. There are no real cheap items and I always appreciate receiving figures in these boxes.

A really cool T-Shirt as well makes this a winner in my book.

This is a box that comes across as offering real value.

A top quality offering from My Geek Box.

Subscribe To My Geek Box And Receive One, Two Or Three Geek Boxes A Month Here…