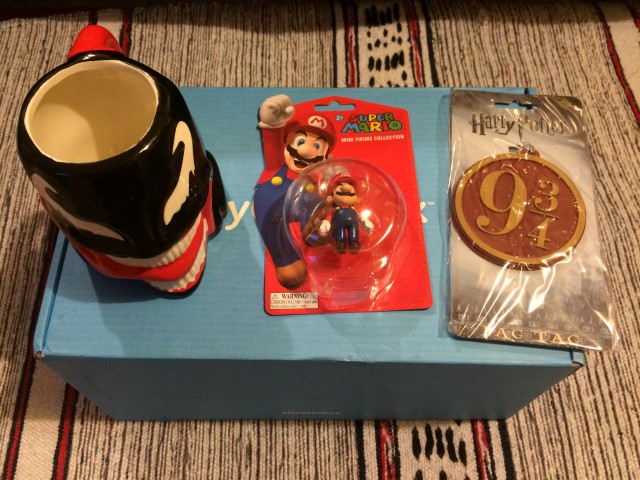 My Geek Box is a long-established UK based geek subscription box, although it provides the option of US based delivery for fans there. It’s part of the same family as the Zavvi ZBox and there can be overlap between the two boxes.

I haven’t reviewed these boxes for a while as I had some problems with delivery and getting refunded for a double payment. Having put these issues to one side for a few months, I was tempted back to the fold with a special offer for the Lite version of the box.

In both cases, small discounts are available for longer-term subscriptions. I paid a lower price for this box due to a special offer.

The box arrived safely through Royal Mail towards the end of December 2016. This was a good size box, although much of this was packaging. The box was not sealed, although it looks as though I did receive all the items. One item inside looked like it may have been opened too.

There is no longer a theme to My Geek Box, so the boxes can contain anything. There is also no information card provided. That caused some confusion in the unboxing video, where I assumed that this was another offer from My Geek Box released at the same time.

There aren’t all that many reviews out there of My Geek Box Lite. Having done some investigation, it looks as though all subscribers in that month will receive the same items and that some may overlap with the main box (in this case, it looks as though they are different, although one overlapped with an item from the month before).

This is a cool and heavy mug, although it’s a duplicate for me as I did receive it in the August 2015 Loot Crate.

This was also an item where the seal had been cut.

Having looked up the details of this mug, it also seems that it was included in the November 2016 My Geek Box, which is a strange choice. It is a catchy and high value mug though.

When I previously reviewed this, it was valued at $8 USD. It now looks rather more difficult to get hold of as it’s an older item, although there are a selection of Venom mugs available on Amazon.com, including sellers for this one.

For consistency, I’ll stick with the previous value assessment. 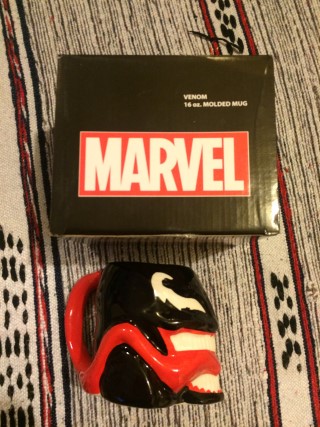 This is a large luggage tag, which comes sealed and is an official item.

I’m not a massive Harry Potter fan like some, but this is certainly collectible and it would make it easy to recognise your luggage in a crowd.

You can see the Harry Potter 9 3/4 Luggage Tag on Amazon.com.

The suggested value for this is $10 USD. 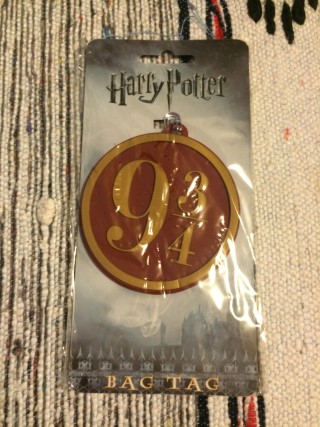 This is a small and simple Mario figure. The design looks familiar so I may have had other items in the series before, but this one is new to me.

There are many Mario figures available on Amazon.com. I can’t immediately see this one, but looking at similar figures, this retails for around $7 USD. 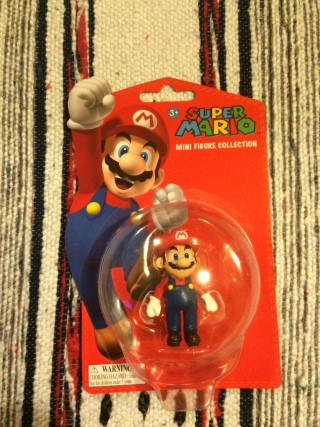 This is a small box with three items, but the value is relatively high at $25 USD. That’s well above the cost price.

It’s good to see that My Geek Box Lite contains all quality items. Of course, only unboxing three items isn’t as exciting as some other larger boxes, but that’s reflected in the price point.

No T-Shirt in this box, but that was to be expected. It’s not something I really miss as I own loads of T-Shirts that I haven’t had chance to wear yet. I never found the exclusive My Geek Box T-Shirts to be of the same standard as some of the other firms anyway.

Even though it’s a duplicate, it’s good to own another one of the Venom mugs. They look collectible and could probably be resold for more than the box cost if I was so inclined.

I suspect that the main My Geek Box, with more items and a T-Shirt, will suit many fans better. But My Geek Box Lite looks like a good way for new fans to get cheaply into the geek subscription box hobby.