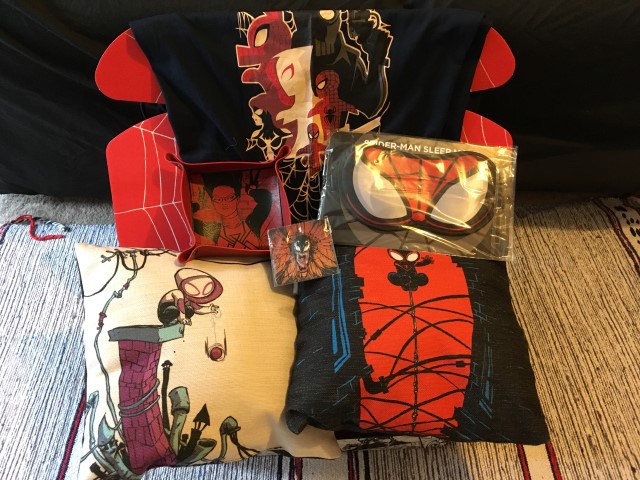 Marvel Gear And Goods is a geek subscription box that’s new to me, released as one of the premium offerings by the Loot Crate company.

As the title suggests, each box, released every two months, contains items relating to a different Marvel theme.

I picked up the July 2017 box, which came with the theme Spider-verse. This arrived safely in the UK in an interesting box, printed with comic book style panels on the outside. This was also much bigger than the standard Loot Crate box.

Inconveniently, this box came through a courier company, rather than the more-convenient Royal Mail delivery.

The box also contained an information card, with details about the items (all exclusive) on one side. The card was written in a fun comic book style.

Marvel Gear And Goods, so the pricing reflects that, particularly when the postage costs to the UK are included. Loot Crate now charges in GBP. The price, including the UK shipping, is £39 GBP ($49 USD). I received a slight discount by subscribing during a brief special offer period.

A good change to receive shorts in place of a T-Shirt in a geek box.

I rather like the design on these and the mix of different characters. 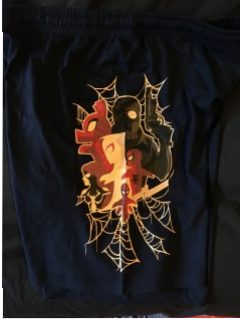 These are billed as a pillow set on the information card, but in the UK, we’d generally call these cushions (pillows would be the larger items you rest your head on when you go to sleep at night).

These are rather cool, as they come with filling as well and are more than just cushion covers. This isn’t the first cushion I’ve received in a geek box, but easily the best.

They’re already out on display showing off the great designs.

Looking at similar items, such as Spider-man cushions on Amazon.com, I’ll value these at $15 USD for the pair. 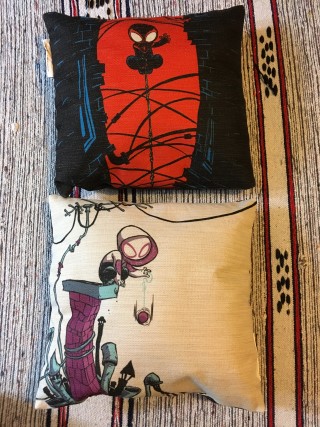 This clipped together to form a valet tray and is a useful item to put in keys and coins at the end of the day so they don’t go missing.

Everything the valet tray doesn’t win on excitement, it makes up with on utility.

Looking at similar items, I’ll value this at $8 USD. 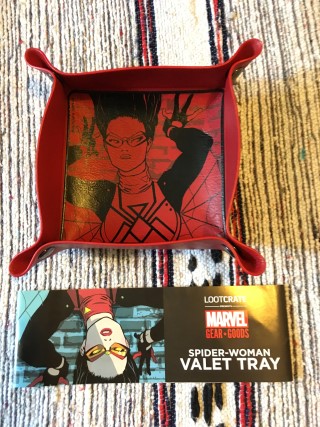 Another item that could be useful, particularly if you’re trying to sleep where there’s a lot of light (think aeroplanes). 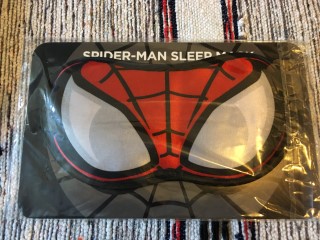 I’m not really one for more pins, but they’re traditional in the Loot Crate family of boxes.

This one is decent enough and captures Venom well. 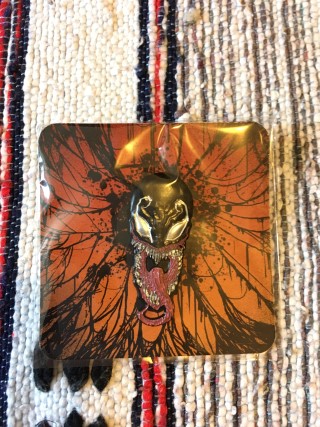 Check Out The Marvel Gear And Goods Geek Box Here

This is a well-constructed box. It helps also that it’s a theme based around many of my favourite Marvel characters.

I get $48 USD of value here, which is very close to the cost price.

Although there are only five items, they are cleverly selected. I can’t really count the pin, but the rest of the items all have use and value.

I really like the cushions, which display nicely. The shorts too make a good change from T-Shirts and will come in handy.

I would definitely check out Marvel Gear and Goods again. A great addition to the Loot Crate stable.