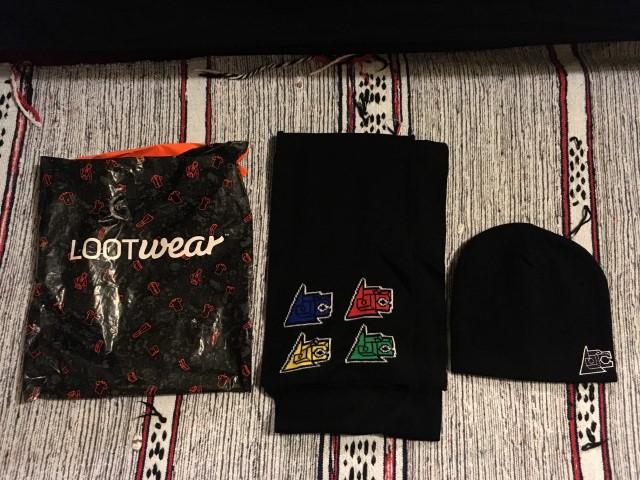 If you’re one of the people who watches the unboxing and unpacking videos, you’ll see that I was rather confused with this one, mainly as I was waiting for another package from Loot Wear. What I totally forgot is that I’d separately ordered the Wearable subscription during a special offer.

This review is for the November 2017 Wearables option, which came with the theme Unite 2.0, the same as the main Loot Crate box.

Loot Wear has a load of different clothing based geek subscription options available, including socks, boxer shorts, T-Shirts and wearables. I think this is the first time I’ve ever gone for Wearables, at least under the current name (I may have picked this up when it was called Level Up).

The November package, which arrived in a plastic envelope, got to me rather late as well, which added to the confusion. It did come with a fold-out booklet about the subscription and also showing what the other Loot Crate options would have contained.

This is a long black scarf and a black hat. Both have fairly subtle prints.

I know very little about this series although I do quite like the design. 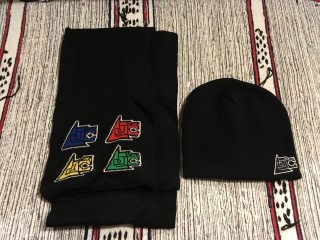 Follow This Link To Find Out More About The Different Loot Crate Options, Including LoottWear

Some cute clothing here, although I’m not sure if the value adds up.

A hat and scarf set is one of the weaker combinations that Loot Wear have included. I get $10 USD of value, which doesn’t compare well to an $18 USD cost price. Although this one is difficult to judge.

I do quite like these, but it’s a lesser known franchise (at least, here in the UK).

I think the socks and underwear collections are the ones that work best for me, although you can’t go far wrong with exclusive geek clothing.