Loot Crate ships every month from the US worldwide (to the UK in my case).

It’s a well-established geek box which has been having a few problems in recent months, with delayed shipping and repeated items.

The May 2019 box was also delayed, but did eventually arrive, complete with an information card with the theme of Nemesis. The box was bigger and heavier than usual. The boxes usually have a unique design inside to reflect that month, but I think that an older box was used here.

The price point for Loot Crate costs £24 GBP ($30 USD) a month, including a UK shipping surcharge. That price does change sometimes depending on the exchange rate as Loot Crate charge in GBP for sales to the UK.

This is better than the exclusive items have been inside Loot Crate in recent months. It shows Venkman with Slimer on his back and a bit of slime on his body.

I’ll value this based on similar items at $10 USD. 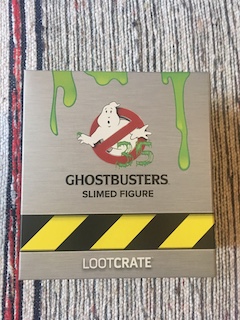 This is a different item, looking rather like an open mouthed shark. It just goes in your bath in place of the plug.

I might carry this around for use in all the hotels where the plug has gone missing!

Being different, this is hard to value. I’ll go with $10 USD. 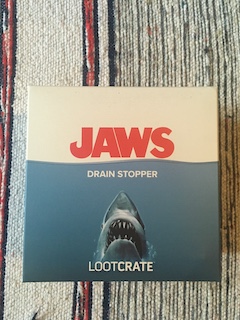 This is a repeated item. It’s a tiny sew on patch that represents the Tyrell Corporation.

This is new to me, but apparently dates back to the June 2015 Loot Crate.

According to the information card, you could have received this or a Pac-Man pin.

I’ll charitably value this at $1 USD. 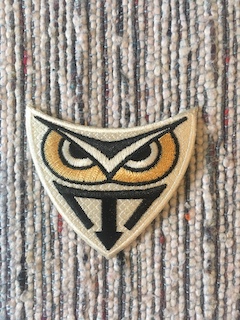 The League Of Regrettable Superheroes Book

This is a duplicate item for me, which I originally received in the July 2015 Loot Crate.

The information card says you’ll receive one of two previous books, or a different item if you already own them. I actually received both books and only own one, so I guess I can’t complain.

This is a fun book, with a collection of comic covers and details of superheroes who didn’t take off for loads of reasons, including poor names choices and super powers. It’s a Loot Crate edition, which just means it’s printed slightly smaller than the regular hardcover.

You can buy the full size version of the League Of Regrettable Superheroes Book on Amazon.com. This version of the book sells for a reduced price. I’ll value this at $7 USD. 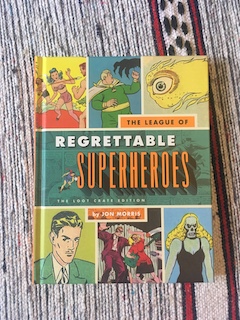 The Legion Of Regrettable Supervillains Book

Here is the second of the two Loot Crate editions of the books, this one focused on Supervillains.

I missed this first time around, so it’s new to me, but it originally appeared in the October 2016 Loot Crate.

You can buy the Legion Of Regrettable Supervillains Book on Amazon.com. That’s the full size version, rather than the reduced size Loot Crate version.

Like the other book, I’ll value this at $7 USD. 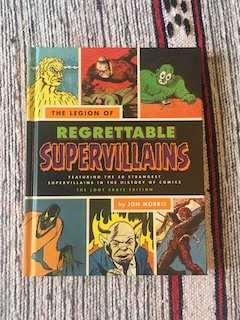 This one actually looks okay. The information card mentions that the Ghostbusters items relate to it being the 35th anniversary. 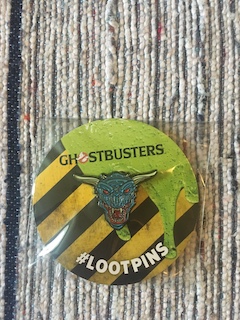 Better than recent months, although the items are only loosely related to the Nemesis theme, if at all.

I get $36 USD of value, which is slightly above the cost price. That might be slightly generous, as this includes the repeated items.

Unusually, there was no T-Shirt included in the box. I have lots of geek T-Shirts, so don’t really miss this. The repeat items are more problematic, although this worked out for me with an interesting book I didn’t own.

This is a subscription that’s rather pot luck at present. But I’m pleased to see some better exclusive items than in recent months.