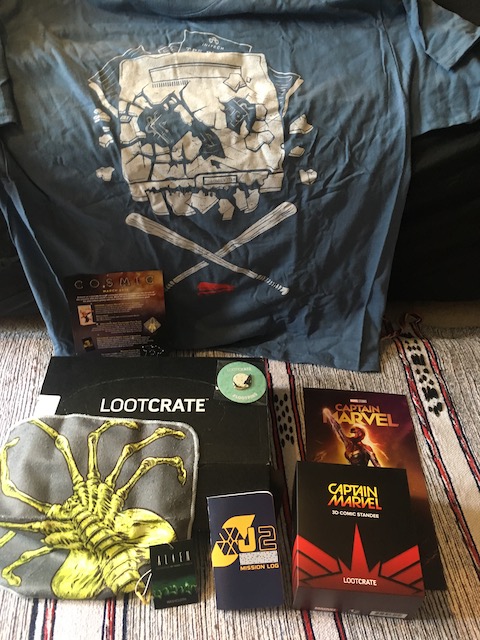 Loot Crate is an established geek interest box that ships from the United States to a worldwide audience – to the UK in my case.

The price point for Loot Crate has risen since I last reviewed it, now costing £24 GBP ($34 USD) a month, including a UK shipping surcharge. That price does alter sometimes depending on the exchange rate as Loot Crate charge in GBP for sales to the UK.

Loot Crate packages continue to be delayed due to production problems. This one was only slightly late and did arrive safely.

The theme for this month was Cosmic. The box no longer has an information booklet, but it does have an information card with details of the items, which is enough for me.

No new T-Shirt this month. The information card made it clear that we’d get a mystery T-Shirt instead.

Or, to put it another way, one left over from a previous month.

This Office Space T-Shirt came from the August 2018 Loot Crate. Nothing to do with the Cosmic theme, but thankfully not a duplicate to me as I skipped that month.

The design is simple but fine, although it’s a disappointment. I’ll use my usual T-Shirt valuation of $10 USD. 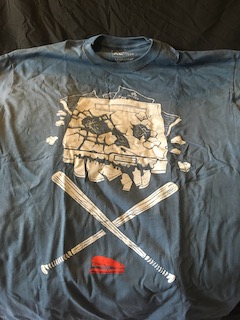 This is a movie tie in and presumably meant as the main item of the month.

It’s not up there with official Funko POP! Vinyls and the like, but Loot Crate has carried worse than this. 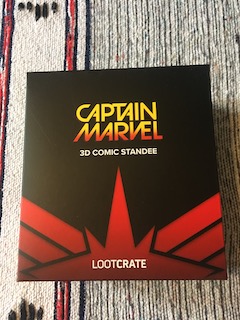 This is a thin tiny notebook, but would fit in a pocket and might come in handy sometime. 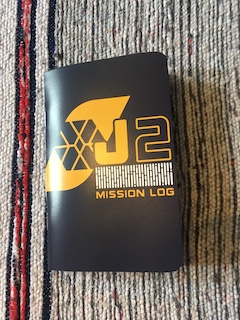 This is billed as a bonus item. It’s a tiny promotional poster.

I can’t bring myself to assign a value to this. 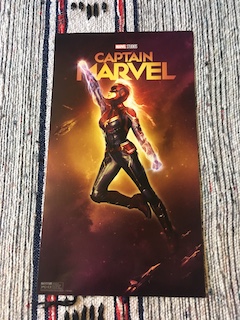 It’s a face towel. Not too bad actually.

But it’s also not the best material for a face towel, so it’s more likely to get used as a cleaning cloth.

I’ll use a charitable value of $2 USD. 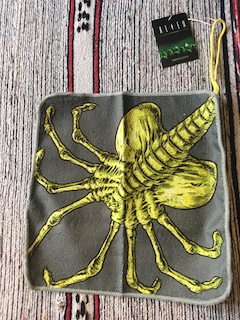 A planet and a rocket. As pins go, it’s acceptable. 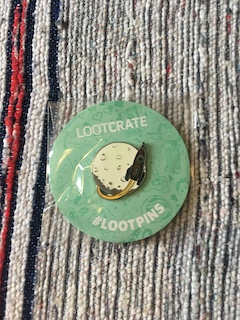 $22 USD of value inside this Loot Crate. That’s way down on what should be in there, particularly since the price to the UK has gone up. And, that includes an old item.

The big problem is the low value items. It’s hard to value a pin, face towel, notebook or poster.

And I’m not blown away by the item which is meant to bring the value with it. The Standee.

Loot Crate has let itself down with this one. I do continue to pick them up. There can be offers and it’s one of the mainstay boxes that really has to be reviewed. But I’d recommend considering all your geek subscription options carefully until the Loot Crate supply problems are sorted.