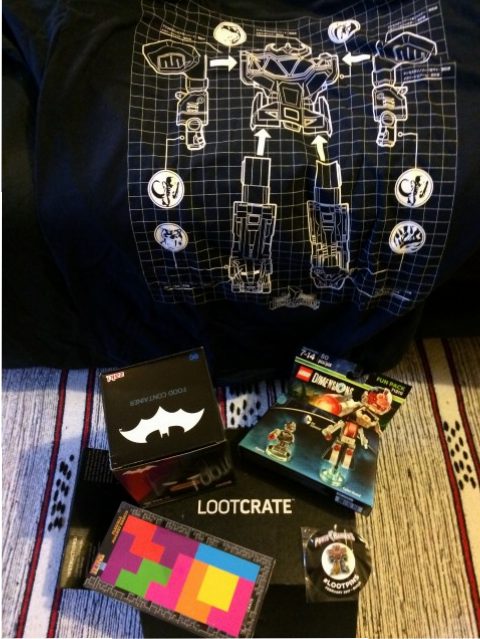 It’s been a while since I’ve reviewing one of the main Loot Crate boxes, which is one of the world’s biggest suppliers of geek boxes. This one always comes with a theme and some unique items.

The theme for February 2017 was Build. My box did arrive in the UK, but was rather damaged, with one flap hanging off.

Having checked out other reviews, it looks like I’ve missed out on the Loot Crate magazine, as well as a link for downloadable items. Not a major loss, but damaged packaging is always worrying.

The standard price for Loot Crate, including shipping to the UK, is $29.95 USD (£24 GBP) for a one-month subscription.

These grid style T-Shirts have been popular in boxes recently. This one works really well and would look good when worn. 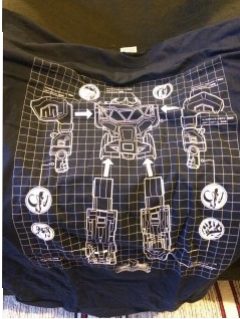 There were several different characters available here. I got Cyborg.

Looking at the Cyborg figure for Lego Dimensions on Amazon.com, a fair value for this one is $10 USD. Although, bear in mind, if you don’t have the game, this is just a small Lego figure, so the real value to you is likely lower. 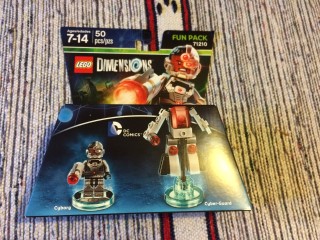 These are quite fun. I’ve always enjoyed playing Tetris.

This has the Loot Crate logo on the bottom, so I presume that it’s an exclusive. There is a similar (larger) set of Tetris Fridge Magnets available on Amazon.com.

Comparing this to the larger set, I’ll value the item at $5 USD. 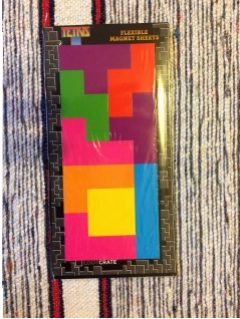 This is a useful item and a change to receiving mugs inside geek boxes.

You unscrew Batman (by his ears) to access a small food container. It’s not likely to leak either, as the top section takes some unscrewing.

Don’t think that was billed as an exclusive (the missing magazine strikes again), but it’s hard to find online. You can see the Batman food container on Amazon.com, but it’s mostly people selling their Loot Crate item. Based on similar items, I’ll value this at $10 USD. 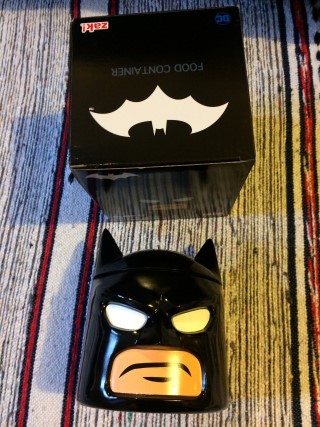 I’m told this pin is Megazord. The Power Rangers came slightly too late in life for me to remember all the details.

This one also gets you access to some downloadable comics, although without the magazine, I’m not sure of the full details.

I’ll value this at the usual $2 USD for cool pins. 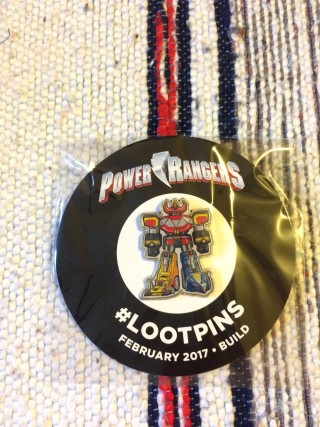 This Loot Crate was pretty good, apart from arriving in the damaged state.

Looking at other reviews, it looks like all I really lost was the magazine and part of an ongoing game. I get $37 USD of value, although really I should reduce this a bit because of the Lego Dimensions tie in and the box damage. Not the best value for a Loot Crate, but the items were good.

I really like the T-Shirt this time. I’m becoming a fan of the grid style of T-Shirt. The food container is a neat item and functional too.

It would be good if Loot Crate were to start shrink wrapping their boxes as other companies are doing. That would reduce the risk of damage.

You always get some exclusive items in Loot Crate. They are worth taking a closer look at.