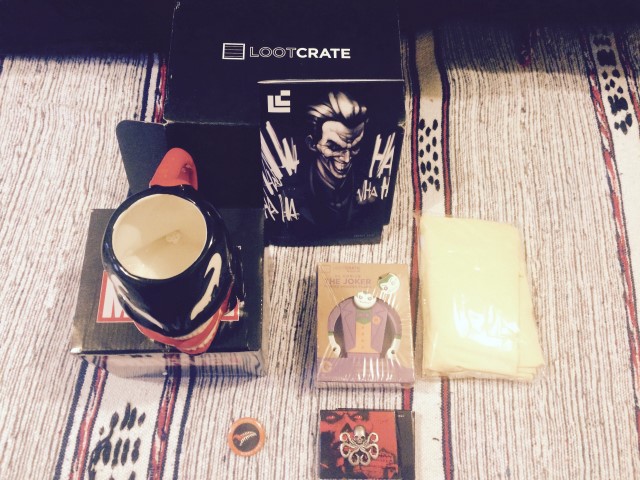 The theme for Loot Crate for August 2015 was Villains 2. After a great Heroes 2 box in July, I had high hopes for this one.

Shipping to the UK was fast and this was a heavy box. I believe that shipping took just over a week, although I was away so don’t have exact dates. Delivery within the UK portion was through Royal Mail.

Loot Crate is one of the more reasonably priced geek subscription box services. The usual cost, including shipping to the UK, is $29.95 USD (about £20 GBP, plus international transaction charges) on a monthly subscription. The three month plan reduces this cost to $28 USD.

The picture doesn’t do this one justice, but this is a heavy mug, with a stated 16 ounce capacity. It looks like a difficult shape to drink from (I haven’t tried). This comes in a nice Marvel presentation box.

The Venom mug sells for around $8 USD on Amazon.com. 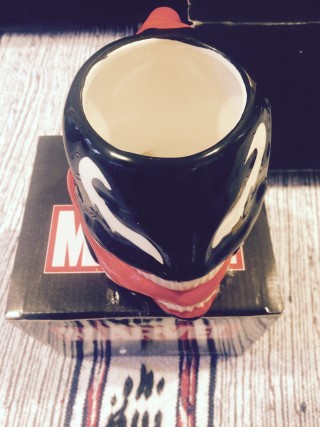 The big question this month – would Loot Crate include a T-Shirt? The answer was no, but they did include this Breaking Bad inspired apron instead. I previously had no aprons in my collection, now I have one, so this may well come in handy when making a mess in the kitchen.

I haven’t unwrapped it yet, as this might also end up as a present to a Breaking Bad loving friend of mine.

The Breaking Bad apron sells for around $25 USD on Amazon.com. 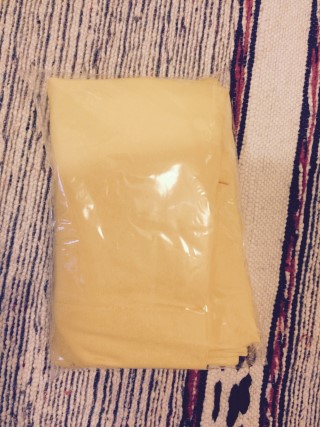 This is interesting, as it has interchangeable heads and you can also move the wooden arms around.

This is an exclusive item, the Batman wooden figure version goes for $13 USD on Amazon.com. 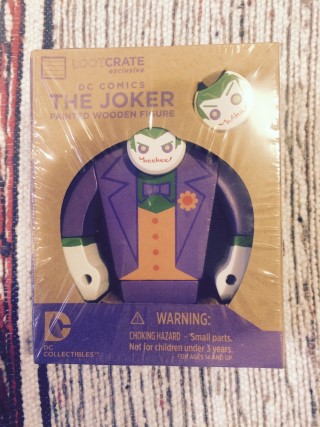 Just included for completeness. It’s a good thought, but no real value. 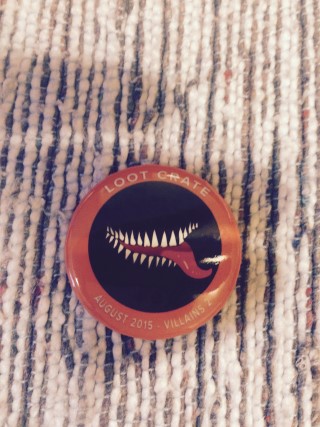 The Loot Crate magazine doesn’t identify this as an exclusive, but it has the Loot Crate logo on the packaging box. I believe that this is a prop replica from the movie.

Similar pins go for around $5 USD, although this may be worth more as an exclusive. 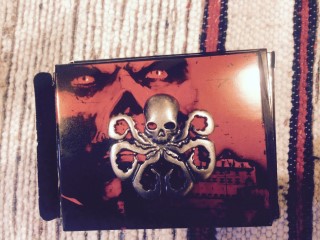 Claim Your Own Loot Crate Delivered To Your Door Each Month

This is a good box, capturing the theme well with no real filler. However, it’s really unusual to get a box with only four items in (plus the Loot Crate mini magazine and badge).

Removing the T-Shirt for two months in a row is probably a good business decision. It means that only one item needs to be manufactured (instead of a T-Shirt, which brings with it loads of size decisions). This might also be a push for the new Loot Crate Level Up programme, which includes clothing items.

I make this as $41 USD of value, which is a bit above the cost of the box, although not as good a deal as some of the previous ones.

One more box left on my subscription, then I’ll re-evaluate. I like this box, but it’s not quite top tier for my particular geek interests.

Get Your Loot Crate Subscription Here