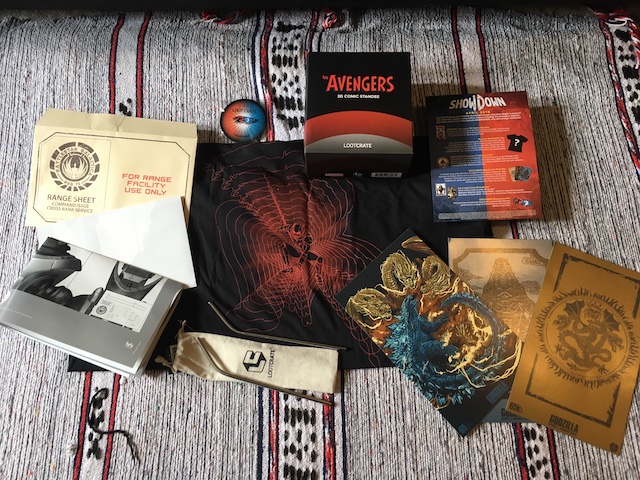 Loot Crate is an established geek subscription box that ships from the US. It is available in the UK, which suits my case.

The April 2019, with the theme Showdown, arrived safely, but a bit late. It came with an information card detailing the items, although this completely tally with the box contents. The contents also came inside a box made for a previous month.

The price point for Loot Crate costs £24 GBP ($30 USD) a month, including a UK shipping surcharge. That price does alter sometimes depending on the exchange rate as Loot Crate charge in GBP for sales to the UK.

For the second month in a row, there was no new T-Shirt. Instead, you received one from a previous month.

I got this official Marvel T-Shirt, which originally appeared in the July 2018 box. It is new to me.

No complaints with this one. I like the franchise and the simple design. But I’d imagine people who subscribe every month would be less happy about the duplication.

Or, to put it another way, one left over from a previous month.

I’ll use my regular T-Shirt valuation of $10 USD. 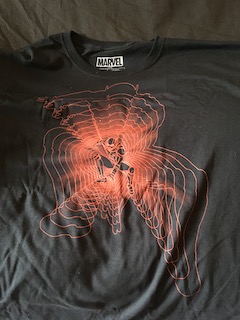 The positive? This is a standee of Captain America with a neat comic book background.

The negative? These standees always come across as second rate to me compared with official Funko items and the like. 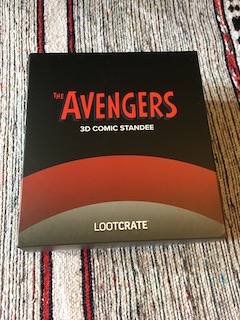 These are three prints. One of this is decent enough to be framed and displayed. 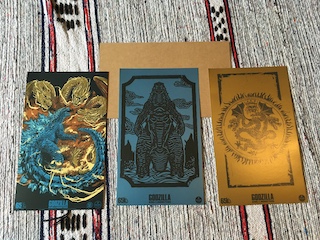 Here are two large poster. No idea why we would want the same item twice.

They are probably an exclusive, but not billed as such. Or, at least they were an exclusive when they were first included in Loot Crate back in June 2015.

They are, at least, new to me.

This was one of two possible old items you could have received in this box (making it a Showdown). The other was a Star Wars comic. 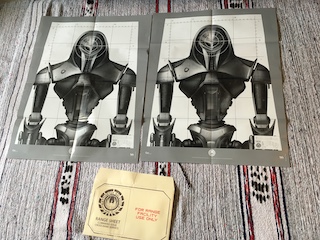 This looks like a superhero and supervillain in a battle for the ages! But it’s still just a pin. 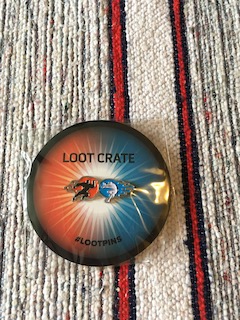 These aren’t included on the information sheet. They are probably an exclusive, or at least the bag is probably exclusive.

There’s nothing unique or geeky about these.

With that said, I did need some metal straws, so these will come in handy. You can see plenty of metal drinking straws on Amazon.com. 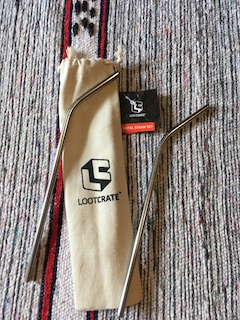 There’s one twist to the tale yet. The information card mentions that an Aquaman Challenge Coin will follow at a later date. I’ll wait to see if that arrives or not.

Two recycled items from previous months is too many. With that said, the T-Shirt, to me, is the best item, which makes it rather lucky I haven’t received in before.

My value assessment comes out at $28 USD. That’s down on where it should be. That also includes the cheap posters and prints. Maybe the coin will make up for this?

In principle, Loot Crate is a good buy. In practice, Loot Crate isn’t living up to its promise right now. But there will always be some items of interest.