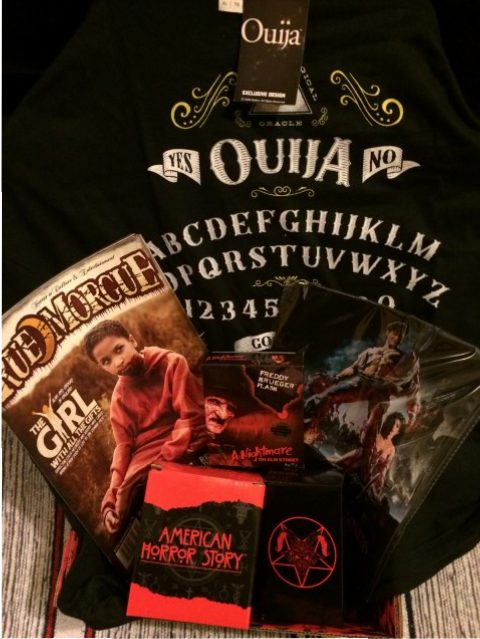 I’ve always liked Horror Block so it came as something of a surprise to me that I hadn’t purchased one for a few months. I was lured back with a special offer, so that seemed as good a time as any to see what this horror box would be like.

As you’d no doubt expect from the name, this box contains horror related items, usually related to popular horror franchises, although I have had a box before which just had weird unlicensed products. From what I can see, the problem days are well in the past and Horror Block is back in line with the rest of the Nerd Block family. There’s no theme other than horror, although some of the franchises included tend to be advertised in advance.

The box also always contains a Rue Morgue magazine, whether this is their latest issue or a special release.

The standard price for this box, including shipping to the UK is $32.49 USD (£27 GBP). As I said, I did get a slight discount, although much of the pricing for UK residents is eaten up with the postage anyway.

This box also costs a lot more than it did a few months ago due to the hit that the UK exchange rate has taken.

The box arrived safely through Royal Mail and benefited from being shrink wrapped all the way around. That’s something that all the main monthly Nerd Block boxes seem to be doing now and is definitely a good idea. This box also had a fair amount of weight to it, which is always something that feels good when you’re preparing to look inside for the first time.

As well as the information card, the box contained a (now customary) $10 discount voucher for the Nerd Block shop. I’m unlikely to use this discount and so am excluding it from the box valuation.

Really unusually, this isn’t a Shirt Punch design but is actually produced by Ouija, which I was surprised to learn is a trademark owned by Hasbro.

The simple black design with white print works well here and captures the style of a Ouija board. 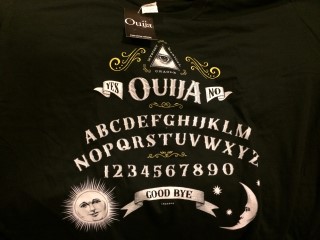 This is a really cool hip flash. I’ve been hoping to get a flask in a geek box for a while and this design delivers.

This is a rarity. I can find plenty of hip flasks on Amazon.com, but none related to Freddy Krueger.

Looking at similar items, I’ll value this at $15 USD. 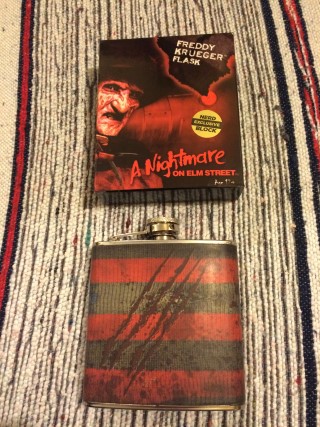 This one isn’t billed as an exclusive, but it is a design from a popular horror franchise.

Before this month, I’d never had a pencil holder in a geek box before. After the December 2016 Sci-Fi Block, I’ve now had two.

It might be of interest that the label on the bottom of the box for this calls it a “ceramic mug”. It would be rather difficult to drink out of, but I wonder if the original plan was for this to be a mug?

Despite this not being an exclusive, I can’t find anything all that similar online. I’ll stick with a value the same as the pencil holder in Sci-Fi Block, which is $10 USD. 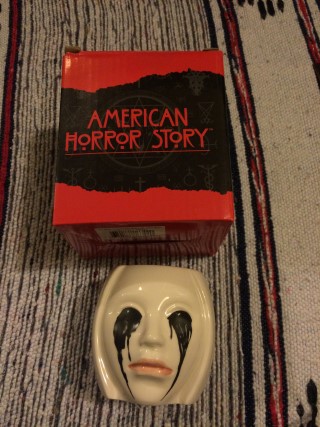 I haven’t come across Army Of Darkness before, but it’s a comedy horror film from 1992.

I think mouse mats have largely had their day, but this is a good enough design.

I don’t see a great worth here so I’ll value this at $2 USD. 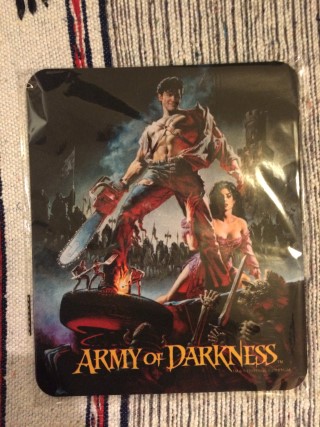 This is an other first for me as I’ve never owned an LED candle before (or received one in a box).

I’m sure this will come in handy sometime. No free battery unfortunately.

There are other LED candles available on Amazon.com. Looking at the pricing of those, I’ll value this at $15 USD. 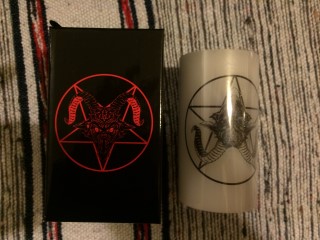 I’ve always enjoyed reading these magazines and it’s good to have them included in the box. 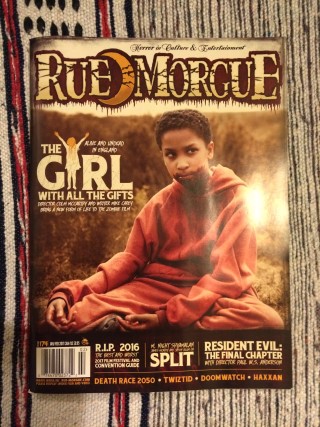 The total value here is $62 USD, which is close to double the cost price.

Now, to be fair, there are items here of the type that I wouldn’t ever consider buying if they weren’t in a box (how useful are all these pencil holders really?), but there’s little that looks really cheap either.

The exclusive hip flask is a real winner for me, the other items are all fun and the magazine is worth a read.

Horror Block always tends to contain a good variety of items. I appreciate the effort that goes in to this series of geek boxes.