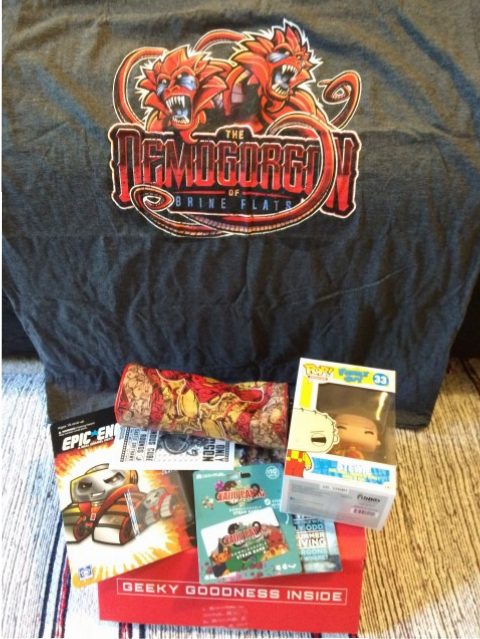 Geek Fuel is one of those geek boxes I pick up every few months. It doesn’t come with a theme, but does sometimes have spoilers about the items inside. I’ve found Geek Fuel to have some good items inside in the past.

I picked up a reduced price box for May 2017, which arrived smoothly from the United States in its catchy red packaging. The normal price for Geek Fuel, including shipping to the UK is $29.90 USD (£24 GBP) with a month-by-month subscription.

This box was medium weight. One thing I liked about it is that the items were nicely packaged with an additional wrapping of Geek Fuel paper. Just adds an additional professional touch.

The box also came with an information card with details about the items inside (and the alternatives you might have got for some of them).

This is a pretty cool T-Shirt, which the information card says is the Demogorgon from the original 1974 Dungeons and Dragons release.

This is a dark grey T-Shirt with a multi-coloured print (mostly red). Looks the part!

I will put a value on this this of the T-Shirt standard of $10 USD. 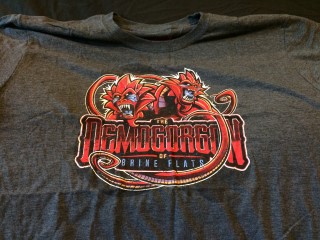 An A5 leaflet. Brings back a few memories.

No real value to assign here. 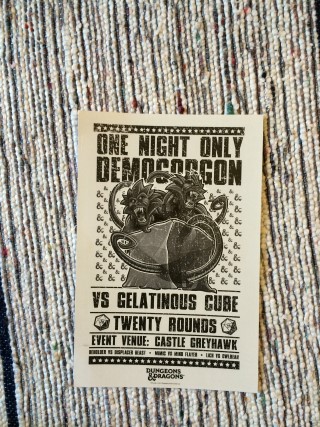 One of those great TV characters in the form of a Funko POP! Vinyl. Stewie is holding his teddy bear, Rupert.

You can see the Family Guy Stewie Funko POP! Vinyl on Amazon.com. Based on that, I’ll assign a value of $8 USD.

A great item to have in the Geek Fuel box.

Some subscribers would have received the Ray Gun Stewie version, which is also pretty cool. 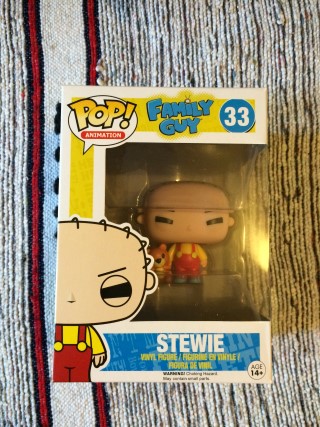 I like this pencil case, which the information card bills instead as a Power Pouch. I guess that these things are pretty interchangeable.

You can use this for lots of things other than pencils. I’m sure it will come in handy.

You can see a variety of Marvel Pencil Cases on Amazon.com. I can’t spot this exact one, but based on similar items I’ll value this at $6 USD.

This was one of five possible Marvel Pencil Cases that could have been in the box. 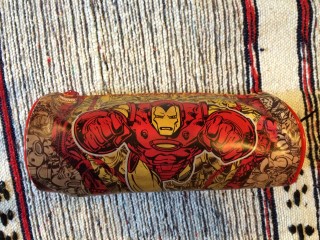 This is presented as a plastic card on cardboard backing.

Some boxes like having these downloadable games included, but I struggle to see or assign a value to them. 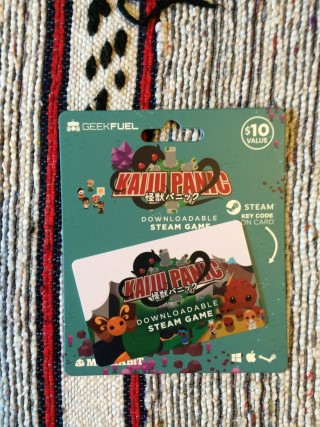 This was one of three possible pins inside the box. One of them was said to be really rare, although I didn’t get that one.

Although I’m not much of a fan of pins, I do like the effort that goes into the presentation of these.

Based on the presentation, I’ll assign a value of $2 USD. 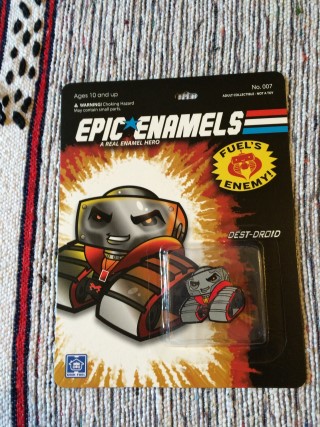 This is a good bonus item to have. It has some short articles about the franchises in the box.

As it’s a promotional magazine, I won’t assign a value.

Claim Your Own Geek Fuel Box By Clicking On This Link

A lot of thought goes into the Geek Fuel boxes. I like many of the items, although there are always a few things that don’t carry a lot of value. They can still be nice things to have though, like the mini magazine.

The Stewie Funko POP! Vinyl is my favourite item in the box, closely followed by one of the better T-Shirts.

I’ll find use for the pencil case too. It’s pretty stylish and the Iron Man print works well.

The downside is the value. I get $26 USD of value, which is slightly below the cost price. However, I might have slightly underestimated this and there would be separate shipping costs to add on if the items were purchased separately.

As these boxes go, Geek Fuel has interesting items inside to check out. One geek box that’s worth a try!

Take Advantage Of Your Own Subscription To Geek Fuel Here