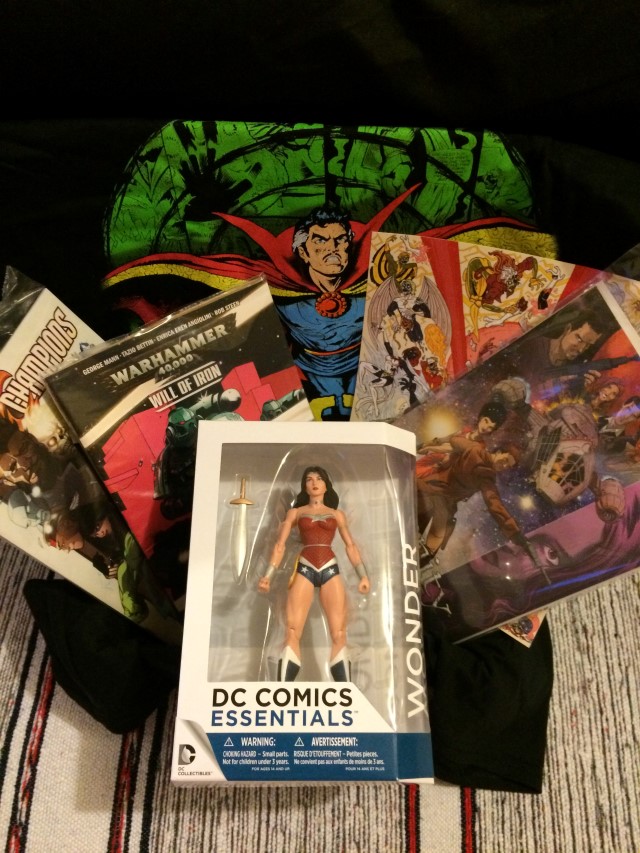 Comic Block is a box aimed at fans of comic books. There tends to be a focus towards superhero comics, as well as tie-ins with movie releases (there are a lot of comic inspired movies right now), but the box isn’t exclusively devoted to these. It’s part of the wider Nerd Block stable, so Comic Block also normally comes with one or more exclusive items.

Beyond the overall comic theme, there isn’t normally a particular topic for the box. Like many boxes now, the spoilers give good hints about the franchises that can be found inside.

This particular box arrived safely through Royal Mail and included an information card with details of the items. The box also contained two $10 USD vouchers, one for the Nerd Block shop and one for the Shirt Punch T-Shirt company. Due to the challenges of using these items and making any real saving, particularly for international subscribers, I’m not including these in the overall box value.

The standard pricing for Comic Block, including shipping from Canada to the UK, is $33 USD, which is around £26 GBP). Like many boxes, the poor UK to US exchange rate really hurts right now.

A movie tie-in, this is an official Marvel T-Shirt.

I like this design. A black T-Shirt, with a visual Doctor Strange image on the front and several comic block panels in the background.

I’ll value the Doctor Strange T-Shirt at the T-Shirt standard of $10 USD. 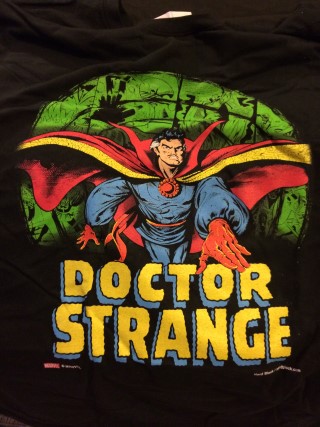 This is a large figure from the DC Comics Essentials series.

This was one of several figures included as variants of this Comic Block box.

There are many Wonder Woman figures available on Amazon.com. Although I can’t find this exact figure, based on the pricing of similar items, I’ll value this at $15 USD. 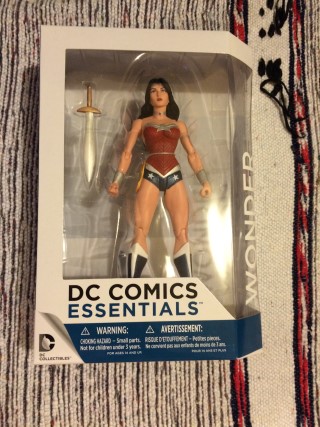 This is the first in a four part series of this Games Workshop franchise, officially presented by Titan Comics.

It looks like an interesting tie in. The back cover is a whole page advert for the different Nerd Block offerings. 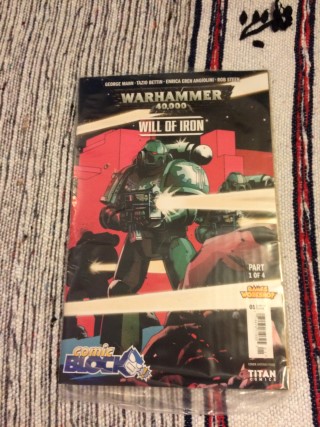 Another exclusive cover, this a Marvel release, with a price of $4.99 USD.

To me, this is aimed at a younger audience, but looks like it has future potential. 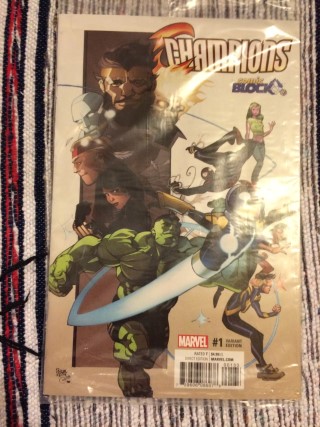 Full kudos to Comic Block this time for putting in the effort needed to get three variant covers.

This release is from Dark Horse comics and looks to be a continuation from the popular TV series, Firefly.

It is the first in a six part series and has a dark feel to it. This one also has Nerd Block adverts on the back cover.

There’s no cover price, but I’ll assume that this matches other comics in the series, at $3.99 USD. 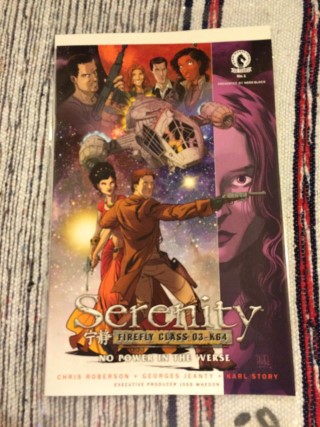 This is a fun card print. Unusually, it’s billed as a limited edition, rather than an exclusive. 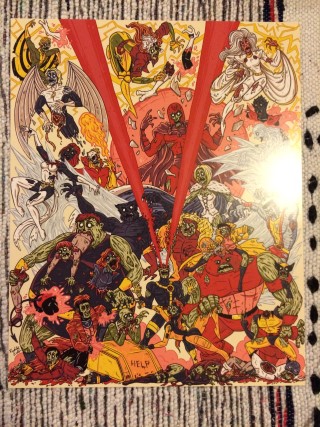 Grab Your Own Comic Block Subscription By Following This Link

This box is well-curated, with varied items, including an interesting T-Shirt and a fun figure.

I get a value here of $40 USD, which is slightly above the cost price.

As usual, the comic bagging is mixed, with some of these bags being reusable and others having to hit the bin. That’s still something that needs to be improved.

Comic Block continues to be a great box for comic fans. I do like the way that all of the comics this time had variant covers and I hope that this trend can continue.

If You Like Comic Books, You Can Check Out Comic Block Here