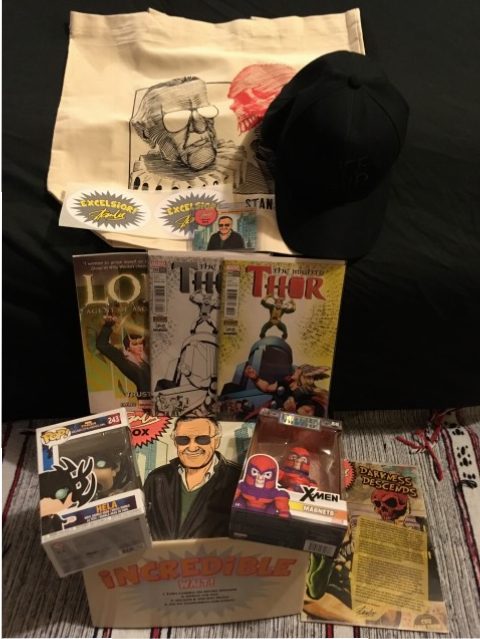 The Stan Lee Box is a geek mystery subscription box that’s new to me, although it’s been operating for some months now.

It’s a larger (and pricier) geek box released every two months that contains items curated by Stan Lee, some of which are exclusives including his involvement. The subscription also promises that one in ten boxes will contain a Stan Lee autograph.

The November 2017 box arrived safely with me in a heavy container, protected by an external box. Shipping to the UK did seem to take longer than other boxes, so that’s something that could be improved in the future.

With the external box removed, this one is rather good to look at, with a large colourful picture of Stan Lee on the front of the box. The artwork outside and inside the box is excellent and this is a rare box I’ll hang onto just based on the quality of the packaging.

Production values are high throughout, including in the brochure, which is a four A4 page cardboard spread, talking about the box theme of Darkness Descends and including a message from Stan Lee. The box also came with two stickers and a laminated fun fact card, although I’ve not included these in the review or value assessment.

I mentioned earlier that this is a higher priced subscription. Including postage to the UK, this comes to $69.99 USD (£56 GBP), although I was able to take advantage of a short-term discount. As such, this unfortunately isn’t likely to be a box that I can afford to purchase every release.

There’s no T-Shirt inside the box, but there is a similar item in the form of this high quality shopping style bag.

It depicts Stan Lee holding up the Red Skull in a Hamlet style pose. 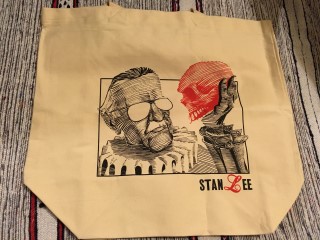 A great Funko POP! but unfortunately it’s a duplicate for me, as I also received this in the October 2017 Infinity Crates.

You can get the Hela Masked Funko POP! Vinyl on Amazon.com. The price point I’ll use for the value assessment is $10 USD.

This was one of two possible Funko POP! Marvel figures that could have been included in the box, with the other being Loki Sakaarian. 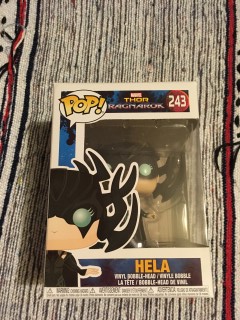 I rather like this cap, which depicts Stan Lee’s famous saying.

It’s also rather subtle, which suits me well in a cap. 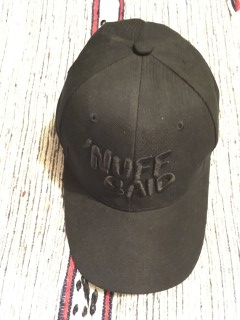 This is a first for me, having two versions of the same comic inside the same box.

These are 64 page specials and carry the cover price of $5.99 USD each.

Again, high production values shine through here. Both comics are bagged and boarded and come in an addition hard envelope to avoid damage. 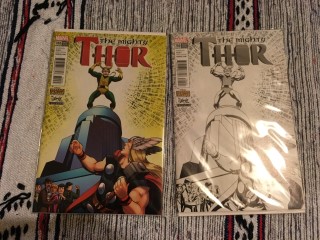 This collects together Loki Agent of Asgard Issues #1 to #5 and was originally released in 2014.

I’ll certainly give this a read.

You can get the Loki Agent of Asgard Trust Me collection at Amazon.com, where it comes with good reviews. Based on the pricing there, I’ll value this at $18 USD.

There were two possible graphic novels that could have been included in the box. Based on the information card, some subscribers would have received Magento Last Days as an alternative. 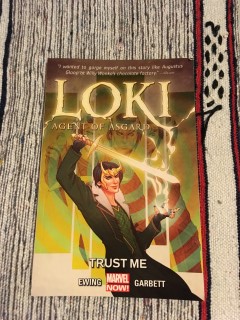 I’ve had Metals in some of the WWE Slam Crates, but I think that this is the first one I’ve received in a non-wrestling geek box.

These are 100% die cast metal, running heavier than Funko POP! Vinyls and I think that they display better. Magneto from the X-Men is particularly visual here in this 2017 release.

You can get the Magneto Metals Die Cast figure on Amazon.com. This is release M140.

Based on the selling prices, the value I’ll use for comparison is $11 USD.

Some people would have received Venom from the same 4″ series in their box in place of Magneto. 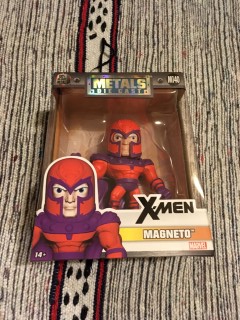 Find Out More About The Stan Lee Box Here

This is one of the most interesting boxes I’ve ever unpacked, with top notch production values.

Putting aside the value of the curation, I price the contents up at $66 USD, which is just below the cost of the box. That’s also including what may be a slightly inflated price for the graphic novel, and the fact that there are two versions of the same comic.

Exclusive items are always difficult to value though and this kind of box is always stellar for Stan Lee fans and those people who want to get their hands on rare comic variants.

The high value figures are both great items and it’s a shame that one of them is a duplicate for me. I’d have liked to have seen a variant figure here, just to really add to the high value of this box.

I do like the cap and it’s slightly subtle nature. It’s one of the few caps from geek boxes that I’m likely to wear.

Full kudos to Stan Lee and the team for such a well-presented collection of geek items. The price of the box, when delivery to the UK is included, is likely to mean I can’t subscribe too often, but I shall definitely buy this again.