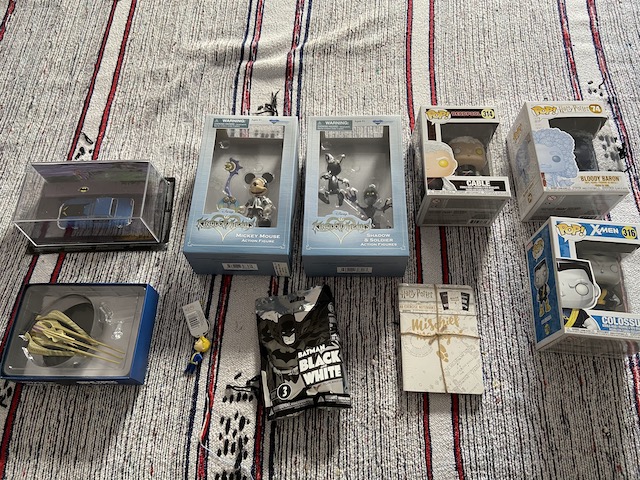 A special Zavvi ZBox was on offer for Black Friday 2020 and I quickly claimed one.

This arrived a few days later through Royal Mail and in a much larger box than the regular monthly Zavvi ZBox. A decent amount of weight to it as well.

Zavvi do offer a standard box every month. The pricing for that one, paid on a recurring monthly basis, is £19.99 GBP ($25 USD).

This box didn’t come with an information card. I don’t know if everyone buying this got the same or different items.

This is first of not one, not two, but three Funko Pop! Vinyls inside the box.

This one isn’t really a favourite of mine, but it looks the part. 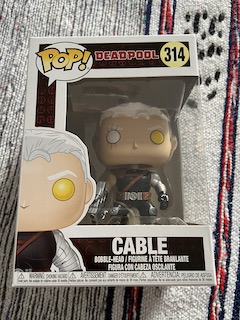 A really nice design for this Funko. This is #316, just 2 higher than the Cable Pop! Vinyl.

A good addition to the collection, which could fit equally well with Deadpool.

You can get the Colossus Funko Pop! Vinyl on Amazon.com. 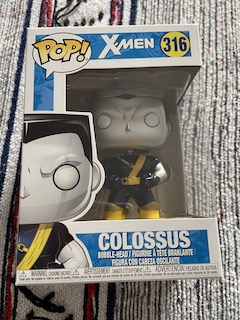 A complete change of franchise for the third Funko Pop! Vinyl, to move across to Harry Potter fandom.

This is Pop! #74. You purchase the Bloody Baron Funko Pop! Vinyl on Amazon.com.

The design is good, but this isn’t one that really interests me all that much. The value assessment is $10 USD. 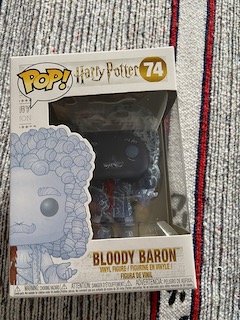 A different type of figure now, with the first of two packages from Disney’s Kingdom Hearts.

This is apparently a video game series using Disney characters. There are two figures here, both small compared to the amount of packaging used.

You can check out the Kingdom Hearts Shadow and Soldier figures on Amazon.com.

This series doesn’t do a lot for me, but these ones are reassuringly expensive. I’ll value them at $15 USD. 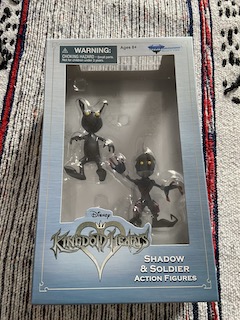 Also from Kingdom Hearts comes the instantly recognisable Mickey Mouse. Only a single figure, but much larger than Shadow and Soldier.

The figure comes with some kind of staff or other magic device. Or maybe it’s a sceptre as I read he’s King Mickey (I’m not too familiar with this franchise).

This one isn’t the easiest to find on sale through major sites. Lots available through auction sites. I’ll value this at a consistent price of $15 USD. 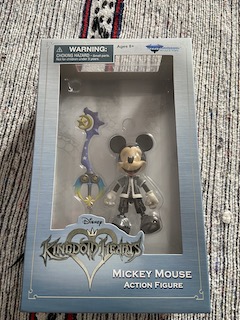 The box for this doesn’t say very much about it, but by process of elimination I’ve worked out this is by Eaglemoss.

Apparently, this is from the Star Trek Enterprise episode Raijin. Originally, this would also have come with a magazine (issue #81 in this case).

It has a stand with it and should display well on a shelf.

This is a curiosity and hard to value as a stand-alone item. I’ll go with $15 USD here. 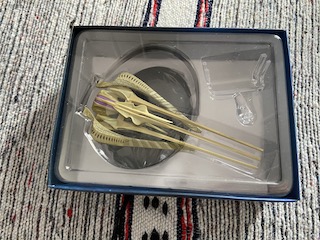 A collectible figure in a larger bag than many of these mystery figures.

This one is part of the third series of these figures. You can see the Batman Black and White Figures on Amazon.com.

All the figures are Batman variants which is quite unusual. There are no other supporting characters from the range. 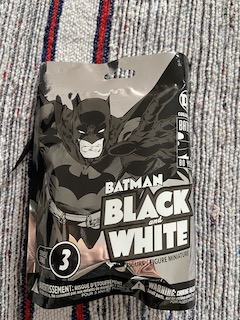 A fun enough official little item. That will fit straight on a key chain. 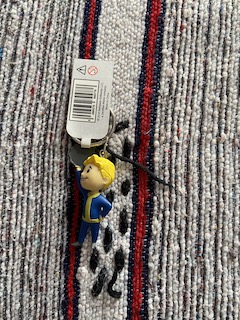 The second Batman item in the box and it’s a rather cool one.

It’s a nicely boxed display piece of the Batmobile from Detective Comics #400. It’s another Eaglemoss item and originally came with a magazine.

I think this is my favourite item of the month. I’ll value this at $15 USD. 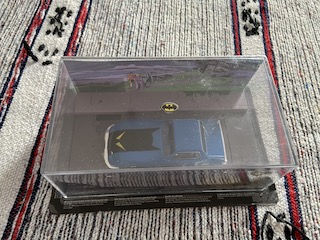 Three small softback notebooks. These are all Harry Potter themed and will fit straight in a pocket, so they are very handy.

They come neatly packaged and bound in string, so they would make a nice gift as well. 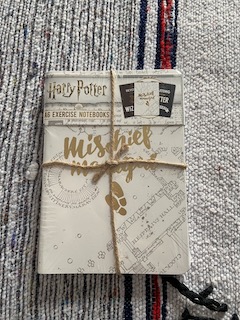 An excellent Black Friday box from Zavvi. One of their best ever.

It’s always unusual not to have a T-Shirt in the box, but the contents didn’t feel like a let down.

I get $92 USD of value here, which is huge for a geek box, especially as there are no junk items.

Now, that isn’t to say everything is to my taste, but there are some decent figures inside, some good display pieces and I’m really impressed by the Batmobile. Not something I’d ever considered collecting before, but this one looks the part.

The Zavvi ZBox is a UK long standing geek box. Do take a look at what Zavvi are offering and you might get cool items like these inside.