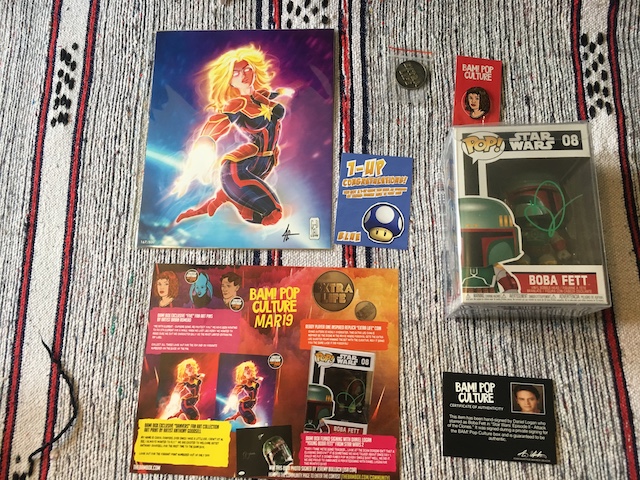 There are two boxes released each month by Bam! Box. One is horror themed, the other is their Pop Culture Box, which I’m reviewing here for the second time.

This review is for the March 2019 Bam! Pop Culture Box.

These boxes don’t come themed, but they do have an information sheet with them. There is also a chance of getting upgraded versions of some of the items. This box is known for including autographs every month.

My box didn’t come branded, but I don’t know if that’s because it was shipped to the UK. Usually everything fits in a small box, as many of the items are paper based, but this was larger than usual due to the inclusion of a Funko POP! Vinyl.

As pricing goes, with UK shipping included, goes, this is one of the more expensive geek boxes, weighing in at $52 USD (£42 GBP). There are sometimes discounts available, including for longer term subscriptions.

This is a heavy coin, rather cool, which says Extra Life on it. The information sheet doesn’t bill this one as an exclusive.

You can see a variety of Ready Player One coins on Amazon.com.

The price these sell for surprised me. Based on that, I’ll value this at $10 USD. 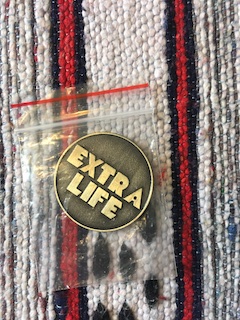 I got the Upgraded version of this print by Anthony Goodsell, which comes with a blue background instead of red. It’s limited to 500 copies.

I don’t usually value prints highly when they’re not autographed. As this is the upgraded item, I’ll go higher than usual, to $5 USD. 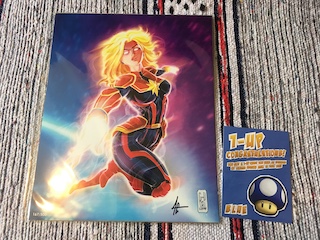 The main spoiler for the month was that the box would contain a signed Funko POP! Vinyl. It turned out to be this Star Wars one, signed by Daniel Logan.

It is rather cool, although the autograph is just a scribble.

The regular version of the Star Wars Bob Fett Funko POP! Vinyl is available on Amazon.com. 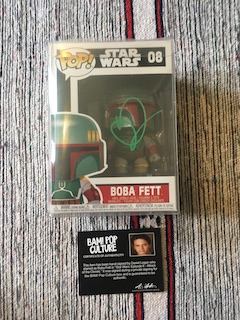 There were three versions of this pin available, to include the upgrades. I got the basic version.

Nothing here to excite me. I’ll value this pin at $2 USD. 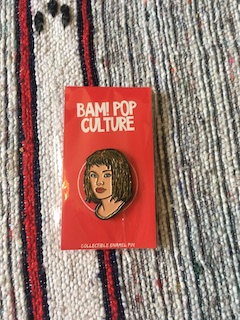 Subscribe To Bam! Box And Get Exclusive Geek Items Here

There are only four items here and one is a pin. But there is some obvious value.

I get $37 USD of value, which is well below the cost price. But it’s always hard to know how to judge autographs.

I think this is better value if you’re ordering in the US and have lower shipping costs.

It is great to have an autographed POP! and the coin is rather cool too.

This is a good buy if you like autographs and exclusives. I do enjoy unboxing this, but it’s hard to make it seem a sensible decision from a UK pricing point of view.

Find Out More About Bam! Box By Following This Link