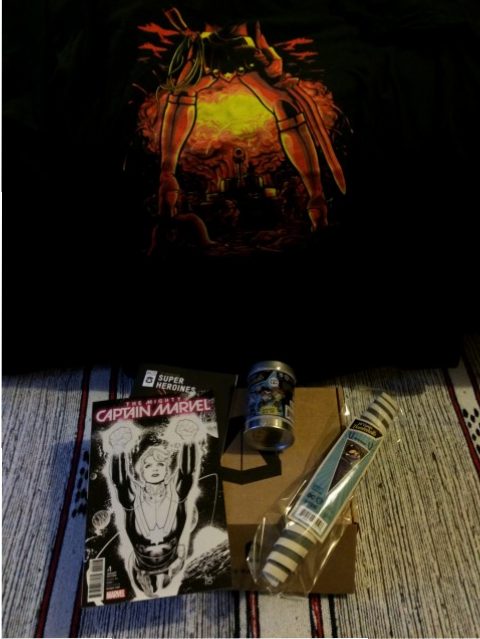 The February 2017 Zavvi ZBox came with the theme Super Heroines. This is one of the biggest of the UK based geek subscription boxes, being backed by The Hut Group.

The box also contained a mini magazine giving details of the items inside and some short articles.

This is a fun and exclusive design, showing the lower half of Wonder Woman. 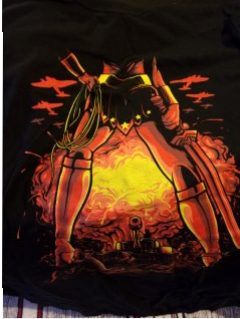 Not too sure which audience this one was designed to appeal to.

This is billed as an exclusive, although I can see what looks to be the same banner as part of this set of DC Bombshells banners on Amazon.com.

The only thing I can think is that the colours may be slightly different, or that may just be my monitor.

Based on the larger set, I’ll reluctantly value this at $10 USD. 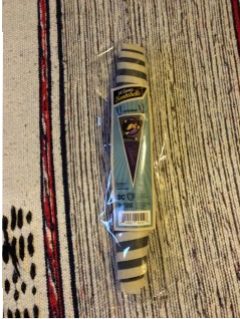 This is the first in a new run of comics. The artwork is good. The cover is an exclusive black and white variant. 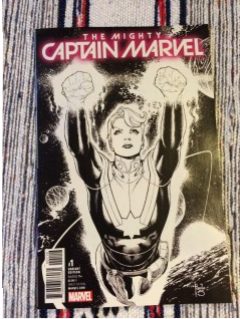 These blind tins are always fun. There are 12 different figures to collect.

You can get a Lil Bombshells Blind Box on Amazon.com. The typical value is $8 USD. 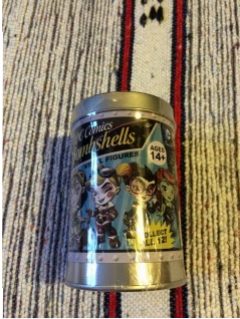 A good Zavvi ZBox for variety. I get $32 USD of value here, which is above the cost price.

The big downside of this box is that Zavvi advertised that it would contain an exclusive Bombshell figure of Wonder Woman. The same figure was included in the magazine. That didn’t transpire and instead the much lower value blind box figure was included. The result – a lot of unhappy customers.

Zavvi did respond to this one and sent a £5 GBP voucher to everyone who purchased it. That’s something, but the £5 voucher also came with the limitation of not being usable with any other discount codes. So much less valuable then it originally appeared. Something for Zavvi to learn from.

With all of that said, there were only four items included in this geek box, but all four carried value with them. As geek subscription boxes go, that’s pretty decent.

I’m not keen on the banner, but otherwise all of the items do have some redeeming value.

Zavvi always provide interesting ZBoxes. The contents can vary, but there’s a reason why they’re such a mainstay of the UK geek box scene.