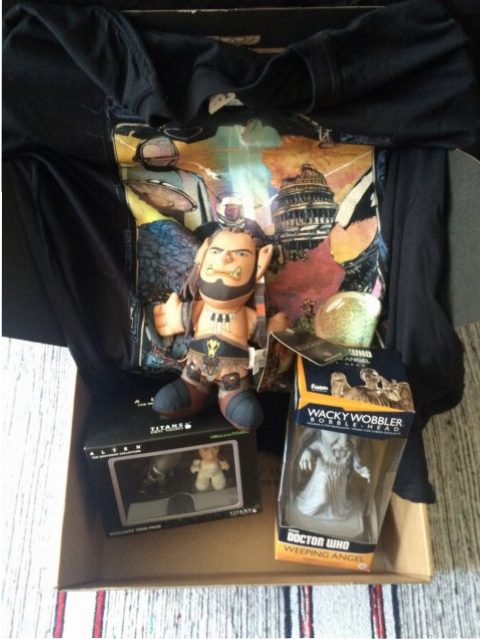 Zavvi provided this ZBox geek box free of charge for review purposes. This does not affect the editorial content of the review.

The August 2016 Zavvi ZBox continued the trend of shipping around the middle of the month. I will call this the August 2016 box throughout the review, even though the include mini magazine giving details of the items called this July 2016 (there was a separate July 2016 box).

If you’re not familiar with the Zavvi ZBox, this is one of the longest standing monthly geek mystery boxes available within the UK. It’s backed by a major retailer and tends to include an interesting selection of items inside.

The theme for the August 2016 box was Invasion, providing plenty of potential for Science Fiction related items.

Pricing for the Zavvi ZBox is along similar lines to others. For a subscription paid on a rolling monthly basis, the standard Zavvi ZBox price is £19.99 GBP ($26 USD). That’s the price I’m using to assess the value of the box.

The box arrived safely through Royal Mail, which is a convenient delivery service. There was a decent weight to this box, which is always a positive sign.

This is an exclusive design, based around the Invasion theme.

This isn’t based around any particular franchise, although there’s a few ideas from popular culture include as part of the print. 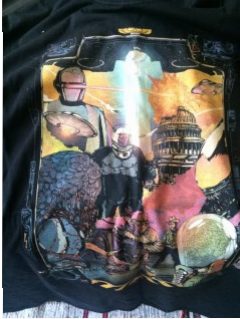 As a fan of Doctor Who, I’m happy to see this item included, which reflects the most memorable enemy character of the new series of Doctor Who.

This is a taller character than most of the traditional vinyls, with a real stare that you just don’t want to blink at!

You can see the Weeping Angel Wacky Wobbler on Amazon.com.

This being heavily discounted at present, so I’ll apply a valuation of $5 USD. 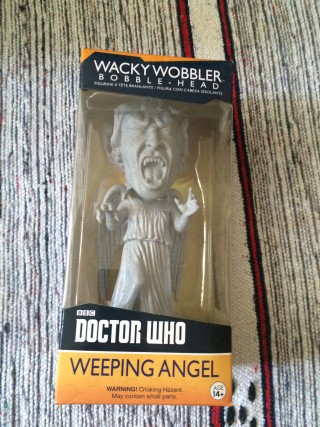 The box for this package bills it an exclusive from Titan Vinyls.

I did, however, receive an identical exclusive pack in the Nerd Block for October 2015.

These are collectible items with two collectible characters, but I also feel that this box billing is rather pushing the truth. Thankfully, the Zavvi mini magazine does not suggest that this is an exclusive.

I previously valued these 3″ figures as having a total value of $30 USD. In the circumstances, this seems excessive, but I will stick with the previous value for consistency. 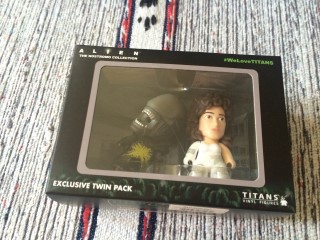 This was one of a selection of plushes that could have been included within the geek box, all from within the popular World of Warcraft franchise.

Durotan is one of the Bleacher creatures. I don’t know much about them, but he’s clearly a popular item to own.

You can see the Durotan Plush on Amazon.com.

The associated advertising of this plush is that it’s “soft for cuddling”. This isn’t a natural match for me, but clearly works for some people.

Based on the pricing, I’ll value this at $6 USD. 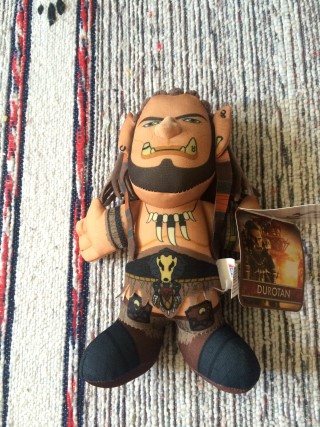 I get a value of $51 USD, which is almost double the cost price for the box.

I do feel that four items isn’t so much (five items if you include the mini magazine), but on the positive side, there are no items that would instantly discounted as lacking value, or which would head straight to the rubbish bin.

It is disappointing to receive an item that has already been circulated in an international geek box, although I accept that this will be new to many.

There is a very wearable T-Shirt, a great plush and some collectible figures included. The Zavvi ZBox contains just the sort of stuff which delivers real value.