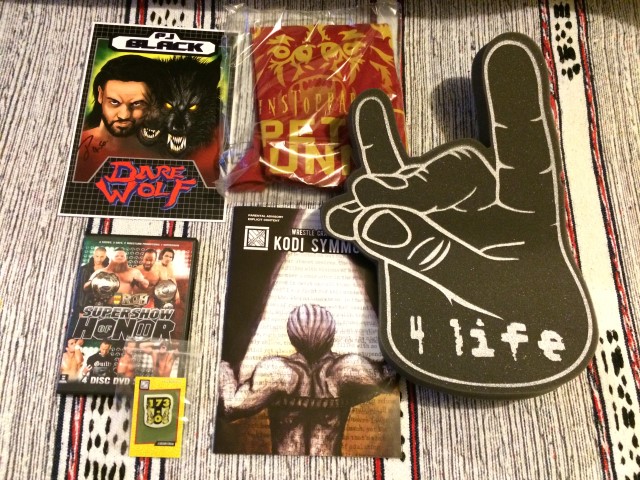 I occasionally cover wrestling subscriptions as they’re a geek fandom in their own right and one that I also enjoy unboxing.

It’s been a while since I’ve reviewed Wrestle Crate UK. This time, I’m having a look at their supersized box, the Ultimate box.

To add to the confusion when looking at reviews, there is also a US version of Wrestle Crate, so lower shipping charges are available there. However, although some items are the same in both boxes, the UK version includes a lot more britwres related items.

The box arrived safely through Royal Mail. There is no information part though and this would really useful, particularly when trying to see which items are exclusives.

This is a fun exclusive T-Shirt on red stock with gold print promoting the UK wrestler Pete Dunne, part of the WWE UK division.

Pete Dunne is no stranger to T-Shirts, also forming part of the team behind the Defend Indy Wrestling clothing brand.

This T-Shirt is rather cool and definitely wearable. 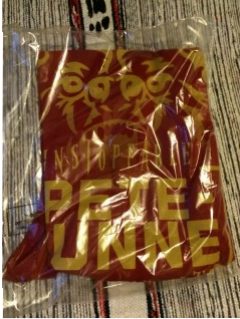 This is a good print on A4 stock. The colours look more vibrant in person and this would work well framed.

The autograph is hidden at the bottom left and rather minimalist in style. 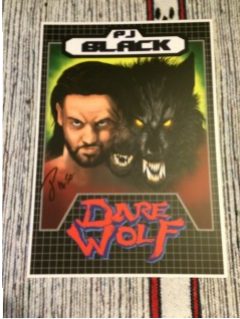 This is a great set of shows combining Preston City Wrestling and Ring of Honor talent. There are four shows included, spread across four DVDs.

There’s no date given on the box, but it looks like the matches are from November 2015.

I can’t find any trace of this one in the PCW shop, although it is referenced as part of a package deal with signed photos and other goodies for £35 GBP ($44 USD). Based on similar items from this period, I’ll value the set as £10 GBP ($13 USD). 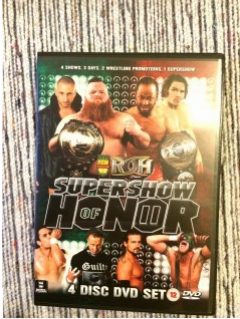 The 173-0 is one of those streaks that’s unforgettable for wrestling fans (even if there’s some debate about the real figure was). 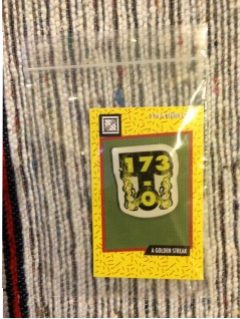 Something a little different! This arrived slightly folded from being crammed into the box, but should uncrease.

Foam hands are always popular at wrestling shows and this is an immortal hand symbol.

Based on what I see other foam hands selling for, I’ll value this at $5 USD. 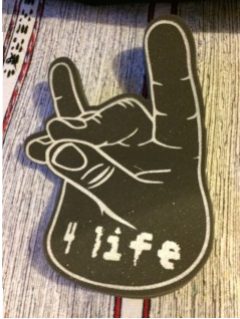 This is interesting. The first in a series of comics about the (fictional) character Kodi Symmons.

Looking at reviews, this was originally a limited release in October 2016. The WrestleCrate version comes with an exclusive cover.

The art is good and this looks like an interesting read. It will be interesting to see if WrestleCrate make this a regular series.

The standard version sells for £2 GBP. I’ll use a value here similar to other comics of $3 USD (very slightly above the current exchange rate). 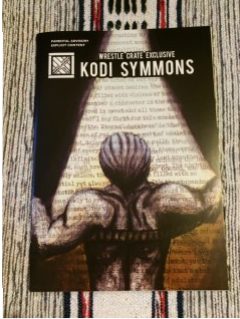 Like Professional Wrestling? Find Out All About Wrestle Crate UK Here

A varied selection of wrestling items, with both UK and US wrestling showcased.

The box also came with a flyer to download a free show from Pro Wrestling Chaos. As this is theoretically open to everyone and doesn’t need a code, I haven’t included a value for it here.

I get $43 of value here, which is above the cost price. Importantly, all of the items are interesting and carry value.

To me, the exclusive T-Shirt is great and the DVD box set really adds value. I also appreciate having received a foam hand.

I know that a lot of people buy Wrestle Crate religiously each month. It is one of those geek boxes requiring a higher monthly investment, so I probably won’t do that, but I certainly intend to pick Wrestle Crate up more often than I do now.