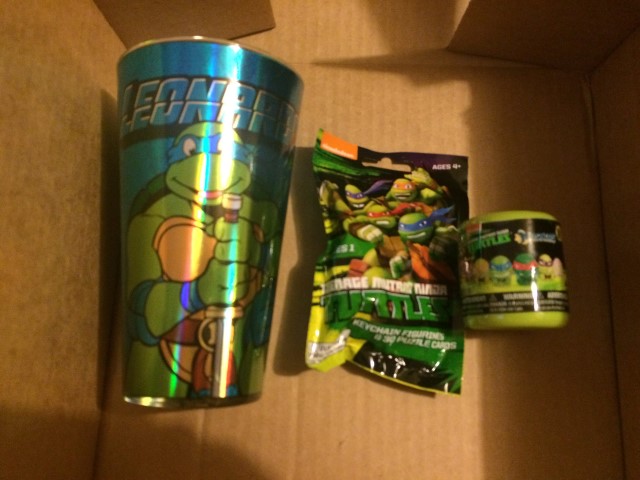 TMNT Box has been quietly around, but off my radar, for some time now. Based on the name, as you may guess, this is a box aimed at fans of the Teenage Mutant Ninja Turtles.

This is clearly not an official box (hence the use of the initials and a turtle style silhouette on the box packaging itself), but it is linked with a large Turtles fan site, so it has some credibility behind it.

I jumped in having seen some excellent reviews of the box and the option to choose whether your preference rested with the Teenage Mutant Ninja Turtles TV series of the 1990s (as mine did, although in the UK this was broadcast as Teenage Mutant Hero Turtles) or with the more updated re-imagined TV versions.

The box did arrive smoothly, albeit without any notification of dispatch and a couple of weeks after many American reviewers had left their comments (as usual, I managed to avoid reading these to avoid spoiling the surprise for myself). And, that was when I found out that the box was much emptier than I expected.

Here’s what has happened.

Sometime after ordering, TMNT Box must have made the decision to reduce the size (and price) of the box. The new pricing, including UK delivery, was $16.84 USD (approximately £13 GBP).

There was no communication of the change, although checking my credit card account, I did find that a refund of the price difference had been made.

There was a short letter in the box bringing the “great news” on the price reduction, clearly positioning this as a box for children.

I do think that this change was handled very badly by TMNT Box, as I would at least have expected the option to cancel the box and receive a full refund, but it is not worth going through the hassle now that this has arrived.

There was no separate information card provided describing the items, but they were fairly self-explanatory to anyone with even a passing interest in the Teenage Mutant Ninja Turtles.

This is a neat drinking glass, with a picture of Leonardo printed inside the glass, essentially forming a blue covering all the way around.

It looks slightly smaller than the size of a pint glass.

I can only see this available on line as part of a set of Teenage Mutant Ninja Turtles glasses on Amazon.com (packaged with my favourite turtle, Michaelangelo), but based on that, I’d calculate the value at $11 USD.

This did arrive well-packaged in paper to avoid getting damaged during transit (being glass, that was the right idea). 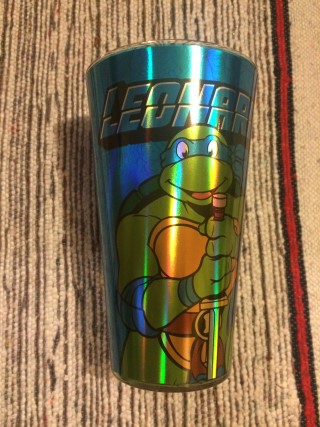 This is a small plastic cylinder with a squishy mashem inside, following a blind box type arrangement.

You can find the Teenage Mutant Ninja Turtles Mashems on Amazon.com. The typical selling price for one of these is $6 USD. 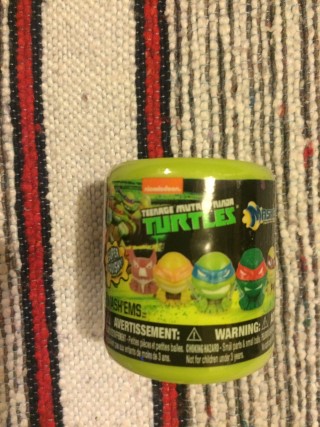 This is another blind bag, picturing the current generation Turtles characters.

There are lots of Teenage Mutant Ninja Turtle key rings available on Amazon.com. I can’t find this exact series, but based on similar items, I’ll assign a price tag of $6 USD.

The bag contains a figure on a keyring, from a selection of six, plus a picture card, which I believe is also one of six, although it’s not clear if both items are random, or if you always receive the same picture card with the same figure.

The cards fit together to form 3D puzzles. 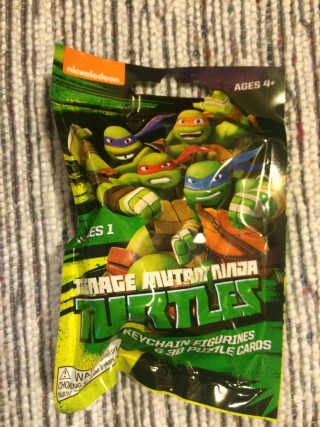 A Fan Of The Teenage Mutant Ninja Turtles? Check Out This Subscription Box

There are only three items in this box, which is a disappointment. However, the raw value of the items is $23 USD, which is ahead of the UK delivered price, so that is a positive.

However, two of the items were blind bag style toys, which always seem to cost more than they are really worth.

On the positive side, this box did come with a cool drinking glass – and unlike many mugs and similar items found in geek mystery boxes, this is one with enough capacity to be useful.

I do think that this box has now been re-targeted for people to buy for children, rather than the nostalgia loving audience, which is a shame. Because of that, I’m unlikely to buy this again. But if you do want to buy a cheap box for children, then this may be right for you.