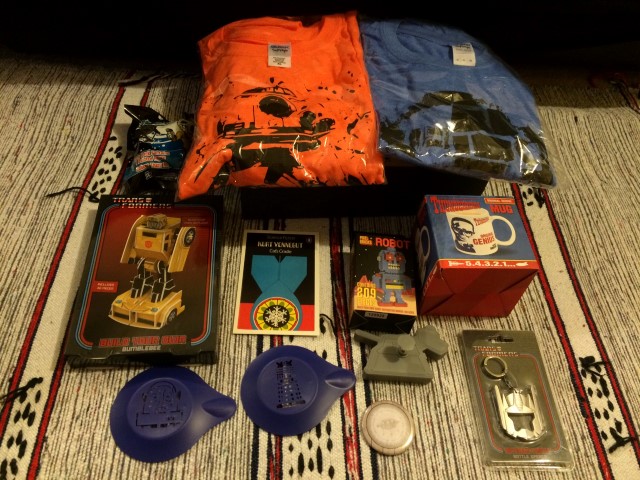 Thingamabox is something of a recent addition to the geek box market, being another box that is collated and dispatched from within the UK.

As best I can see, Thingamabox has been in operation for a few months now, where it’s being positioned as one of the more premium boxes in the market. The pricing for Thingamabox is £26.99 GBP including postage within the UK. That is about $38 USD.

The premium positioning was certainly true of the box that I received, which came delivered through Royal Mail in stylish black packaging. The delivery was also tracked, which is good for ensuring that everything arrives in one piece. The name of the box wasn’t included anywhere on the outside, which did make this something of a guessing game for someone like me who receives a fair number of boxes and packages each month.

The delivery was tracked, which is always good for ensuring that everything arrived in one piece, although some of the items did get rather bashed around in transit.

The advertised theme for this box was Sci-Fi.

A slight disappointment was that there as no information card provided inside the box, although an advert for Thingamabox was included. The advertising in advance did state that the box would contain an exclusive Comic Con item, although without the information card, which of the items that was (if any).

The sign up process also let buyers state their favourite T-Shirt colours (I listed a few), with the idea that your T-Shirts would be printed on colours of your choice. I’m not sure that that quite worked, based on the T-Shirts that I received, but maybe I signed up for the box too late. It’s a good idea for the future.

This was billed as a double T-Shirt month. I received one orange and one blue T-Shirts, each with an abstract design printed on black.

Based on the designs, I have to assume that these T-Shirts were exclusives, although I can’t say for sure.

It wasn’t immediately obvious to me as the designs are slightly abstract, but thanks to comments on the unboxing video I now know for sure that these are intended to represent BB8 and R2D2. 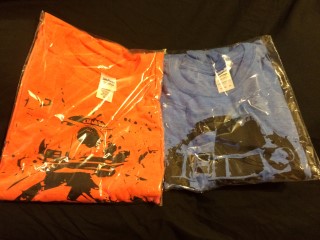 Build Your Own Bumblebee

This looks quite fun. You put together 46 pieces and you end up with a model of the Transformers character.

You can see Build Your Own Bumblebee on Amazon.com here.

The selling price for this one is typically $15 USD. 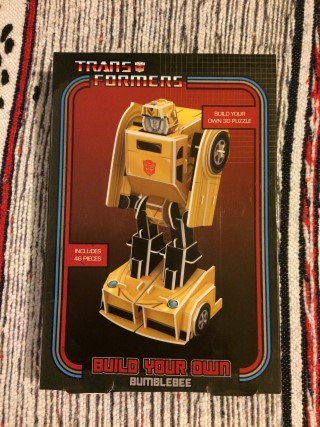 I don’t bake very often, but if I do come to make cookies (or biscuits as we would say in the UK), I’ll certainly give this one a try.

It produces an outline of the robot dog K9 from Doctor Who, and by pressing the lever at the front, you even stamp the trademark K9 logo on the side of the cookies.

Based on the price of other similar items, I’ll value this at $2 USD. 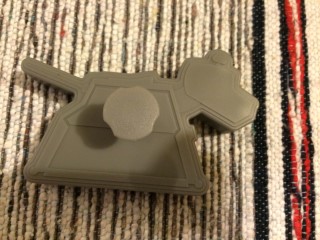 This also looks like a fun item. I presume that the idea of this is to use to sprinkle chocolate onto cappuccino (or perhaps icing sugar onto cakes) and to leave behind the outline of a Dalek or a Sontaran.

It’s difficult to value these, as in the only place I can find them available online, they’re part of a set of six (the other outlines being of the TARDIS, a weeping angel, K9 and a cyberman head). The whole set sells for under $1 USD.

I’ll use the figure of $1 USD for the two items, although it would have been great to have received the full set here. 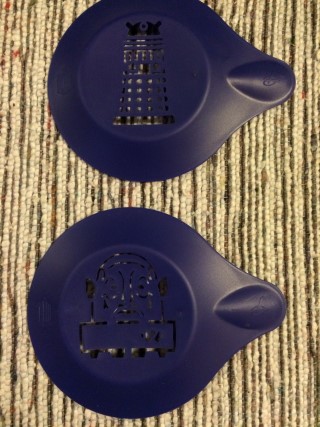 It is a fun item though and it’s always useful to have bottle openers around. 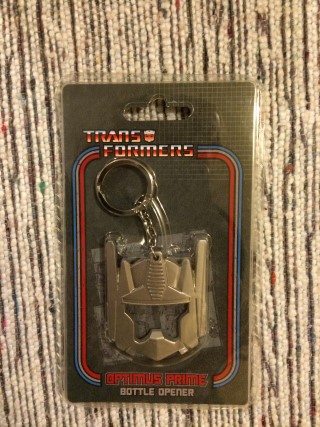 This item took the worst of the damage during transit, although thankfully this was just in the form of the box being damaged (the mug itself arrived in one piece).

It is a nice mug and I like it, but unfortunately it’s another duplicate item, which I received in the Kewel Boxes for December 2015.

The typical selling price for this mug in the UK is $10 USD. You can also buy the Thunderbirds Brains Mug on Amazon.com. 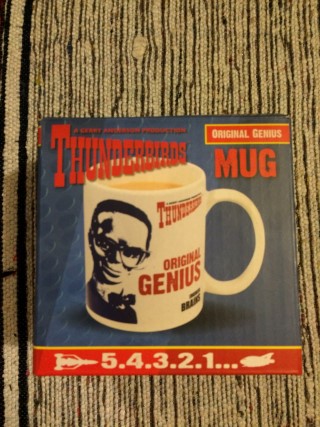 This a fun fridge magnet, slightly larger than the usual badge size.

The print is rather faint, but that may be intentional. 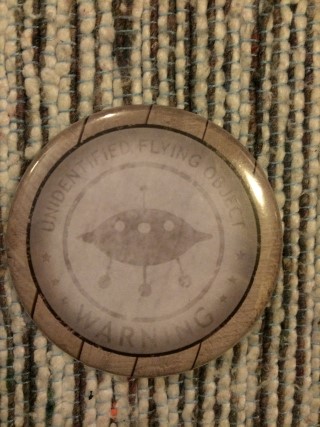 I also received one of these Skele-Treks Blind Bags in the January 2016 Sci Fi Block.

This is a fun new take on the character blind bag concept, with several key characters from the Star Trek universe being depicted in the form of a zombie.

The value I previously used for this line was $2 USD. 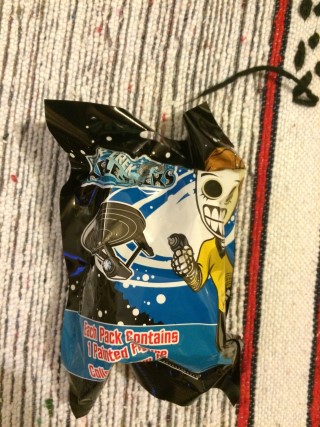 This traditional Penguin book cover works really well on a postcard and depicts one of the Science Fiction classic books. 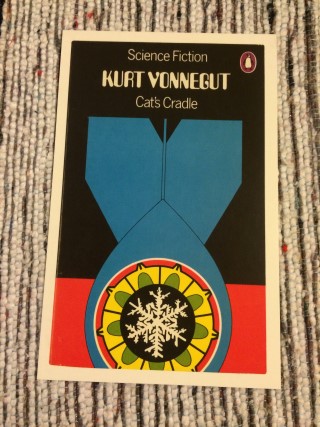 There are 209 small brick pieces included here to put together to form into a robot. I imagine that that will be quite challenging.

Like many items in the box, this is made by the UK company Paladone.

This sells online for around $8 USD. 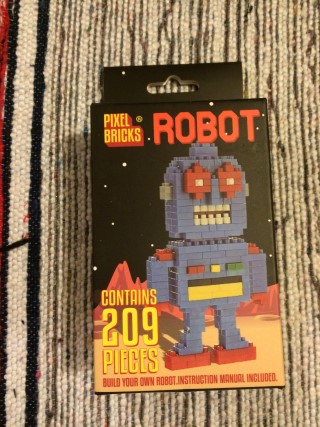 Want To Get Your Hands On Your Own Thingamabox? Find Out More Here

A good box. There’s $66 USD of value here, which is not far off double the cost price.

Unusually, I like the low value items much more than the higher value ones. The Doctor Who items are a lot of fun, there’s a cool book related postcard included and a blind bag, which is always neat to unwrap.

Where the box did let itself down a bit was with the number of duplicate items from other boxes. I know that it’s inevitable, but receiving three in a single box is really rare. I do also feel that the T-Shirt standard could be improved. Having two of them in as single box rather overinflates the value.

I can see why a lot of people really like Thingamabox. I suspect that, if this was the only box you subscribed to, you’d be really happy and you’d receive lots of value in the items.

As someone who does subscribe to other boxes, I can see clear areas where things could quickly be improved, for instance by included an information card or magazine, and looking for a higher quality print supplier for the T-Shirts. But, I will certainly be checking out Thingamabox periodically, as I’m keen to see how this geek box develops further.