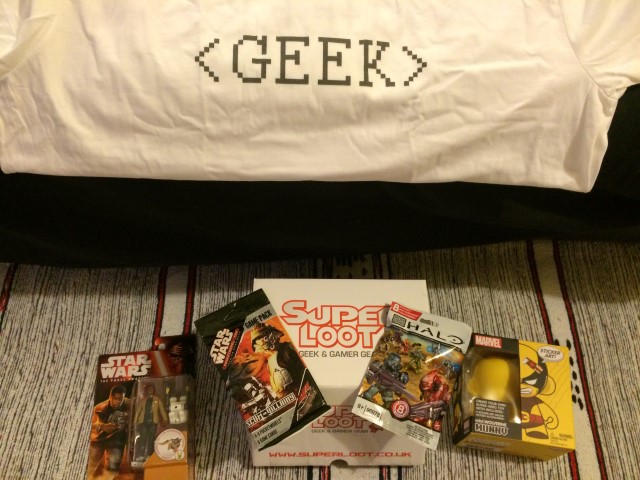 Super Loot is an established UK Geek Subscription Box. It’s some time since I’ve reviewing Super Loot as the previous boxes didn’t stand out to me, but I decided to check them out again due to a special offer.

The March 2017 box arrived safely with me, but wasn’t mailed until well into April 2017. The delivery also came through Hermes, rather than the preferred Royal Mail, so that’s something to be aware of if you’re considering a subscription. There is no separate theme to these boxes other than appealing to the overall geek genre.

The standard price for Super Loot is £22.70 GBP ($29 USD), including delivery, a slight increase on last time I reviewed this. The items to arrive in a good looking box, much closer to cube shape than most geek boxes and printed with the Super Loot logo and colours.

This review is for the main Super Loot box. They also offer other boxes which might be of interest, including one full of comics and one full of sweets.

The box came with a leaflet giving details of the items, which is always useful. None of them are billed as exclusives.

This is a very simple T-Shirt, white stock with black text. The front says <GEEK> as a HTML tag. The reverse says </GEEK>.

In many ways, this is clever, although the T-Shirt does seem as if it could have been produced with iron on transfers.

I’ll stick with my standard T-Shirt value of $10 USD. 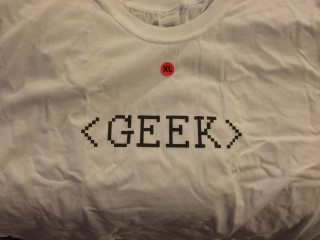 A traditional style action figure. It’s been a while since I’ve had one of these in a geek box.

You can see the Star Wars Finn figure on Amazon.com. The typical value is $7 USD. 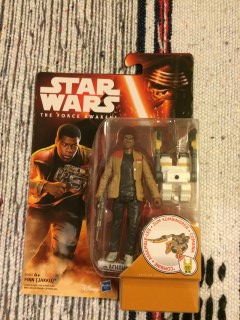 This comes from Mega Bloks and gives you a small figure with a stand which I believe also fits Lego.

I enjoy receiving blind bags and this contains one of eight possible figures, originally released in 2014.

This Halo Series 8 Blind Bag is available on Amazon.com. The typical value is $6 USD. 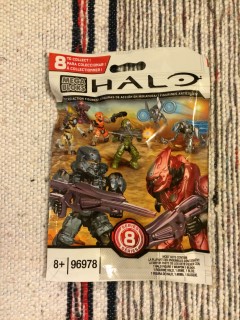 These are fun vinyl figures which start off as a blank canvas and you then draw on and decorate them with stickers and accessories.

You can see the Wolverine Munny on Amazon.com. The typical value there is $5 USD. 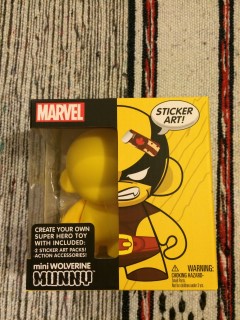 This forms part of the Star Wars Trading Card Game. As a single pack, it’s not that useful, but there can still be interesting cards inside.

These have 6 game cards and between 4 and 8 pocket models.

This particular pack may be collectible now as it was originally released in 2007.

I’ll value these at a typical rate for other CCGs of $3 USD. 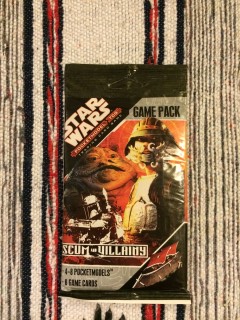 Start Your Subscription To Super Loot By Following This Link

A better Super Loot than the last one I reviewed.

I get $31 USD of value which is almost identical to the cost price.

There are some more novel and unusual items here, which I think adds to an overall good feel from the box. However, although I found the T-Shirt quite amusing, it’s also probably the cheapest looking T-Shirt I’ve ever received in a geek box.

The blind bags and mystery cards always add an extra fun element and I’ll be sure to dive inside these.

There is a lot of potential to be offered by Super Loot. I hope I don’t leave it as long until I see another of their boxes. Maybe I’ll even give their candy box a try?