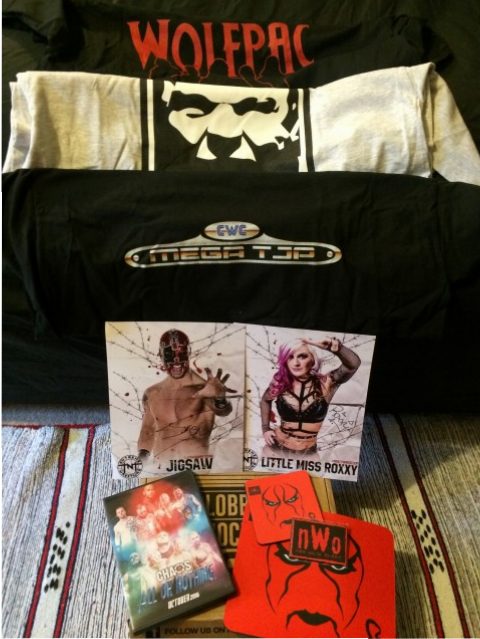 I’ve reviewed a few pro wrestling boxes recently as I enjoy looking inside them and the style is quite different to other geek subscription boxes, even though there’s a crossover audience.

I have reviewed Slobber Knocker Box before, but not for around a year, so I was keen to see how this has evolved.

Slobber Knocker box is a UK based wrestling box, which offers several different variants of the subscription. This time, I’ve reviewed their largest box, the Deluxe Box. This costs £30 GBP ($38 USD) per month, including delivery within the UK. They also offer a standard sized box, which costs £20 GBP ($25 USD) per month, as well as a junior version aimed at 5 to 12 year old fans for the same price. There’s also a T-shirt only subscription available at £11 GBP ($13.75 USD), which I presume includes one T-Shirt.

It’s not clear exactly what differentiates the standard and deluxe box, apart from the deluxe box has extra items. There’s no information card included to make it clear which the extra items are. Likewise, there’s no indication when items are exclusives, although I suspect that many of these are.

I ordered this box with an offer to include a further extra item (which I’ve identified by looking at other unboxing videos that this is a T-Shirt). I believe that regardless of the box choice, all the contents fit into the same brown printed box with the Slobber Knocker box logo, looking rather like a wrestling ring.

There was rather a hiccup with delivery here. I received the email saying that the box had been sent towards the end of March 2017, but didn’t receive the box until near the end of April 2017. When the box arrived, this was through Royal Mail and delivery was without a hitch, but I’ve no idea how the journey across the UK took so long

This is a black T-Shirt with printing looking rather like the Sega Mega Drive (or Sega Genesis if you’re in the United States) logo. This fits T J Perkins WWE character well with the gaming reference.

The value here is the T-Shirt standard of $10 USD. 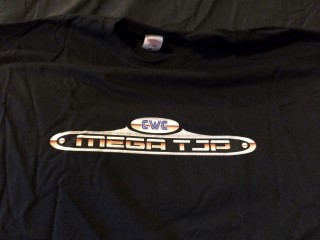 The Wolfpac is rather a theme for this box.

This is probably the best of the T-Shirts included, with a standard black T-Shirt stock and a red print showing outlines of many of the members of the faction. 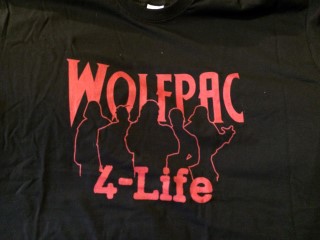 This was the bonus item included with the new subscription, which I believe was originally in the August 2016 box.

The T-Shirt is, of course, new to me and Brock Lesnar is just as visible now as he was in 2016, probably even more so. 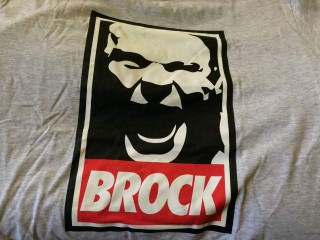 This is printed on thin A4 card with the TNT Extreme Wrestling logo, so may be left over from one of their shows.

I’ll assign a value of $8 USD here, which is just below the figure I’ve been using for autographs recently, as this is a good item, but not quite up there with the top wrestling signed photos.. 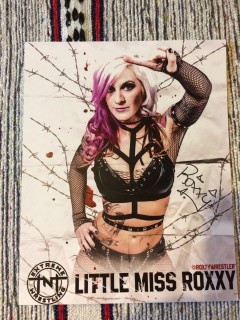 The design for this card is very similar to the Jigsaw photo. This is also a TNT Extreme Wrestling item. 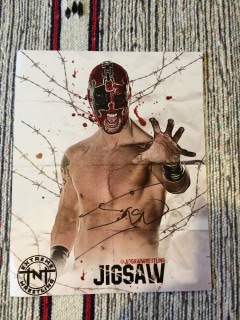 I like the red for this and how it’s captured the Sting scorpion character.

In my opinion, mouse mats have rather had their day and I find better modern mouse operation on a flat surface than on a mouse mat. But this one does look decent.

I struggle to assign much of a value to mouse mats, even when they’re interesting, so I’ll look here at $3 USD. 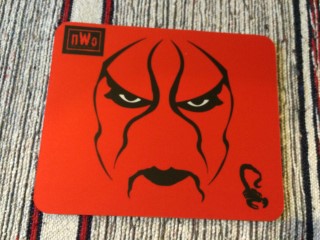 This is made from the same rubber material as the mouse mat and is generally the same design.

It pairs well, but not sure what the purpose of a single coaster is (or if I’ve totally failed to identify this). Perhaps it could go on a computer desk alongside a mouse mat.

For simplicity, I’ll assign a value of $1 USD. 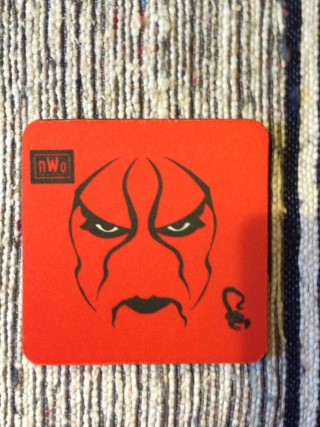 The last nWo Wolfpac item, this is a different design to the others in a rectangular fridge magnet. It actually works well as a design.

Based on how I usually value magnets, I’ll assign $3 USD here. 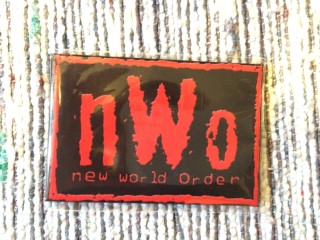 Pro Wrestling Chaos All Or Nothing DVD

This is an October 2016 show from a UK promotion, based around Bristol.

They offer most of their shows as online releases, either on an in-demand format or by renting individual shows. This one is available for £1.99 GBP (close to $2 USD). They also have a selection of shows available on DVD, although I can’t see this show, so it may have been retired.

This is a decent looking card, featuring former WWE wrestlers Adam Rose and Hardcore Holly, along with a load of British Wrestling names.

Based on the pricing of similar shows on the website, I’ll value this at $6 USD. 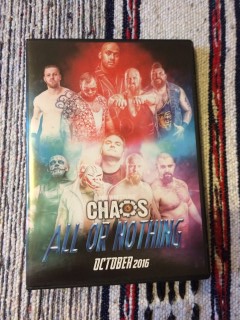 Get Your Subscription To Slobber Knocker Box Here

A good mix of wrestling items inside Slobber Knocker Box.

There is $59 USD of value here, which compares well to the $38 USD cost price. That also includes the bonus T-Shirt which not everyone will have received. Removing that from the mix, the value is $49 USD.

My figure may be slightly inflated. There are some items here that I wouldn’t value so much, but I’ve tried to be consistent with other reviews. Also, I notice that online most other wrestling boxes, there’s little in the way of official merchandise here. There is some thin skirting of copyright laws regarding wrestling characters.

What this does mean is that you’re unlikely to come across too many people wearing the same T-Shirts. I’d personally have rather have seen fewer T-Shirts and more DVDs, but the ones that are there are all fun.

The nWo Wolfpac era is a great one to revisit, but there are also some very similar items here. I think this is missing the killer item that you see in other wrestling boxes, but still fun to unbox and worth the money.

I also have Team Mercy versus Team Khan to watch in a match that looks like it involves a lot of ladders.

The market for wrestling subscription boxes is getting quite competitive. I do see that there’s support for Slobber Knocker Box as a UK based box and one that’s not an offshoot of a US geek box. I’ll keep checking out how the main wrestling geek boxes stack up against one another.