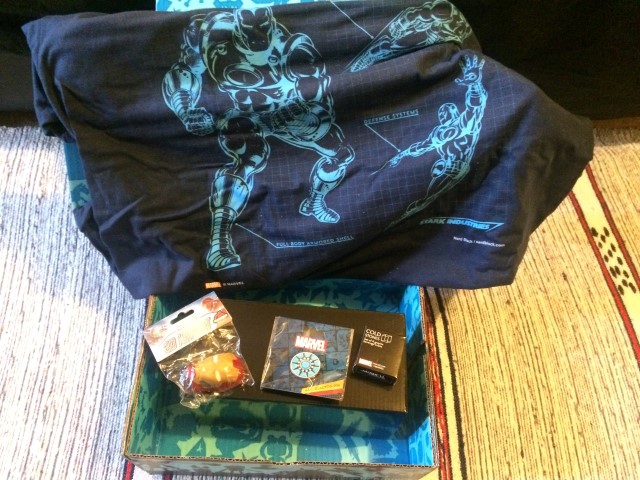 The first Nerd Block of 2017 is also my first subscription Nerd Block for a few months.

I picked this up with a slight subscription saving, although much of the pricing for UK subscribers like me is eaten up with postage costs. The standard subscription cost for Nerd Block, including shipping to the UK, is $32.49 USD (£27 GBP). There are discounts available for subscription terms of longer than a month.

This box came with the theme Stark Industries. It also came with the first issue of the Nerd Block magazine, a small promotional magazine like those found in other geek boxes, with short articles and details of the items. It looks like all the monthly boxes will get identical magazines, with the exception of the item pages.

The box arrived in the UK within a week of being sent, with delivery coming through Royal Mail. The box has had a slight redesign in recent months and comes covered in shrink wrap, which helps to protect the contents. This was a medium weight box.

The box also came with $10 credit for the Nerd Block shop, although that can’t be applied to postage and so I’m not likely to use this.

This is a dual branded Nerd Block and Marvel T-Shirt (although no mention here of Shirt Punch).

It’s a good design with a navy background and (mostly) lighter blue print – and is billed as the Body Armor Blue Prints T-Shirt in the mini magazine.

It’s interesting that the design references the original Iron Man prototype from 1963.

I value these T-Shirts at a standard price of $10 USD. 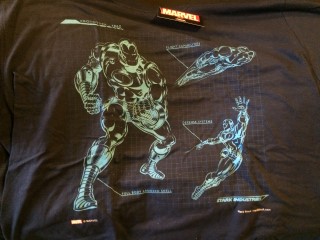 This is a 3D magnet, which basically means it isn’t flat like a normal fridge magnet. It is a small item.

This could fit nicely on a fridge, although it’s one of the type of filler items I’m never too keen on.

You can see similar Iron Man magnets on Amazon.com.

Based on the pricing there, I’ll use an upper end value of $5 USD. 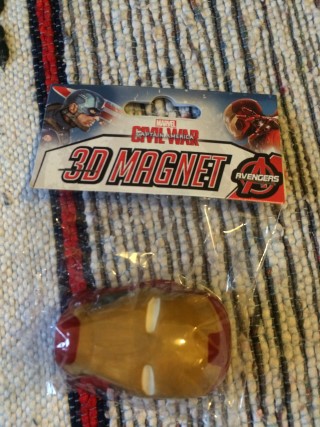 These are two tumbler style glasses, each with a Stark Industries logo engraved.

They’re the right size for short drinks and items that will get used. Although only having a set of two is always limiting. Four glasses in a set is more common.

Based on those factors, I’ll assign a value here of $10 USD. 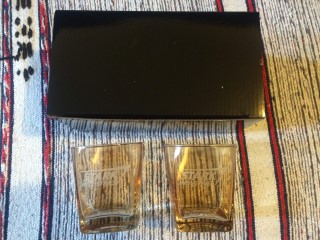 This is a simple round pin, which comes nicely sealed and presented.

I’m not too keen on these items, but this one could go nicely on a jacket and looks stylish even if for people who don’t recognise the arc reactor.

Based on my usual valuations and with this being an official item, I’ll value this at $5 USD. 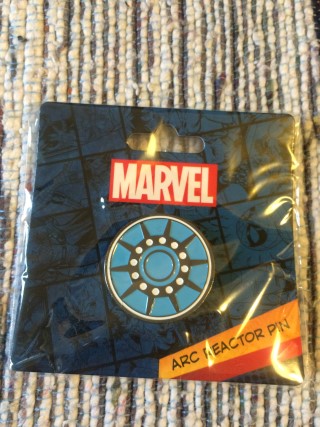 I’ve been meaning to buy a set of drinking cubes (also known as whiskey stones), so these will come in handy.

The idea is that you cool them in the freezer and then put them in drinks in place of ice, so that the drink doesn’t get watered down.

These are four cubs in a tiny box, but they have little engravings relating to Iron Man and Start Industries.

You can see a variety of drinking stones on Amazon.com. Pricing varies. Most come in larger quantities of four, but aren’t branded.

Based on all the factors, I’ll use a price worth of $5 USD. 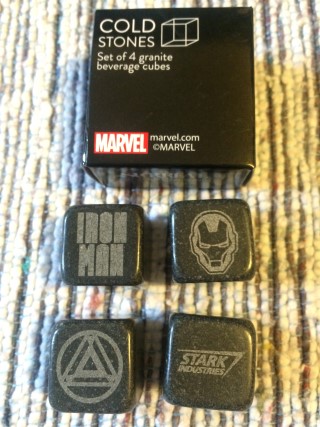 Check Out The Nerd Block Boxes By Following This Link

This is quite a disappointing Nerd Block, with only five items and several feeling like filler. But, this was a box where all the items were exclusive and that’s not something you can often say.

I get exactly $35 USD of value, which is essentially the cost price. I’ve valued several of the smaller items at more than I would pay for them as they are licenced, but overall, the box does not seem to deliver to me.

The standout item is the Iron Man T-Shirt and I guess that fans would pay more for that.

I will use the glasses and the drinks cubes as well, so there is some value there.

Here’s to seeing what Nerd Block offers next. It really is a mainstay of the geek mystery box world – and for good reason.

Sign Up For A Subscription To Nerd Block Here