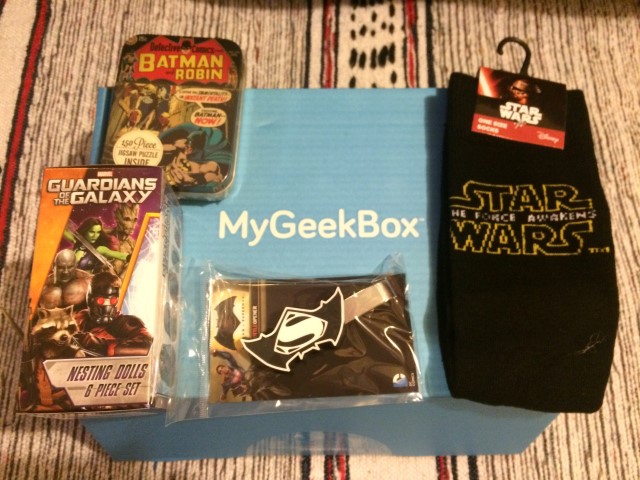 The UK based My Geek Box released a special offer box for Black Friday, priced below their standard boxes. There was little more information about what else could be expected in this extra box and whether this would overlap with previous boxes (many companies have used special boxes like this to repackage the items they have left over from previous boxes).

Even though I have had problems with My Geek Box before, I decided to jump in on on this one, along with another offer released at the same time.

That did create some confusion when I unboxed these. As My Geek Box boxes all look the same and these don’t contain information cards, I did confuse which of the two I was unboxing. If you take a look at the unboxing video, you’ll see the confusion, but based on other reviewers who only purchased one box, I can tell that this is definitely the Black Friday special.

The box wasn’t sent particularly quickly, arriving almost a month after purchase. As a positive, it arrived safely through Royal Mail, although this was an exceptionally lightweight box and not very fully packed, as this also contained a lot of packaging material to fill the empty space.

This special Black Friday box sold for a special price of £5 GBP ($6 USD), well below the standard My Geek Box monthly price options.

It’s not clear if all of these Black Friday boxes contain the same contents, although the other unboxing videos I’ve seen do have the same items.

Guardians Of The Galaxy Nesting Dolls

I’ve always found Russian Dolls fun, with it being possible to take each apart and find smaller versions inside.

These Guardians of the Galaxy dolls operate under similar principles, so this is a fun little item.

It is a duplicate for me, as I have a copy dating way back to the March 2015 Nerd Block.

I didn’t provide a value for these then and with these being a more unique item, this is difficult to assess. There are Guardians of the Galaxy Nesting Dolls to be found on Amazon.com, but the design is slightly different.

Looking at the pricing, I think that a value of $15 USD is a fair assessment. 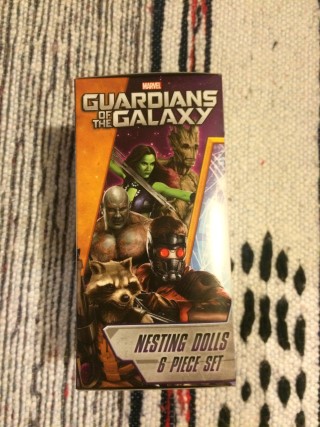 This a small metal tin, inside of which is a 150 piece jigsaw puzzle.

Unfortunately, this is a duplicate for me, as it was in the April 2016 Zavvi ZBox.

The design is a fun Detective Comics cover and this would still make a fun small gift for someone.

The price I used for this last time around was $10 USD, so I’ll stick with the same value. 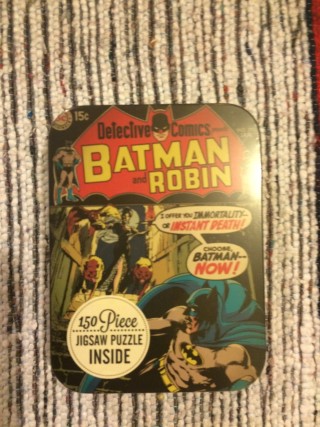 This is quite a good design for a bottle opener and would be a neat item to leave around at parties.

There are a selection of Batman and Superman bottle openers available on Amazon.com. I can’t spot this one, but I’ll place a value of $8 USD, as that’s along the line of other similar items.

From the videos I’ve seen, it looks like this item was also in the main My Geek Box for December 2016, which is a surprising overlap. 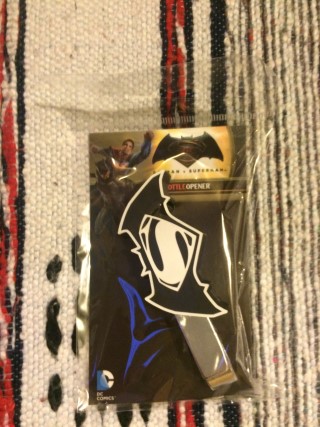 I always find socks in geek boxes useful and this is a good pair, as they’re slightly subtle with the design too.

These ones are slightly dated, judging by the fact that it’s a year since the movie was released.

There are a good selection of Star Wars socks available on Amazon.com. I’ll use my standard price for geek box socks of $10 USD, although you can probably pick these up for less.

These socks also seem to have been sent out in the main My Geek Box for December 2016, so I imagine that some people will have duplicates. I guess that duplicate socks are less of a concern that duplicates for other items. 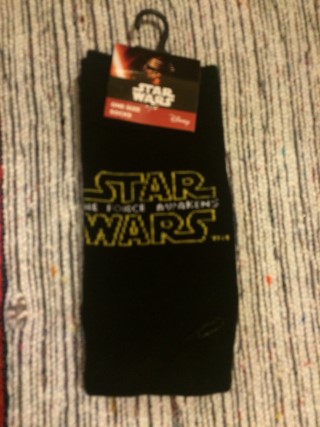 An unusual (and T-Shirt free) box, particularly as some items seem to duplicate the main My Geek Box offering. There are also other duplicates from my own collection, one of which is from another geek box series in the same company.

The box doesn’t look like it’s up to much, only containing four small items. But there is real value there. I get a box value of $43 USD, substantially more than the Black Friday box price.

Having several of the items already, nothing really stands out to me, but I can say that I’ll get value from the pair of geek socks alone. The bottle opener is also a fun example of this type of item (even though I now have rather a lot of bottle openers, badges, key rings and other common geek items).

Some of the items are rather old, but that doesn’t detract from the box.

From this experience, the limited time reduced price boxes from My Geek Box are worth picking up. I do think that the company has improved and maybe it’s time once more for me to give My Geek Box an extended try?