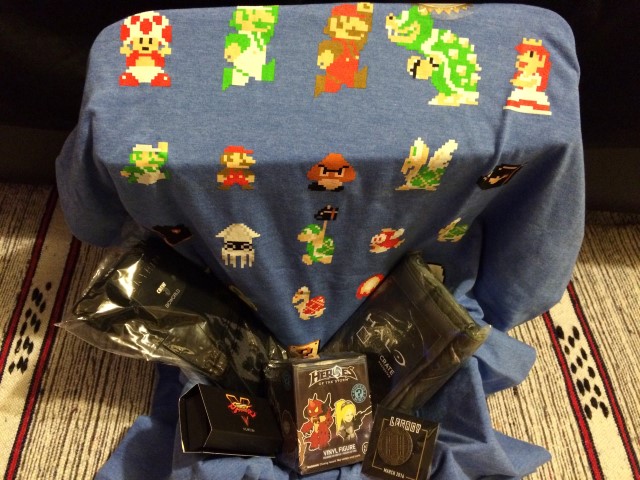 Loot Gaming is a new subscription box which forms part of the Loot Crate series of boxes.

Loot Crate has been slowly expanding its boxes in recent months, including an Anime box, the Level Up clothing range and even a version providing geek items for dogs (I don’t have a dog, so haven’t tested that one), so a gaming related box is no surprise.

The first Loot Gaming box was due to be launched in March 2016, but both the shipping and the UK arrival occurred in April 2016. Based on all of the information inside the box, this was still definitely intended as the March 2016 box (and there will be another box in April 2016).

The box used was reminiscent of a small version of Loot Crate, with largely black packaged and a fun inner box design. The included pin also made it clear that this was the Founder’s Crate.

Unlike the arcade and gaming boxes I’ve had from other geek suppliers, this one also came with a theme, with this billed as the Legacy box.

The monthly price for Loot Gaming, including shipping to the UK, is $34.95 USD (£25 GBP). That puts the mystery box at the top end of the pricing ladder for UK residents.

Once this did leave the United States, the shipping for Loot Gaming was alright, taking just under two weeks to reach me. The final leg of the journey was through Royal Mail. The box had taken something of a battering on the journey, but remained sealed.

A really great T-Shirt with a blue background and showing different sprites of characters included in the Mario series of games.

Very good to have a retro item in the box (fitting in with the Legacy theme), as that’s my preferred type of gaming.

This also has a sticker showing that it’s an official Nintendo product.

I value this T-Shirt at the standard price point I use for geek reviews of $10 USD. 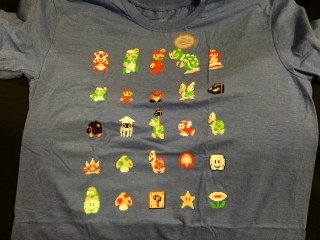 This was the item that took the brunt of the damage to the box. The outer packaging, that was meant to slide off, was already split.

As pins go, this is much bigger than most, but this feels rather plastic.

Ignoring the damage, as this is an official item, I’ll value this at $5 USD. 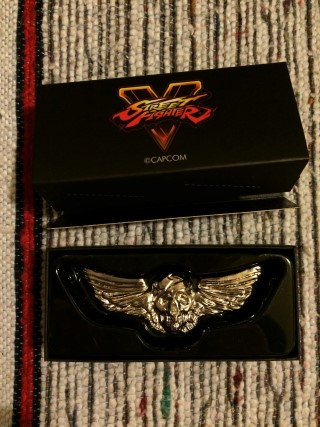 These are mid-length socks, size 8 to 12 and made by Bioworld. They are mostly black, but show a dragon in grey.

Very wearable and a more subtle design that many geek clothing items, which is good.

These are billed as crew socks, a mix of acrylic, polyester and spandex. They’re slightly thinner than sport socks.

I can’t find any socks close to these available online. Based on the price that similar socks in the Level Up packages sell for, I’ll value these at $10 USD. 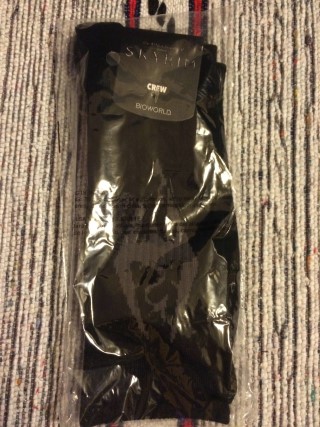 Heroes Of The Storm Vinyl Figure

This is a blind box figure, with one in 12 Mystery Mini figures available to collect.

You can see the Heroes Of The Storm Blind Box figures on Amazon.com. The typical value is $8 USD.

Mystery items like these are always fun to receive, even though I’m not particularly familiar with the game. 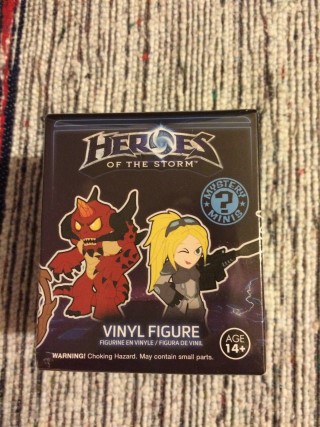 This a rather unheard of third clothing item in a single geek box.

Essentially, it’s a print hood where the ends extend to form a scarf. Quite unusual.

The hood is designed to look like a helmet found in the game. I can’t imagine wearing this, as the style isn’t for me and the all-in-one isn’t very flexible, but I know that many will like this.

I haven’t come across hooded scarves before, but there are plenty of hooded scarves available on Amazon.com. Based on this being an official item, I’ll go with a mid-point figure on that scale of $15 USD. 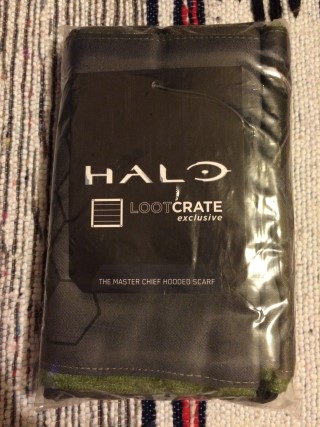 The box came with this round pin, in the style of those included with Loot Crate every month.

Two pins in one box is a lot, even though this is completely different in style to the Street Fighter V item.

I won’t assign a value to this. 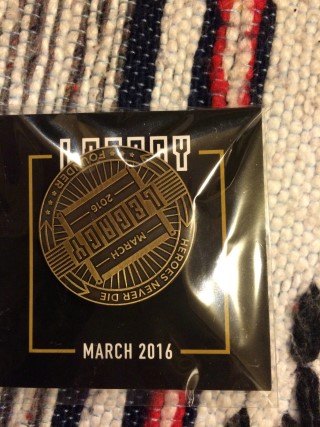 An interesting first box from Loot Gaming, with a focus mostly on recent games, but a cool Mario T-Shirt to appeal to subscribes like me.

I know that clothing items are popular, but having three different wearable items in one box is rather a lot and something of a limitation for Loot Gaming.

It’s always good to see plenty of exclusives here, even if one had a damaged box.

I don’t think that I’m exactly the target audience for Loot Gaming and so other people will probably love it more much than I did. I do think that it needs one big item, perhaps a display piece, like other boxes do. This was probably intended as the scarf, but I can’t see myself wearing it.

Still, gamers will enjoy looking at the exclusive content.

This is a box that I’ll dip in and out of, perhaps when there’s an interesting retro theme, or as funds allow.