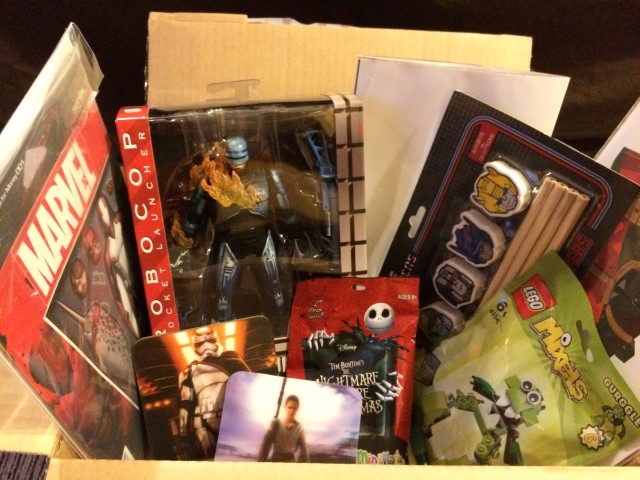 Cosmic Toy Box is a UK based geek subscription box, with a particular focus on toys and related items with geek appeal. The box has been around for quite a while, but there are very few reviews of it online and only infrequent unboxing videos. The feedback is generally good, so I decided to give this small nerd box provider a chance.

There are a few differences to Cosmic Toy Box to some of the other boxes that are out there. First, the boxes aren’t themed. Second, the boxes are released every other month, which is unusual, but I presume gives the opportunity the chance to source a better range of items. And third, the boxes seem to be ordered on a one-at-a-time basis, rather than automatically having money taken from your account.

The price for Cosmic Toy box, including UK delivery, is £22 GBP ($31 USD). That’s at the upper end of the UK boxes price point.

The box arrived safely, delivered by a courier (in a rather large outer box, but this was because I’d ordered other things from the company at the same time) and with a promising amount of weight to it. I much prefer delivery through Royal Mail, but at least this got to me safely.

The box is made up of recycled packaging, carefully taped, with Cosmic Toy Box logo stuck on each side. I have no problem with this, as everything was well packaged, with the outer box used as well, and it’s always good for the environment to see packaging being reused.

There was no information card included in the box, but thankfully many of the items were easy to work out.

The sole spoiler for this box was that it would contain a NECA figure (a manufacturer, incidentally, that I don’t know all that much about – but this stands for National Entertainment Collectibles Association).

Unusually for a figure, the box states that this is for the age range of 17 years and up.

The Robocop Rocket Launcher Figure is available for purchase at Amazon.com. This sells for $19 USD. 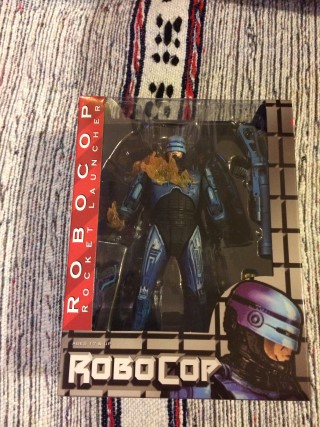 This is a franchise that I haven’t come across before. The Mixels are a multimedia franchise, created as a collaboration between Lego and the Cartoon Network and, I get the impression, both popular and collectible. They also have their own television series.

Essentially, the Mixels are made of lego bricks and can be taken apart and combined in many ways. This character, Gurggle, also makes up one third of a larger character, Glorp Corp Max.

You can see the Lego Mixels Gurggle on Amazon.com, where the selling price is $7 USD. To me, this looks reasonably priced for Lego, as this is a 66 piece kit. 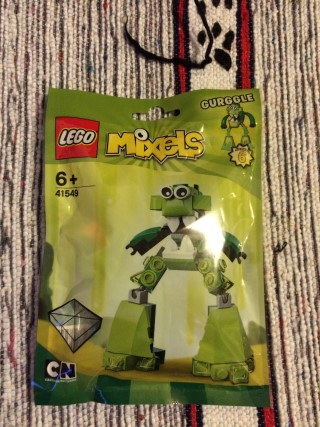 Build Your Own Deadpool

The first Deadpool tie in of the box, this is a really cool. item. You press out the different pieces of Deadpool, fold them, attach them together and then you have your own 3D cardboard model of the famous cartoon character, which is just under 12″ tall.

There are six different cards included, each of which comic retailers could acquire to give away, based on meeting certain comic order thresholds. It’s great to have these included in the Cosmic Toy Box and all collected in one place.

Retails could also buy these cards directly, at the price of $3 USD for 25 copies of each card (there are 6 cards in total). I make that $0.72 for a complete set, when purchased in bulk.

Bearing in mind the extra work needed to compile and repackage this, I’ll value Build Your Own Deadpool at a raw figure of $1 USD. However, the coolness factor here is much higher. 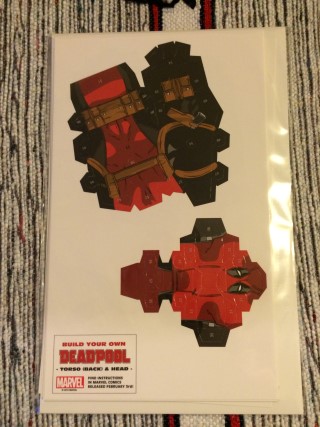 Deadpool And The Mercs For Money #1 (Action Figure Variant Cover)

This is the second Deadpool item – the first in a new limited series. It looks like a fun read.

The comic is much thicker than usual, as this has Spidey #1 printed inside as the second half of the book, which is a bonus as I like Spider-man, although I’ve rather lost the plot about where this series fits in (I think it’s a consideration of the early Spider-man adventures that would have happened now that we’re in the all-new all-different Marvel universe).

This also has the instructions for Build Your Own Deadpool included inside, which is handy.

The cover price for this variant version is $3.99 USD. 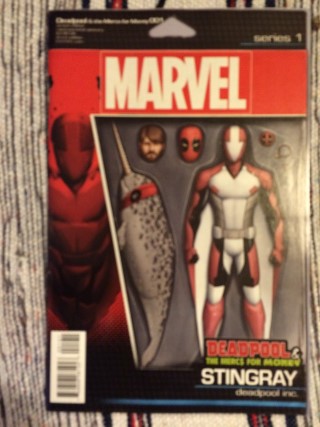 These are two well-made coasters, with board backing and a good useful thickness to them.

These are 10cm by 10cm with a lenticular 3D printing, so the image appears to come off the front of the coaster when you look at it from the right angle.

I can only find the larger sets of these available (such as these Star Wars Episode 7 3D Drink Coasters on Amazon.com).

Based on that, I’ll value the two coasters at $3 USD for the pair, although they are much better than the typical drink coasters found in geek mystery boxes. 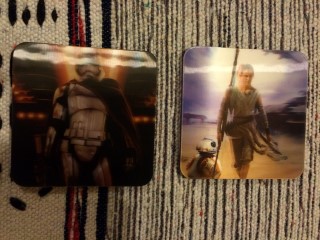 This is a nice set, with four pencils and four large Transformers erasers designed to position on top of the pencils.

You can buy the Transformers Pencil And Eraser Set on Amazon.com. In this case, the price there is at a premium, presumably because these are Paladone products exported from the UK. I’ll value these at a typical price of $5 USD. 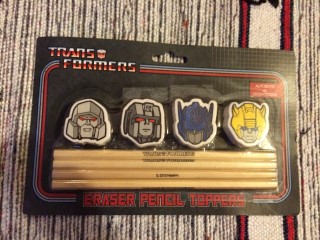 This bag contains a 2″ figure. It looks like there are six main figures to collect, two of which also come with rare variants.

I do like getting these blind bags, as they provide something different for every geek box buyer. This one is slightly mistimed as the holiday season is over, but still fun.

The Nightmare Before Christmas Blind Bag is available on Amazon.com. Like many blind bags, these are reassuringly expensive and sell for $8 USD each. 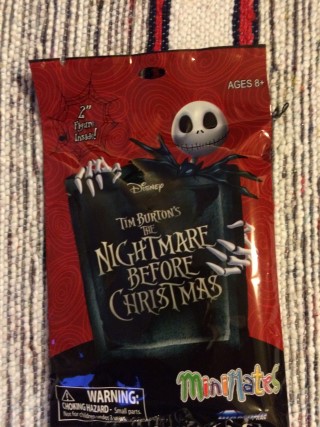 This is an excellent huge poster, at 36″ by 24″, which arrived folded. I believe that this was originally a promotional item for the 2014 mini series.

Despite being a promotional item, this has a cool design and sells surprisingly well. Based on selling prices, I’ll place a value of $5 USD. 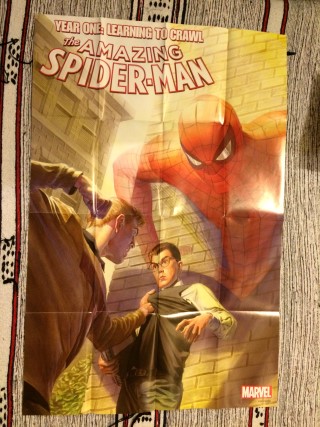 Want To Get Your Own Cosmic Toy Box Like This? Find Out More Here

This was an excellent box with a lot of cool collectibles.

Clearly, a lot of thought had gone into finding interesting and unusual items. I don’t even mind receiving promotional items when they’re as interesting as these ones.

I make this $52 USD of value, which is well above the cost price.

Unusually for a geek mystery box, there was no T-Shirt included. In this case, I don’t consider that a failing, since I have more than other T-Shirts from other boxes and the contents were good.

I can recommend keeping an eye on Cosmic Toy Box. They clearly have a lot of good plans and access to interesting items to make their geek boxes special.