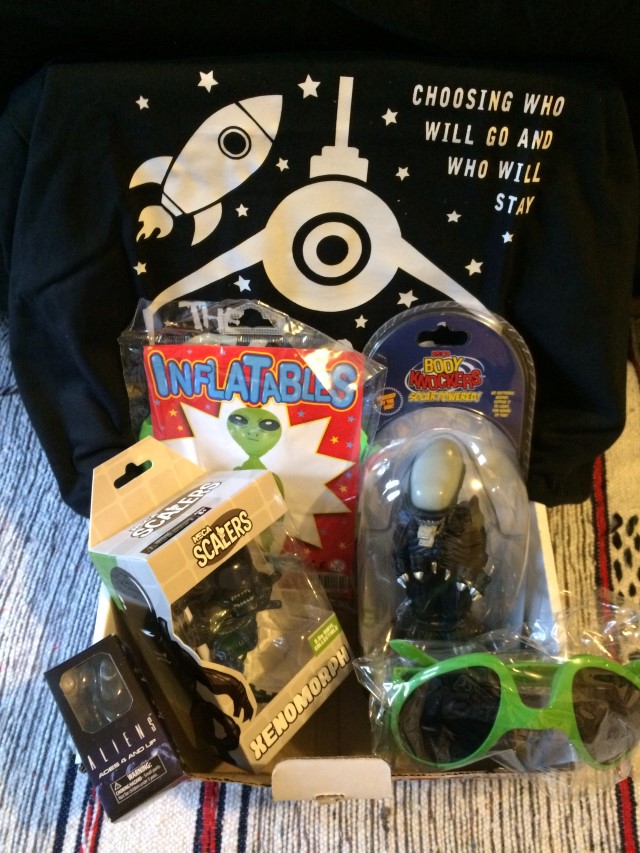 I’ve been trying to identify and review some of the more unusual geek boxes that are produced from within the UK.

Time to add another box to that list, as Colossal Crate is a UK based geek subscription box that I’ve not had the opportunity to write about before. It’s not a brand new box, but it’s rather lacking in written reviews (there are a few unboxing videos out there).

The standard pricing for Colossal Crate is £19.99 GBP (around $28 USD), which includes postage. One downside of the postage is that the delivery was through Hermes, as opposed to Royal Mail, which is always a difficult courier to have to work around.

The contents arrived in a branded box, reflecting the theme of the month which was Aliens.

There was an information card included inside the box, but this was rather confusing, taking the form of a confidential card with most of the words blacked out. I’m sure that this was trying to be different, but wasn’t much help for anyone wanting to find out more about the box. The only useful thing that I picked up from this was that the T-Shirt was an exclusive.

Two of the items were also packaged inside envelopes, presumably to add to the mystery.

This uses the classic T-Shirt colour scheme of a black shirt with white print. As usual, this works well and looks slick.

The T-Shirt is a reference to Toy Story, although I wouldn’t have figured that out without help (but am sure that it’s the type of T-Shirt that I’d wear and other people would immediately spot the reference). 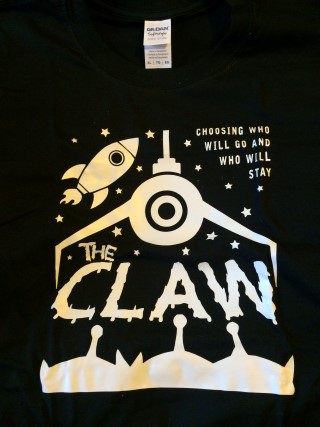 These scalers, designed to hang off cables, are always quite fun. This is bigger than the Scalers I’ve received in other boxes as well, at 3.5″ in size.

This is a nice vinyl item. You can also buy the Neca Scalers Alien Xenomorph on Amazon.com.

The figure I’ll use for the valuation is $11 USD. 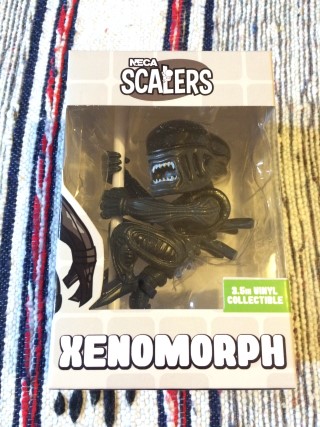 This is the second Neca item in the box, covering the same character as the Scaler, but manages to spell the name in a different way on the packaging (I presume that this was intended to be Xenomorph).

This 6″ tall collectible is quite a unique item, as it’s solar powered and rocks from side to side when it’s charged up.

You can see the Neca Body Knockers Alien on Amazon.com. The typical price for this is $11 USD. 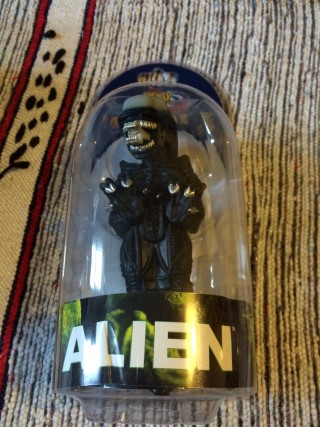 This was one of the two items in the box that was packaged to keep the contents hidden. Unfortunately, this one was rather a disappointment once unwrapped.

It’s an inflatable alien, which grows to 64cm (that’s just over 2 feet) tall when inflated.

On the positive side, I’m sure that I’ll find someone who’ll be amused with this.

There are lots of inflatable aliens of different sizes available on Amazon.com. Based on the selling prices, I’ll value this at $5 USD. 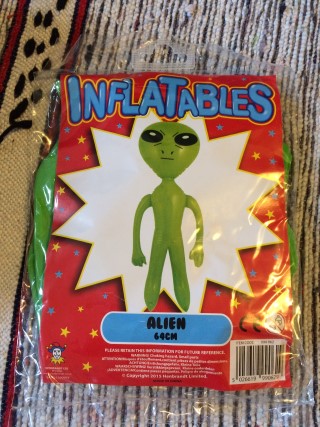 This is the second novelty item, which also came with outer packaging which had to be ripped off.

These are quite fun to look at, but are of no real use to me as I wear prescription sunglasses. I’m sure that I’ll find someone to pass them onto though.

I’ll use a value of $2 USD for these novelty glasses.

This final item, from Diamond Select Toys, is another fun one and tiny too.

It’s billed on the box as Alien Warrior, although it looks shockingly like Xenomorph/Zenomorph, which has already been in the box twice already.

These sell for about $4 USD each. 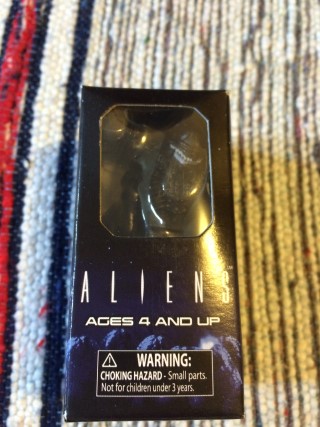 Like What’s On Offer With The Colossal Crate Boxes? Find Out More Here

A decent box, but this could be improved.

I make this $43 of value inside Colossal Crate, which is above the cost price.

As a positive, there are no badges, stickers or key rings, the type of items that have been done to death in geek subscription boxes.

There is, however, rather a lack of variety, with three different versions of the same figure, as well as two items that are rather aimed at children rather than the typical geek box audience.

It is interesting to receive a solar powered item in a box and the T-Shirt is a lot of fun.

Based on this first Colossal Crate, this isn’t a box that I’m going to put at the top of my rebuy list (there are so many boxes out there to buy now that I do have to watch my budget), but I will certainly check them out. I do think that Colossal Crate has an audience in what is becoming a busy UK geek box market.

Get Your Own Box From Colossal Crate Here