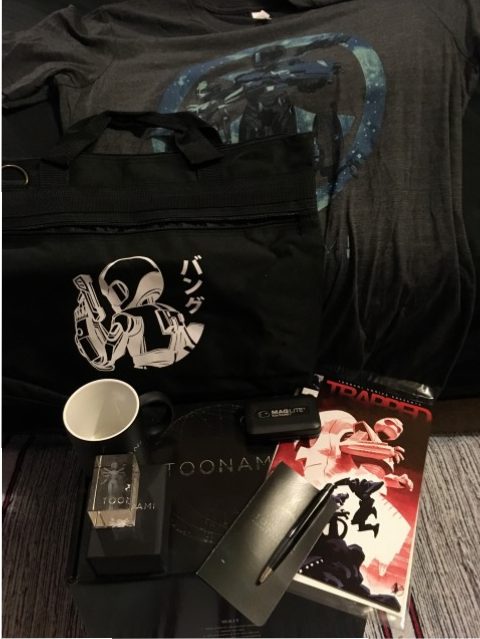 Adult Swim Box is one of the emerging group of premium geek subscription boxes.

In this case, it’s linked closely with a TV channel (albeit one that we don’t get in the UK), with the promise of a box being released every three months. The theme for the first box was Toonami.

I grabbed the first box during a discount offer. It arrived with me in the UK with little fanfare, with the final leg coming through Parcel Force (not ideal, as I had to pick it up from a depot).

I mentioned already that this is one of the priciest geek style boxes. Including delivery to the UK, this weighs in at $70 USD (£56 GBP) each time. I did manage to grab this during a brief discount period, as otherwise it would have been just too expensive for me to best out.

The box was high quality, a large box with several pictorial cardboard layers to unwrap. Unfortunately, one of the items had divided into the box during transit and there was no information card included (it isn’t clear if this was intentional or lost during transit).

Without an information card, some of the item descriptions are my best guess. I’m also assuming making some assumptions regarding which items are exclusives.

A simple but effective design of the subtle style I always like.

This is printed on soft dark grey stock, with the Toonami logo evident on the front.

I’ll give this the value of the T-Shirt standard here of $10 USD. 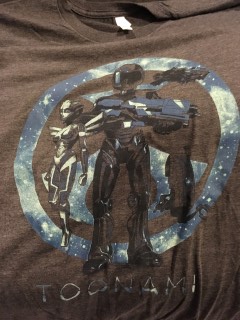 This was the item that arrived broken across the box.

Can’t go too far wrong with it. It’s a small torch. Conveniently, there’s a battery included.

I’ll value this slightly above the unbranded version of these torches, at $10 USD. 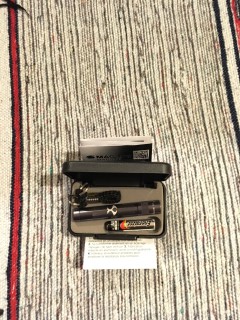 This is a special pen, which comes with a card with more details. It’s listed as the type used on manned space flights, working upside down, in a variety of temperatures, even underwater.

I’m not going to put all of those features to the test, but it sounds pretty useful, particularly working upside down.

This also has Space Pen displayed on the clip.

This design isn’t an exclusive, as you can see this Space Pen on Amazon.com. 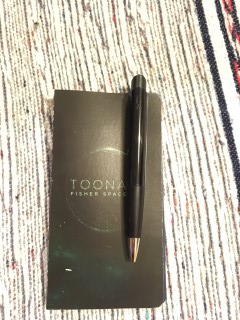 This is black satchel type bag, with a white print design. A good thickness.

I’d like to say it’s useful, but I get a load of this type of bag from conferences that I never use.

I’ll value this charitably at $10 USD. 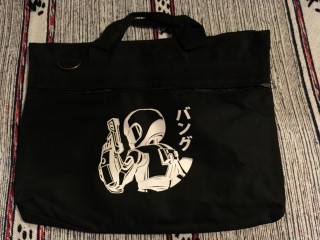 Can you ever have too many mugs? This one is pretty nice, a heavy black mug with the logo printed on the front and back. 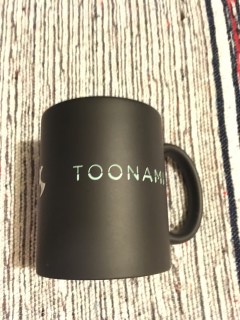 This is an impressive crystal style paperweight, which came boxed.

I can’t capture it too well in a photo, but the image inside changes depending on which side of the paperweight you look at it from.

Comparing this to similar items, I’ll value this at $20 USD. 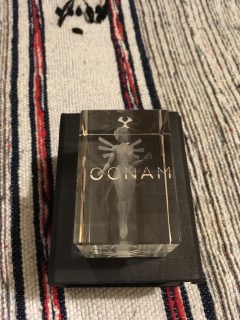 This was apparently released in November 2016 (although it says March on the cover). It’s printed on thick paper and also bagged and boarded.

As best I can work out, the initial release was digital only, although I don’t believe that this was printed exclusively for the box. There are no clues inside the comic.

This also doesn’t carry a price or bar code. But based on regular comic pricing, I’ll value this at $3 USD. 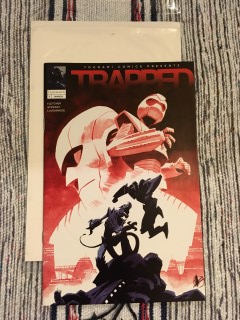 Like The Look Of Adult Swim Box? Find Out More Here

A premium box, with more value than I thought when looking at the items as a whole.

I get $72 USD of value, which is almost bang on the cost price. I’m sure that big time Toonami fans will value this at a higher price.

I do greatly appreciate all the effort that went into presenting the box. This type of box is so much more interesting to unbox than some of the small monthly geek boxes. Of course, with the cost of this, the value really has to be there.

Missing an information card or booklet is a major flaw that should have been corrected.

The best item has to be the paperweight, just for the novelty and value factor. I also really like the space pen, even if it’s the item that really isn’t themed at all. It will come in handy.

The other items are all fine, but slightly hit and miss. The mug will get used and the T-Shirt will get worn. I have a load of the Maglite torches (common presents received), but to be fair, it is one of the more useful items in a geek box.

I just can’t get Adult Swim Box regularly. My wallet wouldn’t forgive me. But I’ll keep an eye out for the best themes to take advantage of. There is interest in this high quality box.